NASA has been releasing some amazing pictures of Jupiter from various angles.

EDIT: I originally linked this because it was the HD version and I watched with the audio off. I didn’t realize it had surrealistic voiceover.If you want some weird “is this a NASA fake?” meanderings, see below:

It’s a lot more turbulent than I realized; presumably there is some spectral filtering going on to create those images.

And, of course, I had to hop into M/V Longshot and go do a few flyarounds in-game. That’s a kind of a task, because the way the game does things, planetary gravity wells interfere with your supercruise drive. One does not maneuver snappily around something as big as Jupiter, unless you approach it at some absurd speed. 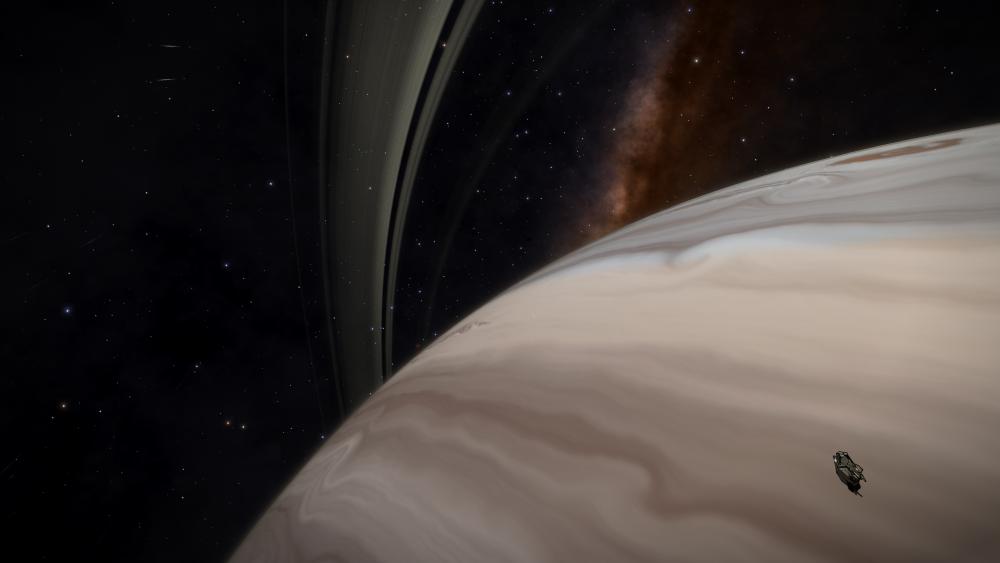 Jupiter is really really big. It’s so big that when you move the in-game camera’s perspective, the only thing that shifts is your ship. That’s Longshot down in the corner of the screen, looking very small and out of place.

When you get close to planetary rings, you can see individual rocks and dust. So I whipped around to the terminator and did a 180 then lined up for a sunrise picture. The density of rings varies by planetary model, so some planets have fairly thin, whispy rings in close to the planet – if you’re not careful you can slam into a cloudy ring and that’s awkward. Unfortunately (opinions about this vary) it doesn’t result in you turning into a little squirt of explodey stuff: you drop out of supercruise and suffer minor damage. I’m from the school of pilots that feel the universe should be extremely unforgiving, but I realize that would ruin the game-play for casual players. 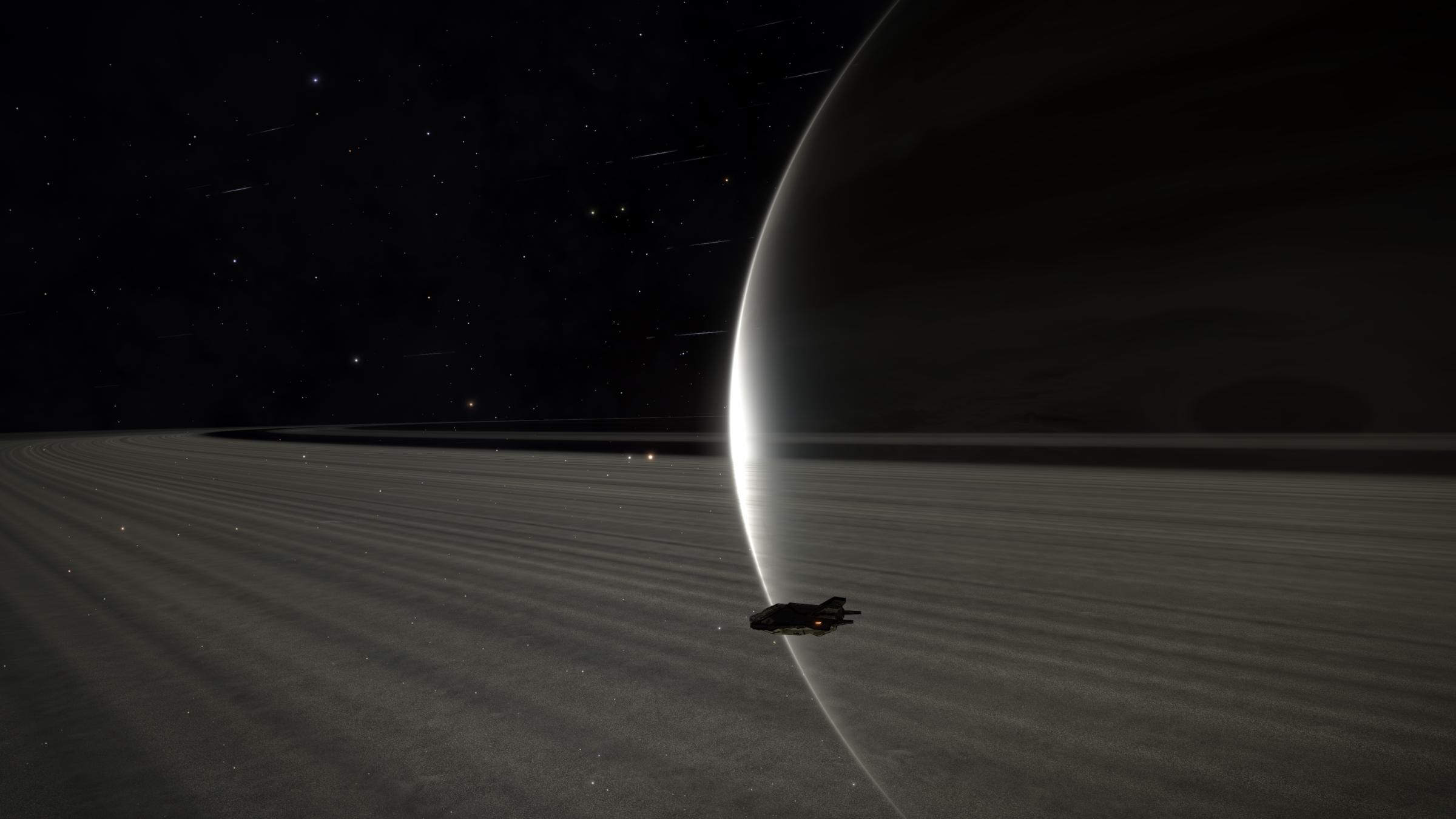 I run my gaming rig at 3840 x 2048 pixels, with maximum graphic quality settings. So these screenshots are gigantic files – I have to downsample everything heavily in order to use it, and my image archives are distressingly large. In a couple years, it’ll all fit on a thumb-drive, though. For now, if I click on some of these video files, my system (which is pretty beefy) just goes away.

Welcome our New Oligarch » « Walking Away With The Cake