It turns out that a large number – possibly several hundred – of the antisemitic bomb threats that have been coming in to Jewish community centers around the US, originate from one very sad puppy in Israel.

I’m sure we’ll learn more about this story as the full disaster unfolds in the fullness of time. [cnn]

In the US alone, more than 100 bomb threats have been made this year against Jewish community centers and schools. The threats were spread across 33 states and most came as part of five waves.

One thing I do know: bomb threats are not a joking matter to Israelis. It’s not like in Canada, where you can have someone making threats via email, and just blow it off as a crazy person[petition] – and it’s not like the US where you can threaten to bomb someone for letting a feminist talk.[kotaku] This is going to be taken seriously. Especially since buildings were evacuated and flights grounded: that costs money. 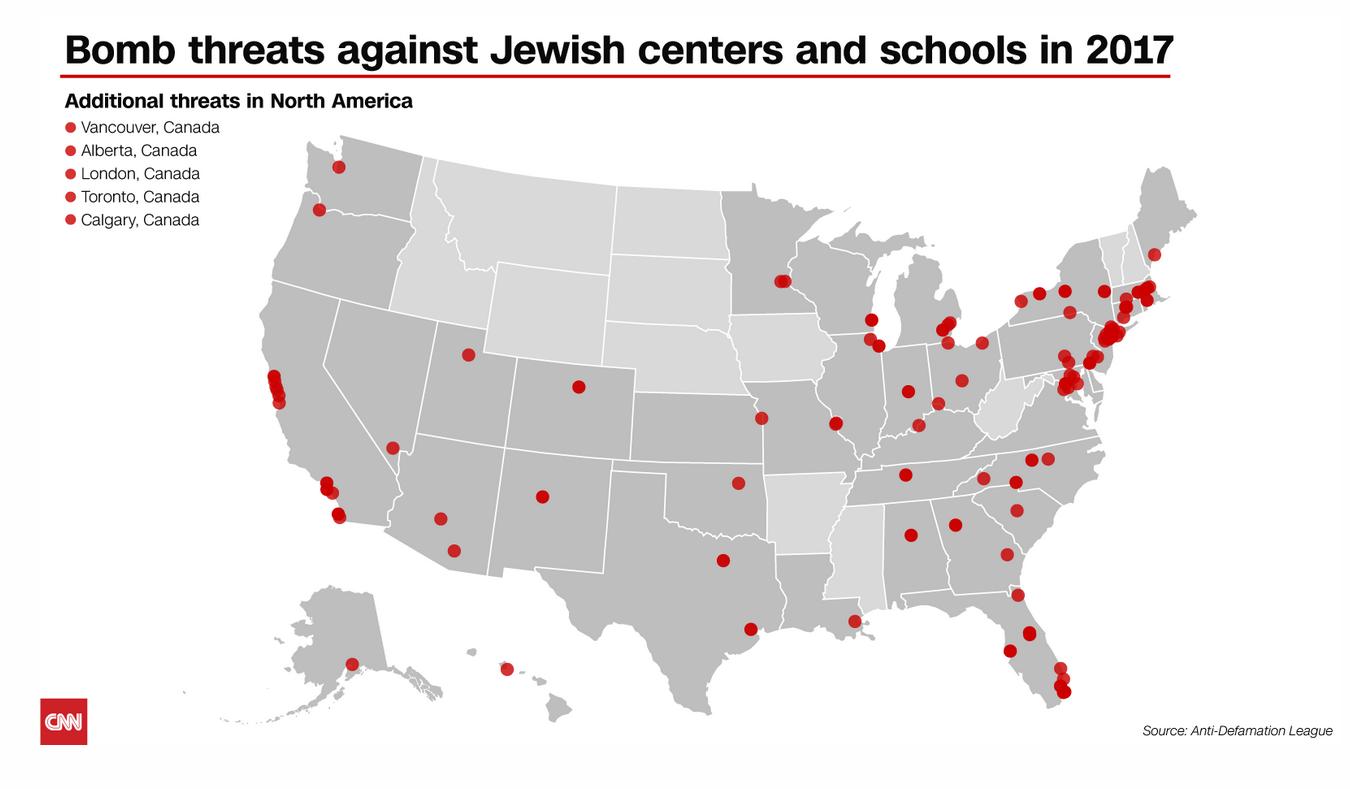 A months-long international investigation led to the 19-year-old suspect, who used “advanced camouflage technologies” to cover his tracks, police spokesman Micky Rosenfeld said.
The suspect holds dual American-Israeli citizenship, an Israeli security official told CNN. He was arrested in southern Israel after an undercover investigation with the FBI.

I wonder what “advanced camouflage technologies” the suspect was using. There probably isn’t good enough tradecraft to be able to elude the retro-scope for long. Of course, the “crazy” angle comes in to play right away:

The teenager has a history of behavioral issues and was diagnosed with an inoperable brain tumor when he was 14, his attorney, Galit Besh, told CNN.

This is not the only such case, sadly. A former writer for The Intercept, who was fired for fabricating quotes, made threats in order to intimidate a former relationship after a break-up. They made online threats and bomb threats against jewish institutions, targeting that person. [cnn] In this case, the threats were made in an attempt to cast some of the blame on the former interest:

The complaint alleges Thompson had emailed and phoned in threats to the Anti-Defamation League and other Jewish institutions. Some of those threats mentioned a “Jewish Newtown,” according to the complaint, an apparent reference to the infamous 2012 school shooting in Newtown, Connecticut.

Thompson made some of the threats in the victim’s name, while others were made in his own name, according to the complaint. Thompson then claimed that those threats had actually been made by the victim in an attempt to frame him, the complaint alleges.

I’m not anyone’s Miss Manners but in case anyone reading this hasn’t figured out: threatening someone’s life to cause trouble is not approved behavior. Especially not in a time when people are actually carrying out threats, elsewhere. Either of these two could have woken up to a hammer-blow on the door and a burst of bullets. When you scare people badly enough, they react predictably and dangerously.

Most of the bomb threats were believed to have been made by one person using technology to disguise his voice to sound like a woman’s.

Shoot, I own a Roland Vt-3 voice changer that I got on Ebay last year. It has a mode for that.