One of the hard parts about putting my opinion out here in a blog is that I have to turn over all my ideas and attitudes and look at them more carefully. I’ve done that, regarding computer security stuff, for around 25 years, and I like to think I’ve dislodged most of the B.S. But, when you start publishing your opinions about art, music, food, F-35s, military glory, and good scent oils to put in soap – it gets harder. Because I’ve suddenly moved into this weird grey zone where I know I’m writing about my opinion but I don’t want to take the attitude: “well this here is my opinion and if you don’t like it, F you.”  Because that’s not how to have an opinion. To have an opinion you have to actually think about why you have that opinion, and then you can decide whether it’s defensible or not.

Sometimes you slam face-first into the realization that you have held an embarrassing opinion. I am sure none of you will be surprised to learn that that happens when you start thinking about your privilege. In case any of you haven’t figured out, I have led a very privileged life, with wonderful parents who nurtured my weird interests, a red carpet path to a good education, and a universe of opportunities in a technical field dominated by ageing white guys like me. 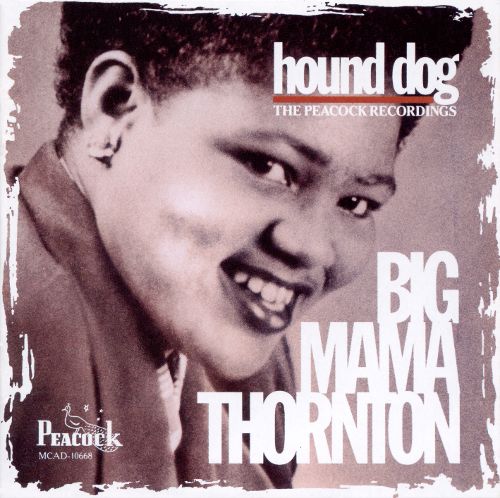 But, from an aesthetic perspective, I sometimes don’t catch on to something until it’s way too late. So, I’m going to expose a couple of really embarrassing things about myself that I can’t really fix, but I can acknowledge and publicly thrash myself over.  It all started with me growing up in the 70s and 80s listening to 98 Rock in Baltimore while I worked my summer job building burglar alarms (I was privileged to learn to solder professionally in high school, and – more importantly – had access to a top-notch machine shop and a boss who encouraged me “you can build anything you want with the stuff that’s here, if you can figure out how.”) Me and my co-solderer Tom used to sing along to Zeppelin and Janis Joplin and Steppenwolf. Good times. It wasn’t until I was in my 30s that I realized that Mick Jagger, the Animals, and Robert Plant were singing the blues. And Eric Clapton (who apparently has been a bit of a racist jerk) was playing Robert Johnson, and Muddy Waters. And Elvis was just a white guy who was doing his impression of James Brown, who actually had more cool in the tip of the shoe on his left foot than Elvis had in his whole body. Then came the 80s and I was listening to Eddie “Lockjaw” Davis’ “Battle Stations”, Michael Jackson, Prince, Talking Heads (which had a lot of caribbean funk) and The Crusaders. I started to slowly realize that rock and roll was a ripoff – or at best an homage – but I hadn’t yet heard the words “cultural appropriation” levied seriously against any of my favorite artists. (I also was a big fan of Andy Warhol!)

So, things I remembered, things I forgot. I slowly slid over toward a kind of drugged out experimental music (Jefferson Airplane and Starship, Pink Floyd, Talking Heads, Bauhaus, Laibach) and the issue of appropriation didn’t really raise its head much. I knew it was there but I was listening to Cab Calloway and Albert Collins, B.B. King (of course!) James Brown, Prince, and Michael.

Now comes the part where I want to throw myself on the floor in an agony of embarrassment. One of my favorite performances by Janis Joplin (a longtime favorite of mine!) was her performance of “Ball and Chain” live in Monterey. She kicked the crap out of that song; I mean, she destroyed it. It was great.

But then came the time I was going to send a link to a friend and I just punched in “Ball and Chain” to youtube and it came up with Big Mama Thornton’s version. I was devastated. I still am, and it’s been a couple years. Ok, a decade.

Let me explain: Janis could kick out some blues; I think that’s probably inherent in being a junkie. Junkies get the blues. But the song “Ball And Chain” is not just ordinary blues. It’s about being a slave. Slaves that ran away had a cannonball on a chain welded around their ankle. The ankle cuff, iron, inflexible, cut, wore, tore at the flesh – it was a constant reminder of the slave’s situation. It’s about the pain of feeling what freedom can be like, and knowing that whenever you reach for it – “something grabs a hold of me… and it felt just like – a ball and chain.” I still think Janis did a great job on “Me and Bobby McGee”; that’s one of my favorite songs, still, but. Uh. Ow. Here, let me throw myself on the floor a couple more times…

Sit down, be quiet, and listen to this. Embedding is disabled by request on youtube, so hold onto your heart because it’s gonna bleed, and listen to the real blues. https://www.youtube.com/watch?v=O-koxMcj84A

Sitting down by my window,
Whoa, whoa, looking at the rain.
Whoa, down by my window, baby,
And all around me,
I said suddenly I felt the rain.
Somethin’ grabbed a hold of me, darling,
Honey, it felt to me, honey like, yeah, a ball and chain.
Oh honey, you know what I mean,
It just hurts me.

This isn’t enough of an apology, but it’s all I can come up with.

There are several performances of this song by Big Mama, but I’d like to encourage you to start with the one that I linked above. Her intro, her carriage, her seriousness – the Romans had a word for it: gravitas. The gentle, gracious introduction, and the understated passion of Buddy’s orchestra: if it gets better than this, I don’t know if I could take it.