Men persuade themselves that religion is the most serious affair in the world for them, while it is the very thing which they least examine for themselves.

If the question arises in the purchase of land, of a house, of the investment of money, of a transaction, or of some kind of an agreement, you will see each one examine everything with care, take the greatest precautions, weigh all the words of a document, to beware of any surprise or imposition. It is not the same with religion; each one accepts it at hazard, and believes it upon verbal testimony, without taking the trouble to examine it. Two causes seem to concur in sustaining men in the negligence and the thoughtlessness which they exhibit when the question comes up of examining their religious opinions. The first one is, the hopelessness of penetrating the obscurity by which every religion is surrounded; even in its first principles, it has only a tendency to repel indolent minds, who see in it but chaos, to penetrate which, they judge impossible. The second is, that each one is afraid to incommode himself by the severe precepts which everybody admires in the theory, and which few persons take the trouble of practicing. Many people preserve their religion like old family titles which they have never taken the trouble to examine minutely, but which they place in their archives in case they need them. 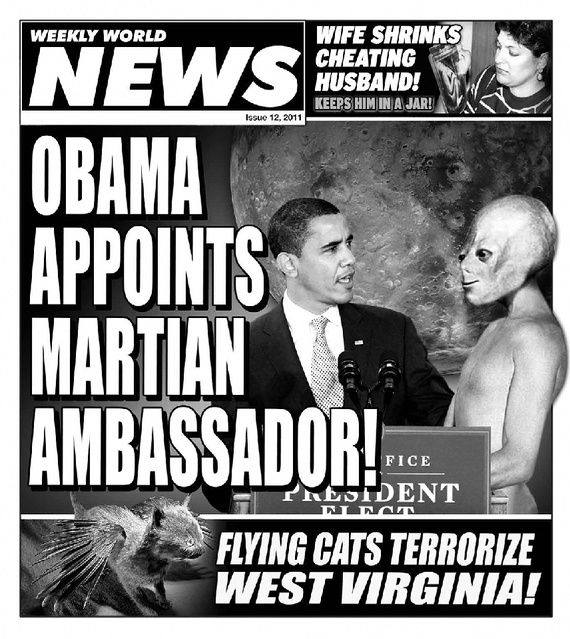 It really is amazing, isn’t it? Christianity and judaism are founded on stories of a guy who talked to a burning bush. Or that there was a fellow who personally talked to a god, and came back to convey his received wisdom. Offhand, I can think of three great religions founded on the latter claim: judaism, islam, and mormonism. There are christians who believe Moses talked with a god. There are muslims who believe Mohammed did. Oddly, there are christians who believe Moses did, but Mohammed and Joseph Smith didn’t. How can someone accept such a story from Mohammed and believe its literal truth, but not accept the exact same story – with the exact same evidence – from Joseph Smith? That’s what puzzles Meslier: based on the exact same story and evidence (i.e.: someone said so) a person is comfortable believing what would be the most important thing in the universe, were it actually true.

Imagine if you read the Weekly World News and accept everything it says as the literal truth. The Weekly World News is a more credible source than the bible because we have evidence that some of the characters in it actually existed. Barack Obama actually is a real person. That’s more than we can say for Moses or Mohammed (though Joseph Smith appears to have actually existed, and been a fairly ordinary con-man) – imagine if we woke in a distant future and discovered an entire religion had grown up around the miracles of Uri Geller! Geller’s repertoire of tricks is better than Moses’ was!