My dad says it’s something that happens naturally after you’ve worked in a field long enough: you start to feel like you’re looping back and forth on yourself. He used to say he’d find himself going to American Historical Association meetings as an “emeritus professor” that he had gone to as a newly-minted professor: some things had changed, some things hadn’t, so the changes and the gaps in the change were what really jumped out.

Back when I was a young puppy, working as a presales support engineer for Digital, I got thrown into a couple of projects with old-school computing gurus who later became my heroes and mentors. And a couple of those projects involved me going out to DEC West in Palo Alto, where (per my boss at the time, Fred Avolio) I used to stay at this lovely bed and breakfast that was within walking distance of the DEC computer room: the Cowper Inn. 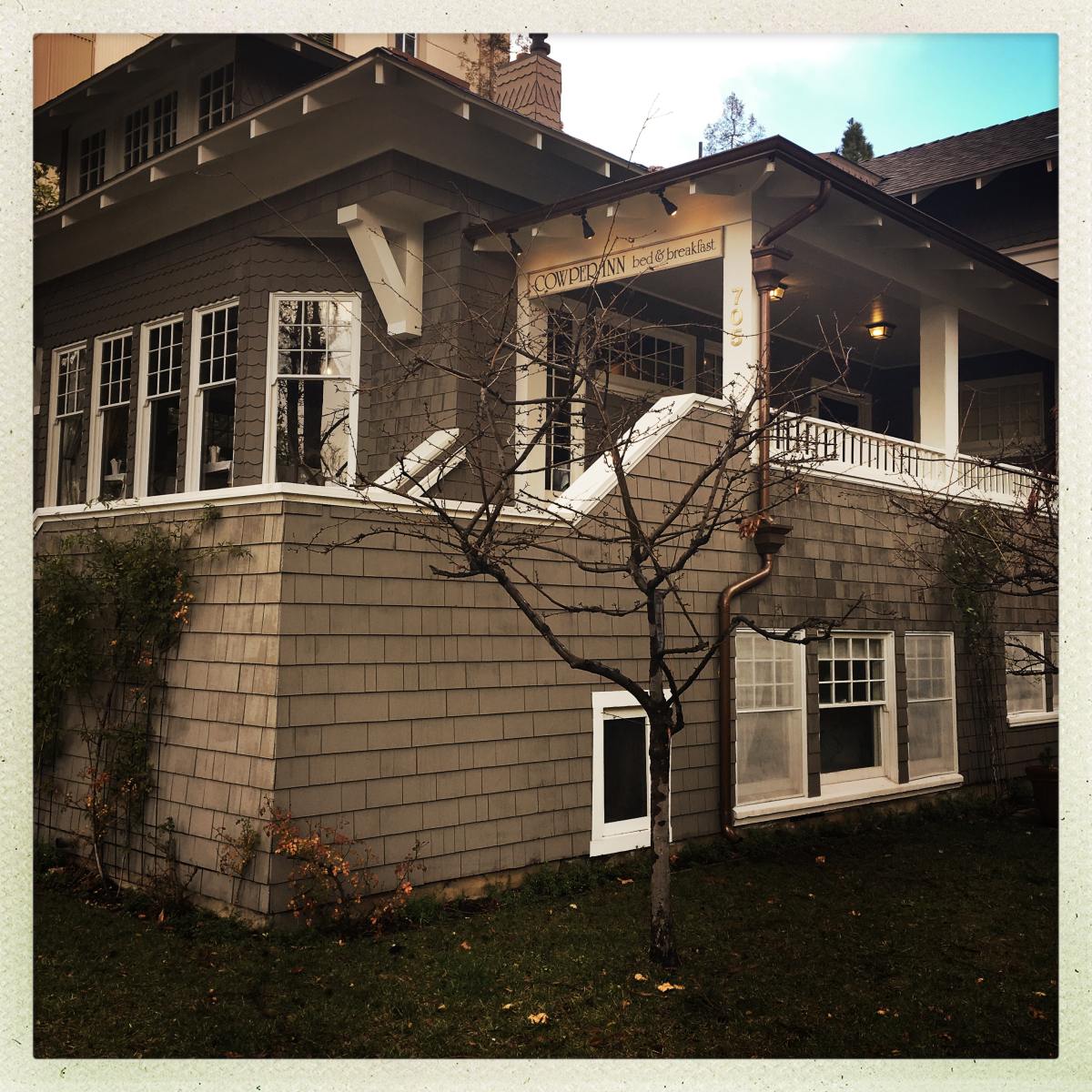 I try to stay in interesting bed and breakfasts, instead of chain hotels because they’re less cookie-cutter commercialized. A chain hotel’s going to have the usual corporate wall-hangings, and whatnot, but for the sake of difference, why not spend the night in a craftsman-style late victorian palace?

The “skyscraper” in the background is the building where the DEC West computer room used to be located. Paul Vixie ran the place with an iron hand; it was such a perfect computer room I used to think it said some things about how unhealthy Paul’s mind was. Now, I know that Paul was just 25 years ahead of where most organizations are; his racks looked like Amazon’s racks, 5 years before Jeff Bezos had heard of “http.”

It just feels somehow weird, like you’re going back in time – in the back of a taxi from SFO (which has changed profoundly) to an old victorian building next to a data center for a company that was once a giant of computing that suddenly vanished like a soap bubble. Things feel so different but so similar: I’m chasing an idea – there’s some code I want to see written, products built and shipped, money made and lost – but as I sat in the taxi I realized that the code I was writing back in the days of my early stays at the Cowper – nobody’s running that stuff, at all, any more. I was writing firewalls that only had to gateway FTP, Telnet, rlogin, and USENET News/NNTP. Even those protocols are gone. It all seemed so important at the time.

Meeting with Venture Capitalists is all about what’s important at the time. Thinking back to those days, Adobe Systems had just graduated from being a start-up. Page Mill Software (on Page Mill Rd, right in what is now the heart of Venture Capital Country) was a start-up trying to invent desktop publishing. Sun Microsystems was three or four buildings on the other side of El Camino, and if you were lucky you might pass John Gilmore bicycling to work on his way to Cygnus systems. It was all important to the venture capitalists of that time, they were intensely focused on the big opportunities which are now gone, irrelevant, forgotten. 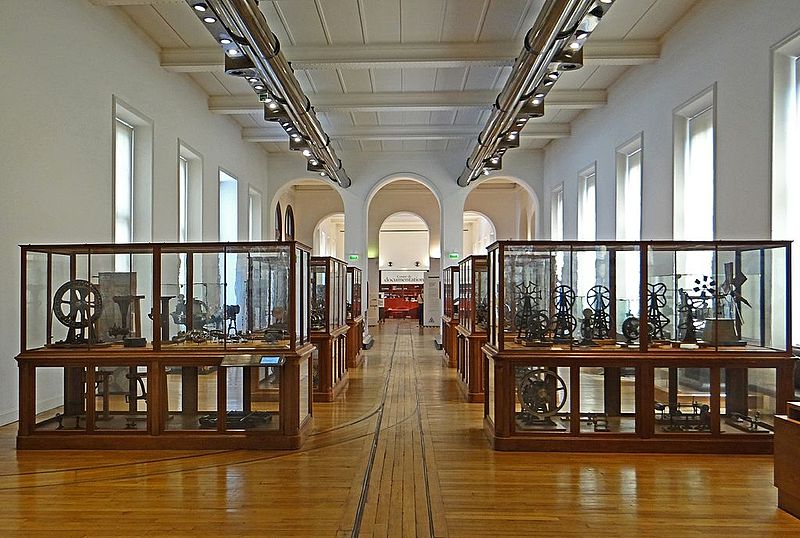 As a kid, one of my favorite magical places in the world was the Musee Des Arts et Metiers in Paris: that’s the “science and technology” museum. In the 60s, it housed all of the miniature models that the French patent system required an inventor to make: you had to submit paper description of your new machine-loom, as well as a functional miniature model. Software like I experience it didn’t exist, yet, but Jacquard’s looms were part of the inspiration for John Von Neumann’s idea of internally meta-programmed devices. None of that mattered, either: incremental improvements to steam engines, who cares? The museum has changed, too, but some of it is the same. Page Mill Rd has changed, too: what used to be a sushi restaurant I ate in in the Digital days is now a Starbucks. Starbucks hadn’t been invented, yet. But I’m sure that venture capitalists were pretty much the same back then. 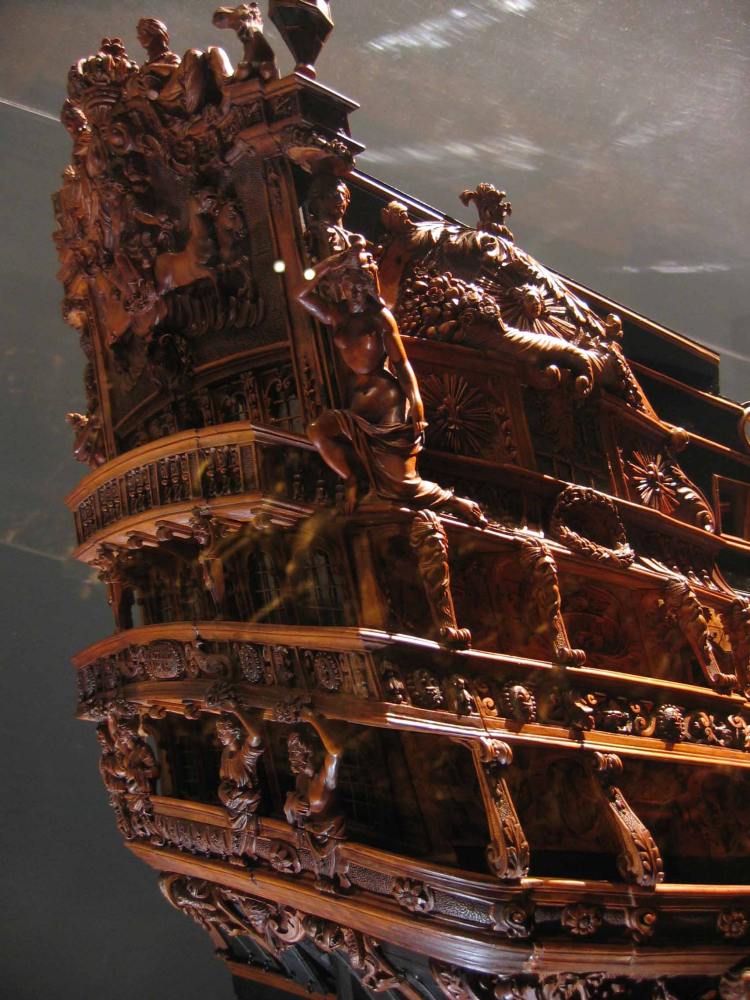 My other favorite museum was the Musee De La Marine – the naval museum. Because, starting under Louis XIV, who built out a huge military, ship builders proposing a new ship of the line were required to submit a scale model first, so that royal naval engineers and acquisition specialists could assess it and think about whether it looked OK. Those ship builders were like today’s entrepreneurs: going around, hat in hand, “hey would you be interested in this new idea we have for a ship?”*

Today, we carry a laptop and some powerpoint, and we paint our dreams in air, like some kind of interpretive dance.

This is all in my mind because the Cowper inn hasn’t changed a bit, and, in one of the venture capitalists’ office, there was a 2u high rack-mount box stuffed full of 512mb flash drives, that was the first server of what later went on to become a multi-billion dollar storage company. The name of the engineer who designed Le Soleil Royal is still known. And Jacquard’s loom-technique still bears his name. Some stuff changes, some stuff doesn’t, and we remember some pieces and other pieces are lost in time. It’s kind of beautiful, really. For one thing, it means that most of our mistakes are erased and forgotten in the deluge of subsequent improvements that follow success. People may talk about the glorious early days of the internet, but I remember a great deal of frustration with /usr/ucb/mail.

The last time I went to Arts Et Metiers and Musee De La Marine, all I could think was that behind every single piece of every thing I saw, were forgotten deeply personal stories of passionate invention, incremental improvement, frustration, flashes of triumph. The endless grind of culture and technology.