Since Caine’s over posting badgers and mushrooms, I thought I’d drop a snake. 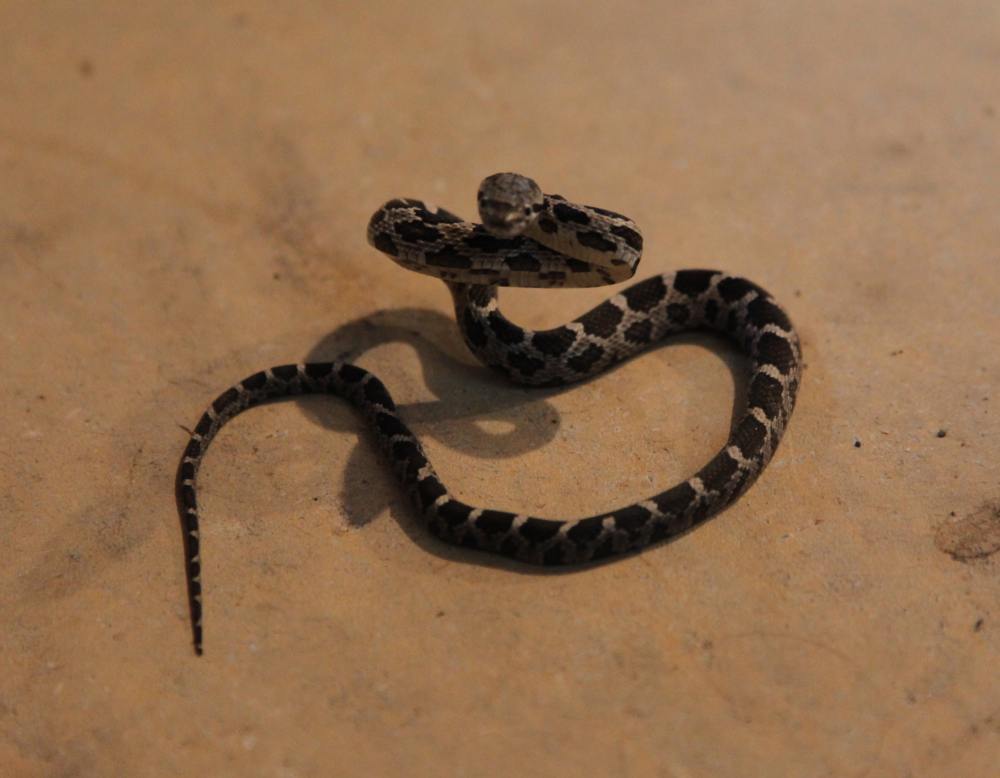 I have problems with mice. They’re adorable but they eat books and soap and cannot be negotiated with. One year a mouse family made winter residence in one of the pockets of my ancien regime justaucorps and, when I wore it out to a fancy dinner, I discovered I had a pocket full of mouse poop. If I could convince them not to eat the books, I’d tolerate them. But, one day I discovered the mouse population seemed to be going away, and then I met “basement snake” — BS is just a milk snake (I hope!) but like many snakes he’s pretty good at pretending to be a rattler. BS’ primary residence is under the freezer chest in the basement, which is fine with me. Occasionally there are big streaks of snake poo (formerly mouse) but BS doesn’t eat books, so he’s welcome.

I’ve had a variety of snakes in the basement over the course of years. There is a whole line of black rat snakes that come in and out whenever they want to molt (which is also fine: they don’t eat books) 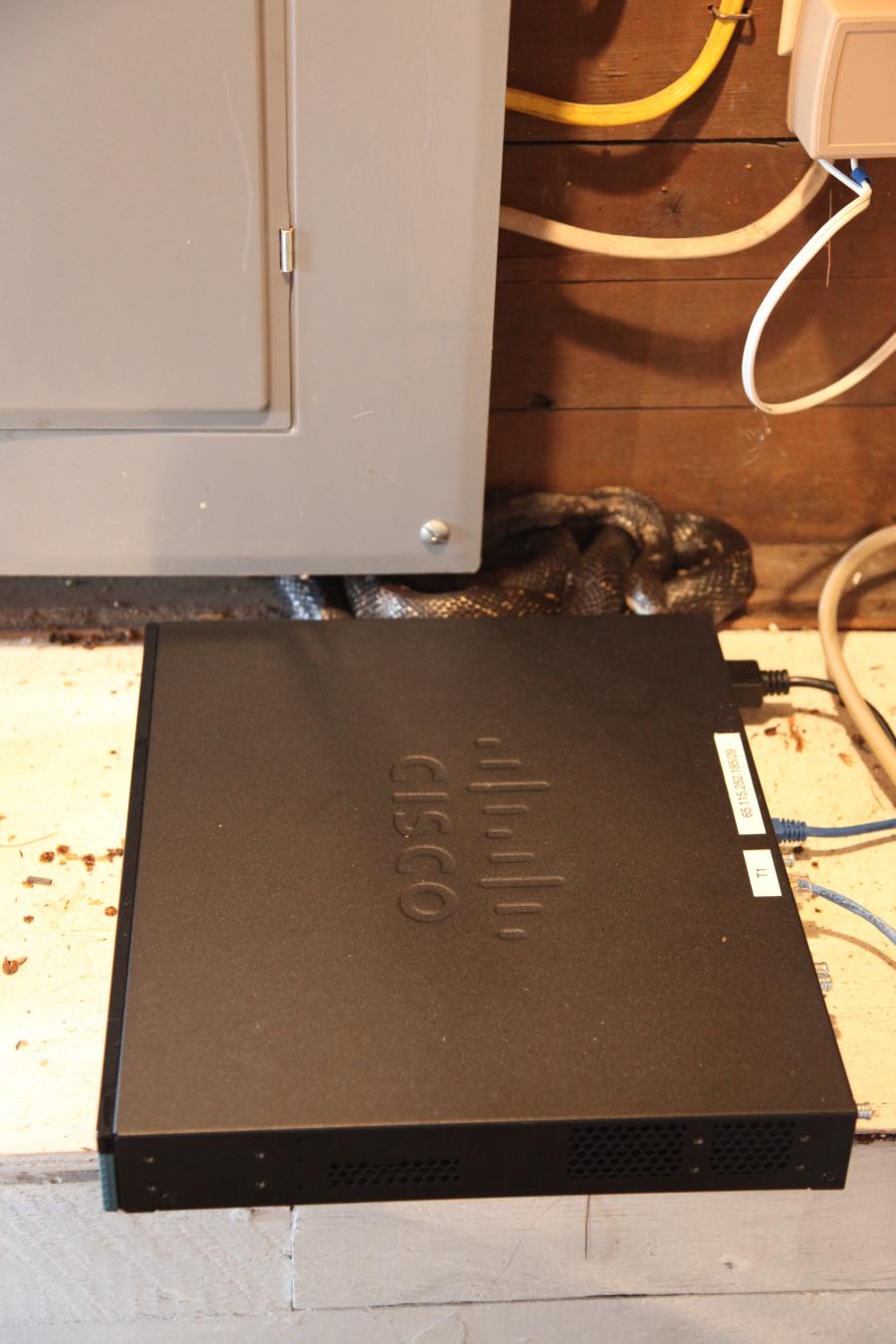 Router snake used to like the heat plume that came out of the side-vent of the T1 router. (Actually, I guess he should probably be “Firewall Snake” because that’s not a barebones router… Or perhaps “VPN Viper”…)   The T1 got decommissioned so the black rats tend to hide in some other inscrutable place.

I’m not scared of snakes but I admit I did a bit of yelping and running one time I was loading up the washing machine and I felt water dribbling across my foot, looked down, and discovered it was a 6 foot black rat snake leaving in a huff.

Monday Meslier: 5 – It Is Not Necessary To Believe in a God and the Most Reasonable Thing is Not to Think Of Him » « The Hardcore of Yore – Dickey Chapelle