A couple years ago, I was invited to do the closing keynote at the ISSA world conference in LA. It was a pretty memorable evening for me because I took the stage after a panel consisting of Richard Clarke, some FBI executive, and another speaker – and they were talking about cyberwar and the need for more government oversight to protect us against cyberterror (in particular) and terrorism (in general). So, I started my talk off by saying “I know it’s inappropriate for a keynote speaker to start off by rattling off a critique of the panel ahead of them, but there was a lot of lying going on…” Things went downhill from there.

There was a meet and greet after the conference, and I was embroiled in courteous but energetic discussion with a small knot of people off to the side of the open bar. One of the comments I had made in my talk was surrounding the FBI’s Virtual Case File program – a spectacular repeat failure that has sucked up a huge amount of taxpayer’s money. FBI keeps complaining about not having enough money, don’t’cha know, and their political solutions to social problems seem to revolve around: “give up your rights to make life easier for us because doing FBI stuff is hard and by the way we need more money.”

Actually, FBI needs to spend the money they get more wisely – instead of tossing huge front-loaded contracts to beltway bandits, maybe they should understand information technology. But that’s a story for another day. What happened next is the important point: one of the people I was talking to laughed and said, “If you think the FBI is bad, you should look at the Air Force!”  And so I promised I’d do that.

I started reading up on Air Force procurement and weapons systems: what they are buying and what they have already bought. “Horrified” is an understated description of my feelings after a bit of that. I learned about the Osprey – a troop transporting aircraft that lands so hard in VTOL mode that they had to pad the passenger seats with more padding so the passengers don’t suffer spinal injuries. I read Pierre Sprey, and Chuck Spinney. I read about the F-22 and its stealth coating that isn’t waterproof. 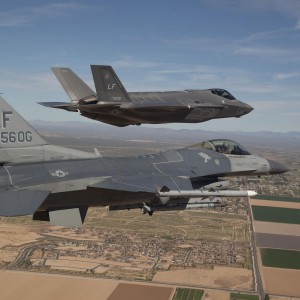 I read about the F-35… I can’t really get started on the F-35, here, but the F-35 program is such a waste of money it will shock anyone who comes to understand it. The F-22 is dead (there’s a reason that the Air Force still flies F-16s) finally, but the F-35, wow. The F-35 is a trillion-plus dollar program that’s producing an aircraft that’s flying lunchmeat: the F-16s it’s supposedly replacing can wax them easily, and against Russian or Chinese current-generation aircraft the don’t have a chance.*

A year after the talk in LA, I was doing at talk at a University up in New York, and in the Q&A period one of the students asked me, “You’re very negative on how taxpayer’s money is being spent on cyberwar. Is it really that bad?”  So I told the story about the air force. And – seriously – compared to the F-35, it’s a rounding error. So I think I said, “It’s a rounding error but, you know, a billion here and a billion there and pretty soon we could have had single-payer health care, or free universities, or government subsidized housing.” And I told the story about the guy who said “… take a look at the Air Force” at the conference in LA. Ha, ha, ha.

I went and had lunch and while I was eating an older guy – a US Navy veteran it turned out – sat down with me and said, “You know that thing you said about the FBI and the Air Force? That was pretty funny. But if you think that the Air Force is bad, you should look at the Navy.”  Ha, ha, ha.

So I looked at the Navy, starting with the nuclear submarine-building scandals of the 70s and 80s. I learned about how the Los Angeles class attack subs were so badly built that they were way over specified weight and the manufacturer wouldn’t have a chance to get them accepted, so they removed structural members so the sub could cruise at the rated speed – but the crush depth was dramatically reduced to the point where the sub was easily audible on the surface when it was going at rated speed – it couldn’t dive deep enough. I learned about the Aegis missile boats that had command systems so unreliable that they occasionally “bricked” for no apparent reason. 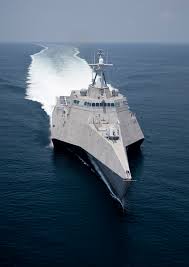 Then I started learning about the Littoral Combat Ship (LCS) which is possible the doggliest boondoggle ever: it was sold as a replacement for frigate-class ships in order to get congressional approval – the navy needed frigates – but, of course, it turned out to have “survivability” issues: it’s smaller than a destroyer and in order to get its speed up they made it out of aluminum. So, yeah, it doesn’t take punishment nearly as well as a ship made of steel that’s more than twice its size. Surprise!

Smedley Butler** wrote his famous piece “War Is A Racket” about the profiteering in WWI and the situation hasn’t changed much except that US military expenditures are vastly higher now than they were then. Where is it going? Simple:
It’s a great big entitlement program for the defense industry.

A lot of how badly we taxpayers are getting screwed is classified, to protect the venal robbers that are sucking at the pentagon’s overflowing teat. Presumably because if everyone knew how bad it is, we’d do the “pitchforks and torches” dance with congress and the chiefs of staff as our partners.

Congress and President Obama (Presidents Clinton or Trump will certainly continue the program) are preparing to spend another $1 trillion to “refresh” the US’ already ridiculously disproportionate nuclear arsenal. The LCS program is way over budget, the F-35 is going to cost a bit over $1 trillion too – and it’s going to produce an aircraft that the Air Force will almost certainly only use for limited deployments, like it did with the F-22. The nuclear “refresh” will almost certainly result in the US cheating or exiting the limited test-ban treaty because new nukes gotta be tested, amirite? And in case any of you didn’t know, “refreshing” a nuclear warhead is not like changing the oil in your car – the way you do it is: build a new nuke, dismantle the old one (maybe) and call the new nuke the old nuke.

If you encounter someone who says they are “fiscally conservative” ask them how much they have studied pentagon and intelligence community procurement. If they haven’t studied this stuff, they are simply not serious about their conservatism.

As I see it, when President Obama made the choice to not have a civilized-style single-payer health care system, but didn’t shut down the nuclear “refresh” he made a choice for every taxpayer in the country – a choice we taxpayers probably would have made differently, if we understood it.

(* This might make an interesting article. I’m not sure how much interest there is in strategic air combat neepery)

(** One of the founders of the Marine Corps)

Officer Is Friendly If You is White » « Monday Meslier: 98 – An Oriental Legend