This is all over the interwebs, as it should be, so I won’t apologize if you’ve already seen it.

Apparently in Sydney, Australia, there is a royal easter show that includes a runway fashion turn for ducks. My Modern Met has the story [met] and these photos are lifted from there.

I am also impressed that they got prince Andrew to pose in some of the shots. 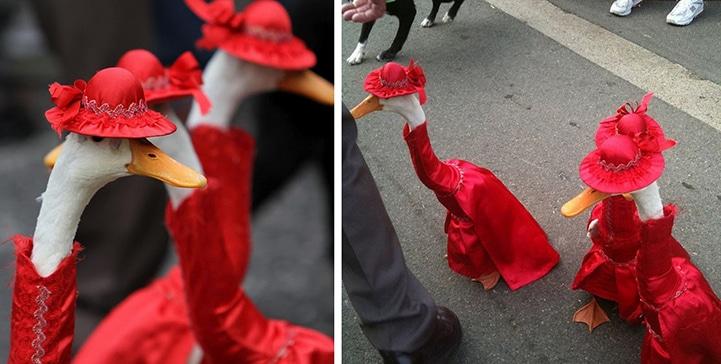 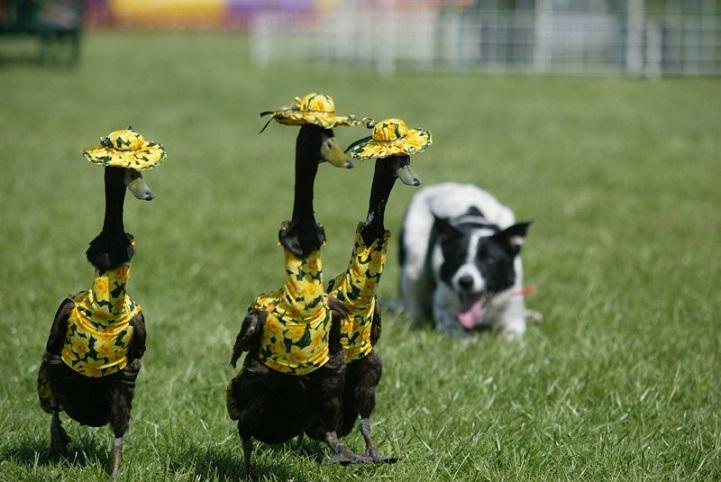 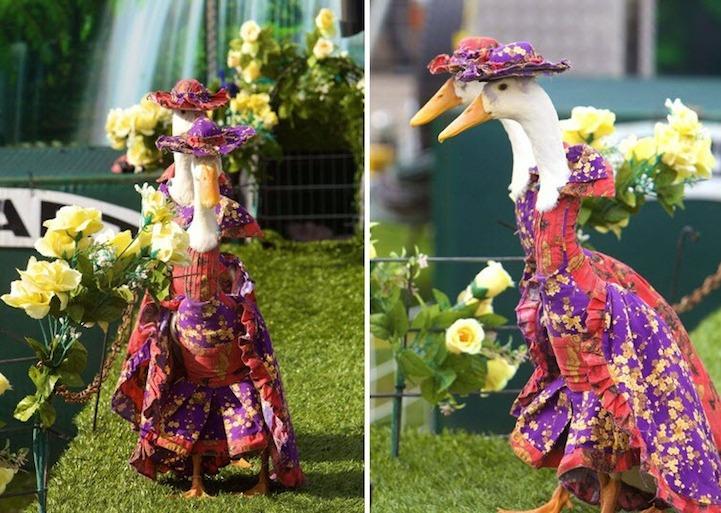 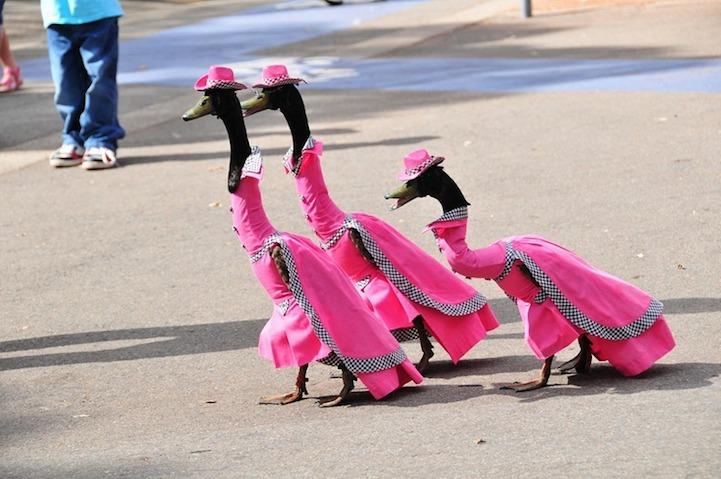 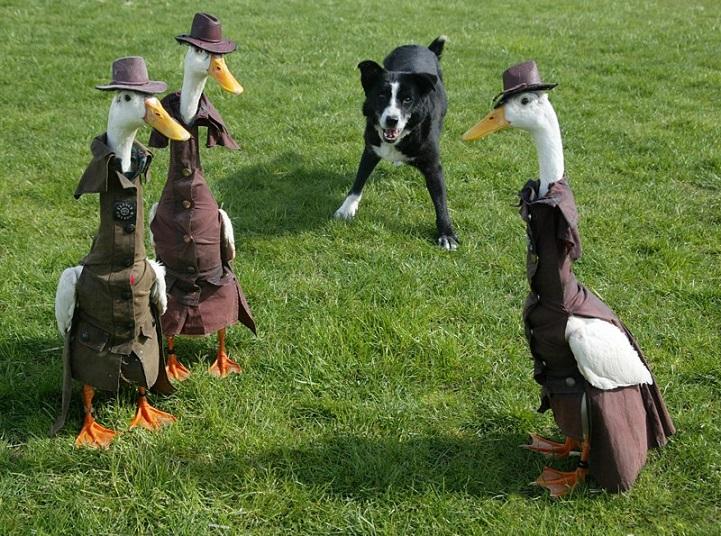 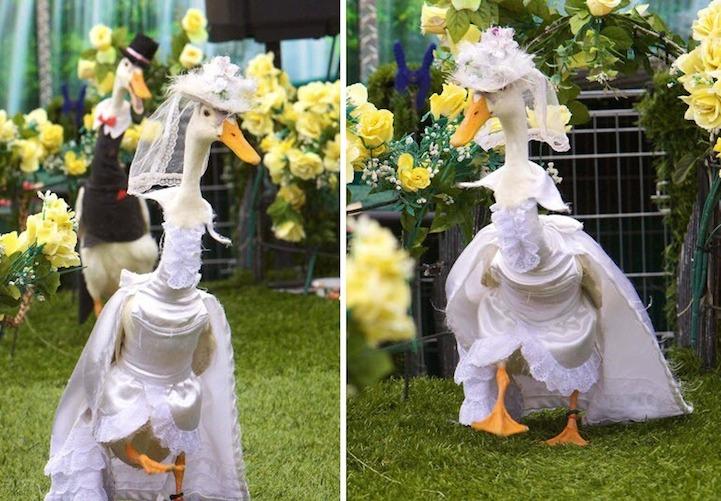 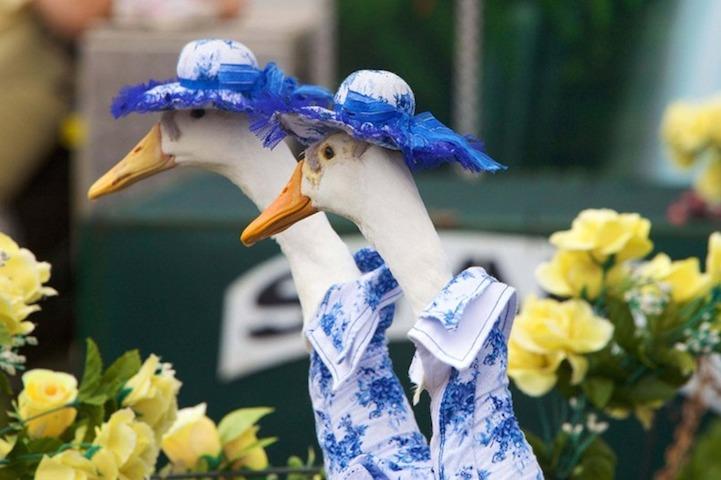 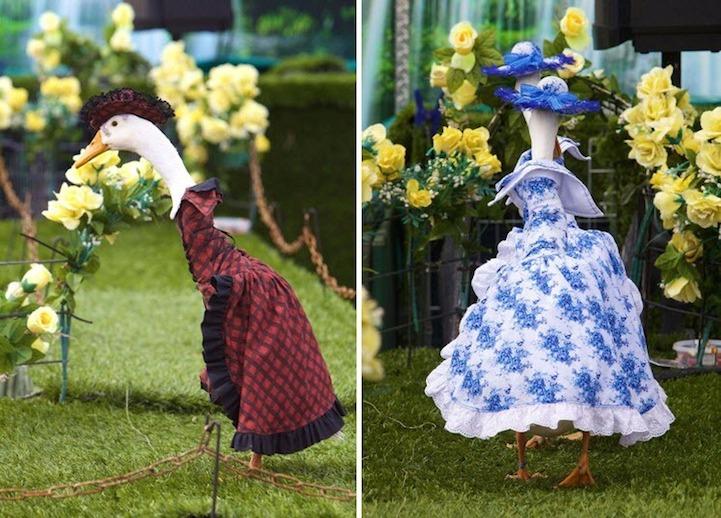 I am sad that it’s too late to do an episode of Absolutely Fabulous where Edina and Patsy get suckered into flying down to Australia to serve as celebrity judges for this important event. Naturally, Bubble gets the flight arrangements wrong and somehow Saffy has to stand in.

I would try to put a Boris Johnson wig and a Donald Trump wig on another; perhaps dye the poor creature slightly orange. A duck in pope drag would also be quite impressive. There is a lot of potential in this contest.

Someone with good video editing and voice-over skills could have a lot of fun with this.

I was just thinking “It looks like someone developed a pattern and everyone just riffs off it” and then I realized that the ducks wings are trapped under the “dress” and perhaps the ducks’ experience of the event is that they are trapped and desperately trying to escape while predators surround them, staring and laughing with their teeth bared, “foie gras!”

Are those geese or ducks? Is there a sufficient difference that we can tell? I am pretty goose/duck-averse because of a run-in I had with an angry muscovy duck as a kid.

The Last Days of the US in Afghanistan » « Cause For Optimism?