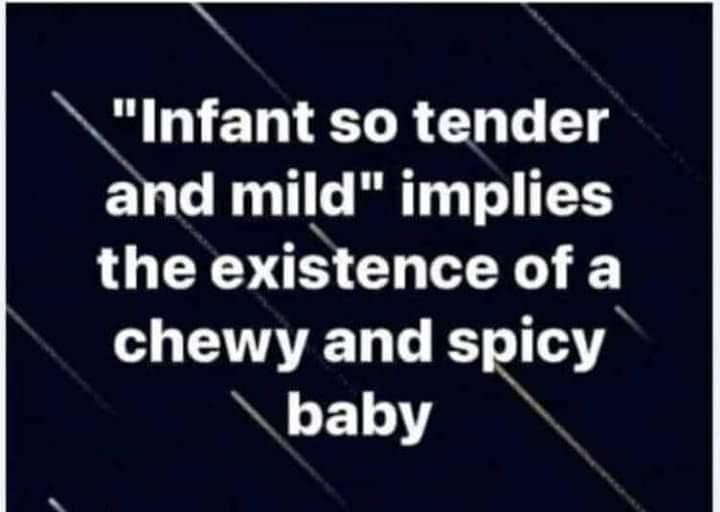 When I was a kid I wondered how an infant full of holes survived, and why the infant was holy in the first place.

But this takes it to a whole different place. (H/t Becky)