Recent conversations about small modular reactors reminded me about the US government’s history of leaving and losing nuclear reactors in various places, during the cold war. To be fair, the Soviets lost a few, too. And, even recently – one aspect of the Russian submarine Kursk that sunk in 2000 [wik] that didn’t get a lot of air-play was the fact that a nuclear reactor and several nuclear warheads sank with it. That must have made recovering the wreck interesting, and I’m sure that NATO intelligence was skipping about with glee at a chance to literally dissect a Russian ballistic missile sub. I wonder how many times the Soviets got to perform similar dissections on US gear?

Let me slightly redirect the topic, though; consider Project Iceworm and Camp Century, and what they really mean. I’d heard about Camp Century back in the 90s but never pieced together the implications; we’ll get to those but first some recap. Project Iceworm was to construct a massive (and I do mean “massive”) under-ice fortress up in Greenland, with some 1800 miles of tunnels. That sounds crazy – it’s a not very hospitable environment to construct in. 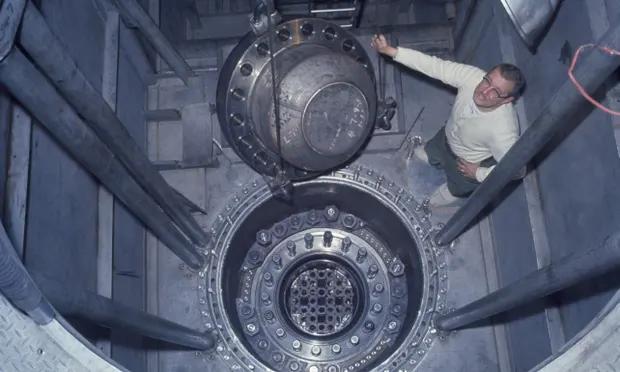 I suspect that the idea of building under ice came out of WWII experiments with ice-structures, like the pycrete (ice and sawdust) aircraft carrier Project Habakkuk [wik] – it turned out that ice is really hard to destroy: it doesn’t burn well and it takes a huge amount of energy to melt. It withstands shock well. It’s almost as if, when Kubrick was writing Doctor Strangelove his whole bit about the “mineshaft gap” was based on information that there were bolt-holes in the Greenland ice that could potentially survive a nuclear war. And. of course, it had its own little nuclear reactor to power it. 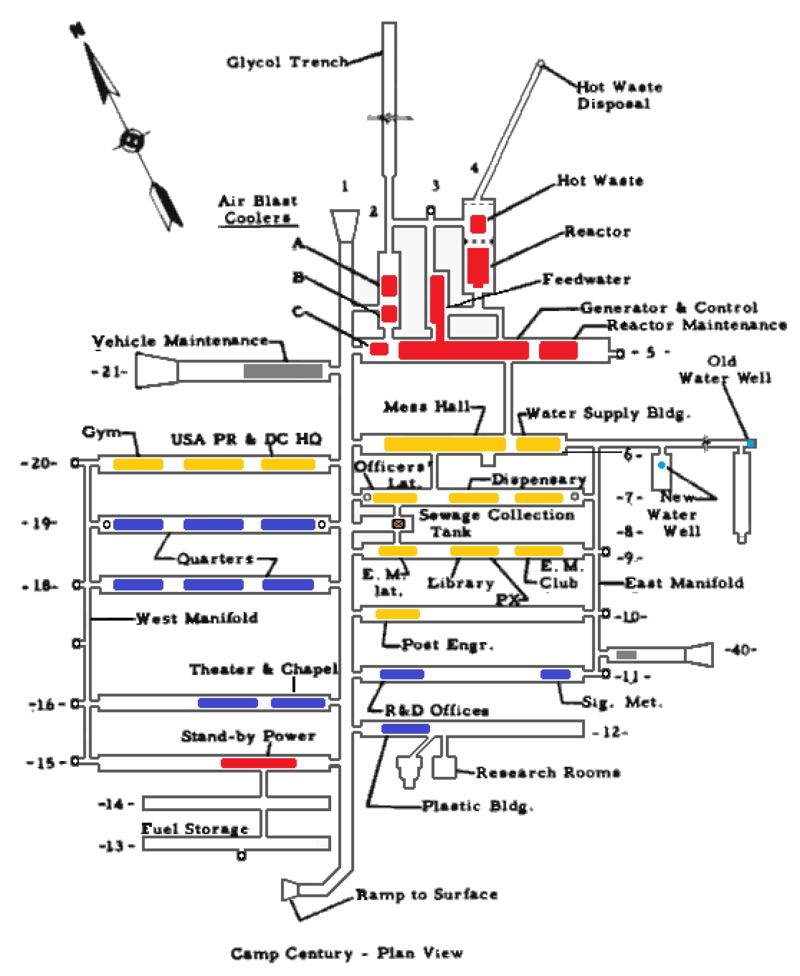 All of this was done supposedly without the government of Denmark’s knowledge – they were told that the US was doing some research, not building a nuclear base. I say “supposedly” because it doesn’t seem credible that anyone would not check up on what the Americans were doing. Everyone knows those guys are always sneaking around lying about what they’re up to. It beggars my imagination that the Danes would think a simple research station would be so huge and need a nuclear reactor, etc.

That picture is the sanitized one – that’s just the official main base (which never got fully built) What’s omitted are the silos. Silos for the nuclear warhead-carrying missiles, that were the real reason the camp was being built.

As the wikipedia page delicately puts it:

The missiles were never fielded and necessary consent from the Danish Government to do so was never broached.

Or, “since we never did that violate your trust as we had planned to, we don’t need to apologize.”

Construction on the camp and the sub-glacial nuclear reactor began without explicit permission from the government of Denmark, leading to a political dilemma for Prime Minister H. C. Hansen.

[“and now for a Massage from the Swedish Prime Minister.”] The further construction of the camp was halted because it turns out that ice is strong but not stable – the place was moving around. At the time, in the 1960s, the ice-pack on Greenland was still growing so one problem was that the base kept getting deeper and deeper. Now, it’s a lot more shallow. But having the base get deeper is a problem because the missile silos are threatened. I assume shoveling the snow off a silo door is no trivial task. 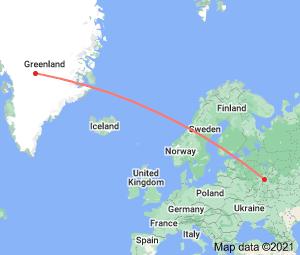 Now, it gets ugly. The presumptive reason for building such a base is that it could potentially survive a nuclear war. For one thing, who’s going to speculatively nuke Greenland? As long as the base stayed secret, it would not be a target. That’s all the official story, anyhow. What I think was really going on is a lot more grim. Greenland is half the distance to Moscow than the East Coast of the US – a bunch of missiles launched from Greenland are going to show up, surprise!, in half the time. Project Iceworm wasn’t intended as a base to survive a nuclear war, it was intended as an outpost from which to start a nuclear war and the to survive the aftermath. This was the 60s, remember – around the same time as the US was positioning medium-range ballistic missiles in Italy and Turkey, too, basically surrounding the USSR with first-strike weapons that could obliterate the country before they had a chance to get a counter-strike into the air.

If what you’re trying to do is deter the other guys from launching a nuclear strike, you need a few missiles that are distant and deeply buried, hard to hit, which can be brought out and launched in response to an attack. What you don’t need is a bunch of weapons that are designed and positioned for launching a decapitation strike. The Cuban Missile Crisis, which caused a massive temper-tantrum from the US, was doing to the US what the US was doing to everyone else – positioning missiles where they could quickly reach Washington, DC. Basically, the Soviets were going, “OK let’s see how you like a taste of your own medicine” and the US really didn’t like the taste at all.

The US was constantly planning and positioning itself to win a nuclear war, and it still is. All that talk about “deterrence” is window-dressing and anyone who takes a close look at what the US has been doing since the 1950s cannot possibly mistake its policy as peaceful. The surprise, to me, is that the US has been in a position to win a nuclear war against various opponents several times since the weapons were developed and has managed to refrain from doing so. Given how trigger-happy the US is when it comes to dropping conventional high explosives on peasants, that’s the real surprise.

Open Thread! All the Error Messages That Fit » « Ethiopia