I’m sure you’ve seen pictures of the royals in military fig. They look pretty impressive, don’t they? 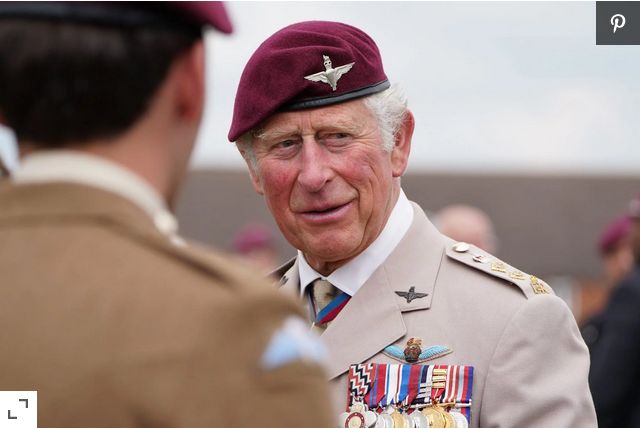 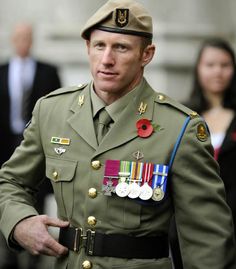 An actual SAS trooper with some actual medals for actual bravery

Wow, the beret – symbol of the elite fighting man, or something. The winged logo and the colors of Charlie’s uniform are colored to somewhat resemble/imply the Special Air Service (SAS) – Britain’s most elite soldiers. Except, it’s not. It’s fun-ish to decode the various ribbons and try to see what they allegedly mean. There are people who give a shit about the royals, who do that stuff, non-ironically (I think) as though these ribbons and pipes mean something. I’m going to ‘spoiler’ a bit: they’re mostly “congratulations, you are a royal” medals.

Of course the various royals make some attempt to be seen in military situations, because it helps support their insecurities, but when they go to battle, they are surrounded by a massive screen of guards, helicopter into someplace, pose for some pictures looking tough, then go back to safety and next thing you know, they’re back in England cutting ribbons at some building dedication, or molesting kids, or whatever royals do when they’re not being closely observed. 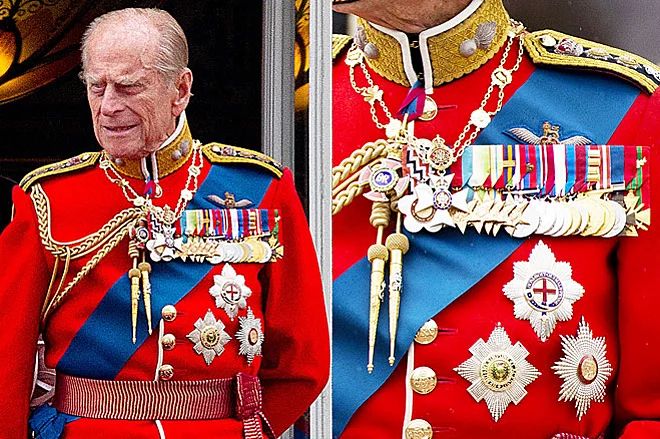 He’s wearing the “Order of the Useless Rich Guy” and, over there, that’s the ribbon for “participated in a thing.” You do have to admit that the tailoring is spectacular.

I think the chest-load of shit he’s wearing is offensive, actually, if we’re to take military honors seriously. For example, look at the maltese cross-looking thing just to the right of the center-line – it resembles the “Pour Le Merite” – a medal that many brave soldiers have earned posthumously – but it’s not. It’s, I don’t know what, but I guarantee you if you were to somehow dig out the meaning of that medal it’s something like “drank an entire six-pack one handed” or some other typical royal accomplishment. 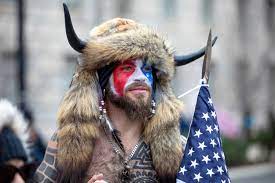 What do they think they are doing with this stupid display? They’re doing “hero cosplay” basically, in my opinion. They might as well (and it would be cooler) go clanking around in a suit of armor waving a Plantagenet banner, and cosplaying at being crusaders. Oh, sure it would upset the French. But, seriously, royals, what the fuck? And, English People, why aren’t you pointing at all that stupid salad and laughing your asses off? These guys are, literally, more stupid than the Qanon shaman, who also awarded himself a bunch of iconography to suit the public persona he wished to project. The royals are less honest and less full of military glory than that jackass. 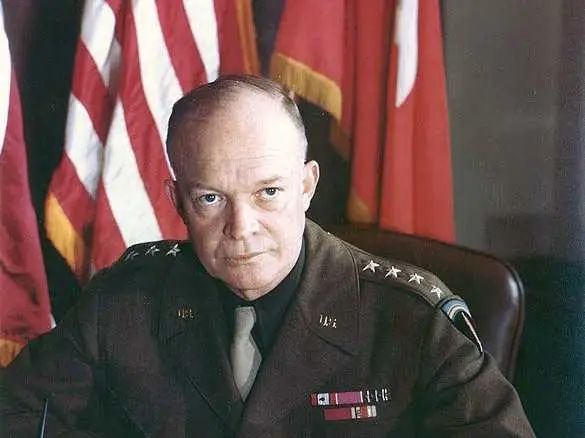 Ike’s uniform is not covered in salad. He wasn’t exactly a military hero, either – his skills were largely bureaucratic – but “guy who runs the entire allied army, WWII” is a pretty impressive position, and his uniform is deliberately bland. The Germans were more fond of bling-bling but most of the commanders who wore the bling had actually earned it – it wasn’t the “born a Windsor” award.

I must say that today’s US generals wear a distressing amount of bling, too, though nothing close to what a British Royal awards themself for the military feat of being themself.

We shouldn’t really care, to be sure. We should dismiss this as pathetic egotistical cosplay. The royals would do as well to dress up like Darth Vader and stomp around with a band playing the Star Wars march. Why not? It wouldn’t be measurably more stupid.

There’s some decoding of royals’ medals [here] and I learn that the maltese cross-oid thing is: “knight commander of the Royal Victorian Order” OK, but what does that mean? Sounds like a “participation medal” for losers, frankly. Does one become the knight commander of the Royal Victorian Order by cutting one’s finger on a beer can tab, as Zonker Harris got his Purple Heart in Vietnam? Then there is the Most Venerable Order of St John Knight of Justice holy shit! Do these guys listen to themselves? Then there’s Prince Edward’s Mystery Medal [diplomatist]

For those interested, Edward is wearing the uniform of Commodore-in-Chief of the Royal Fleet Auxiliary. The cypher on his should-boards and the aiguillettes reflect his appointment as an ADC to the Queen

The “Royal Fleet Auxiliary” might as well be the Disney Mickey Mouse Clown Club, for all the military valor that uniform conveys. And he’s the Aide De Camp to the queen. Really? What did he do, bring her coffee, once?

These are some of the blings the royals award eachother and themselves:

There’s a huge panoply of nonsensical titles, and titular (“commander if the unit actually existed”) ranks. I guess it’d be fun to make myself the knight sergeant private first class of the Royal Badger Corps, and stomp around in my black and white striped uniform, taking salutes from real soldiers, except I have some self-awareness and I appreciate pride in accomplishment. The whole premise of the royals is “wow, look how awesome you are, you got squeezed out of a very important uterus!”

What the hell are these assholes cosplaying at soldiers, for, and why aren’t they a laughingstock? What is wrong with British people – have they been bred to be helpless submissives in their DNA – that they put up with this nonsense?

All that said, then there’s princess Victoria Louisa of Prussia, who (mumble mumble something) became the titular commander of the Brunswicker “Deaths Head” Hussars – a real unit that fought not particularly spectacularly at Waterloo – I have to admit that she’s spectacular in this get-up. I’d follow her almost anywhere, but mostly out of curiousity. [wik] She was one of Victoria’s granddaughters, so she’s pursuing the family tradition of cosplaying military glory.

A Thought About China » « Immersive Worlds