When I bought my farm, it included 20 acres of old coal mine.

There’s a spot back in the woods where what’s left of the “high wall” (mine entrance) stands, having been dynamited to keep people out. Coal was mined here from the 1890s until the 1920s and the coal seam was never particularly rich or good. But, it was coal. In those days the work was largely manual, with carts pulled by donkeys, and all the baulks and rails laid by hand. It was a low-cost operation, which meant it could be profitable. 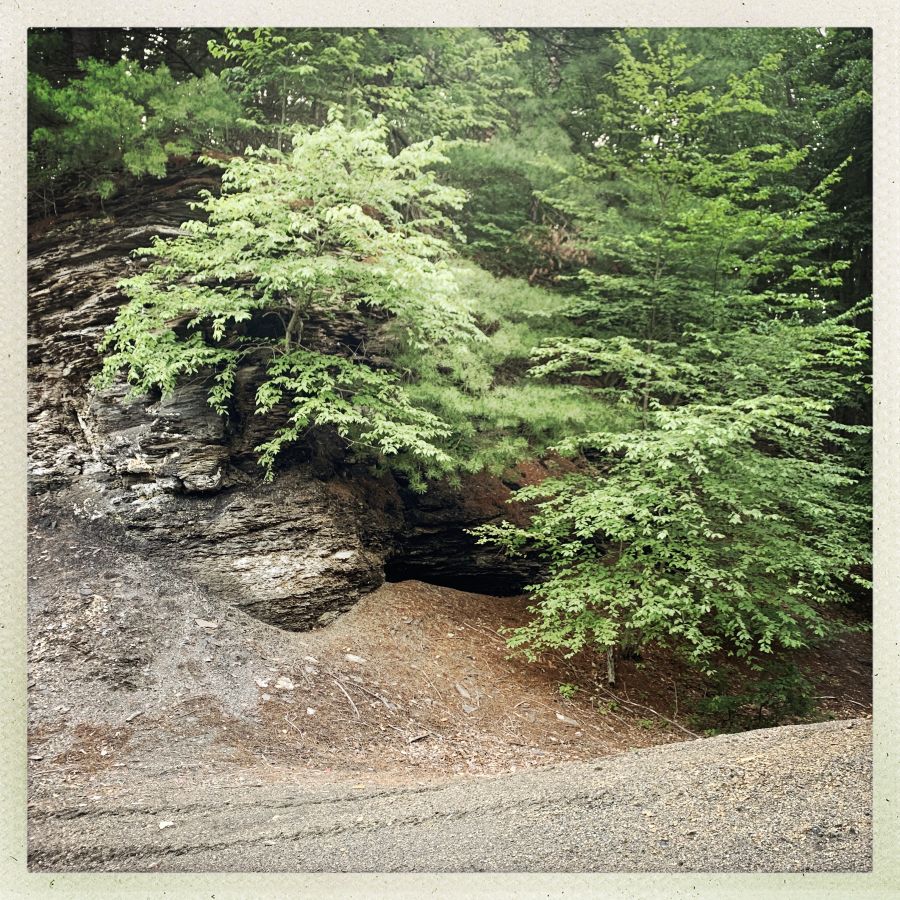 Owning something like that is pretty cool except it’s an invitation to tresspassers, which here in Pennsylvania means ATVs and hunters. That, above, is where the mine entrance used to be. Today, it’s home to Mr Robert Cat and his family. In the winter, if you look at the snow, there are cat-paw prints going in and out. It has to be a great lair for them: too small for a human, too small for a bear. Every winter I worry that the paw-prints will be gone, thanks to some hunter, who wants to stuff Mr Cat and put him in their beer den. That’s one reason I want to keep hunters and ATVers out. 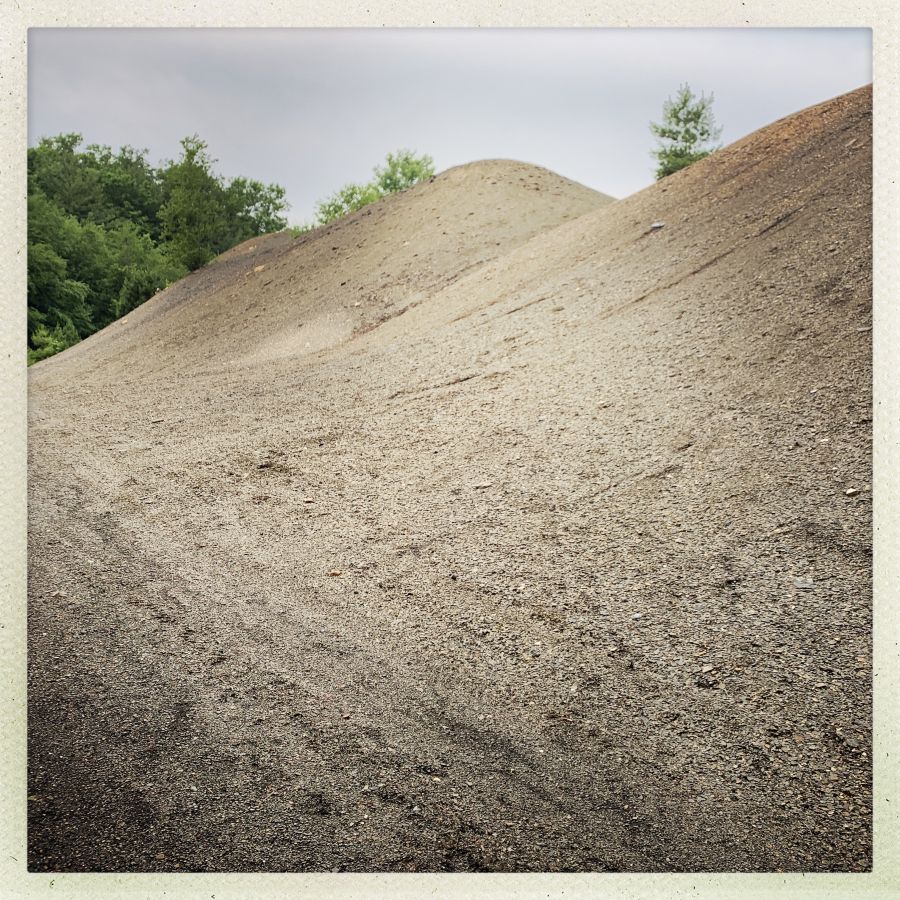 Also, it’s kind of a magical wonderland. There are trees and weird slopes of crushed shale and it’s neat to wander about in there. Except, as you can see, ATVs have torn up the slopes and there’s nothing growing on them. A few years ago I planted bamboo and of the 12 small plants, there is only 1 alive. A dirt bike just grabs a plant and rips it out by the roots.

I used to wander around back here with my big blockhead horse P-nut, who was much happier to go booming up those slopes than I was. So sometimes he’d lighten his load by bucking me off, first. That’s horse humor. By which I mean, the horse thinks it’s hysterically funny. 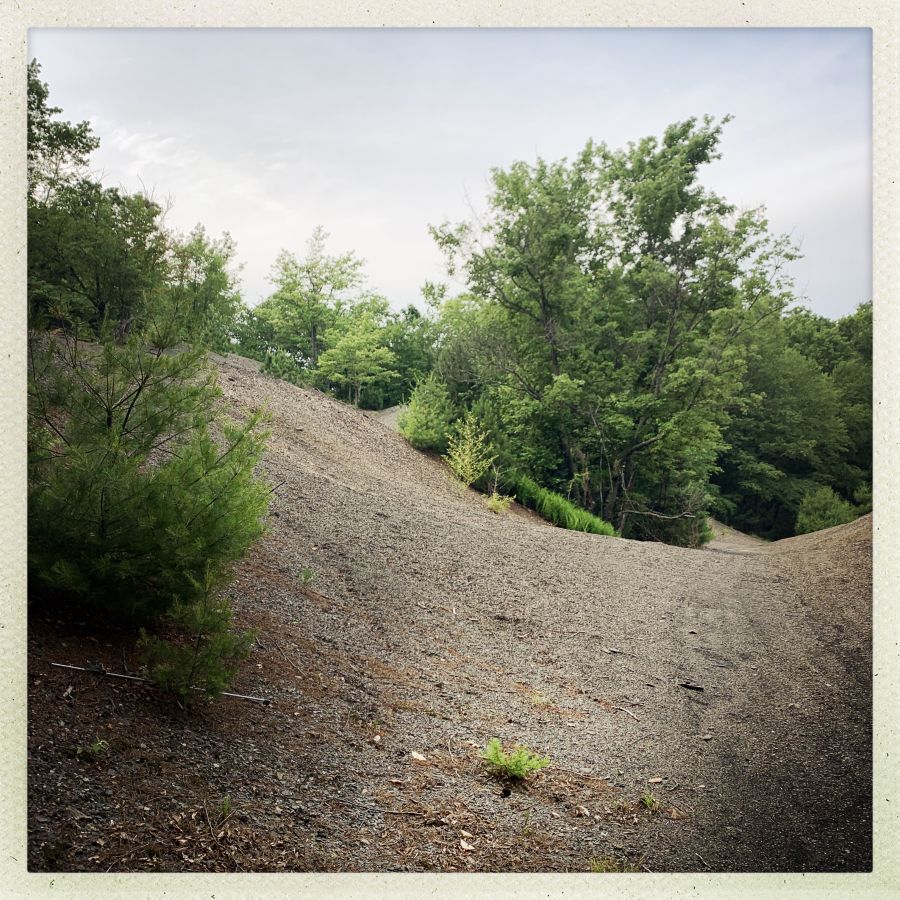 That is the sole bamboo survivor, near the cluster of scrot-trees in the dead center. 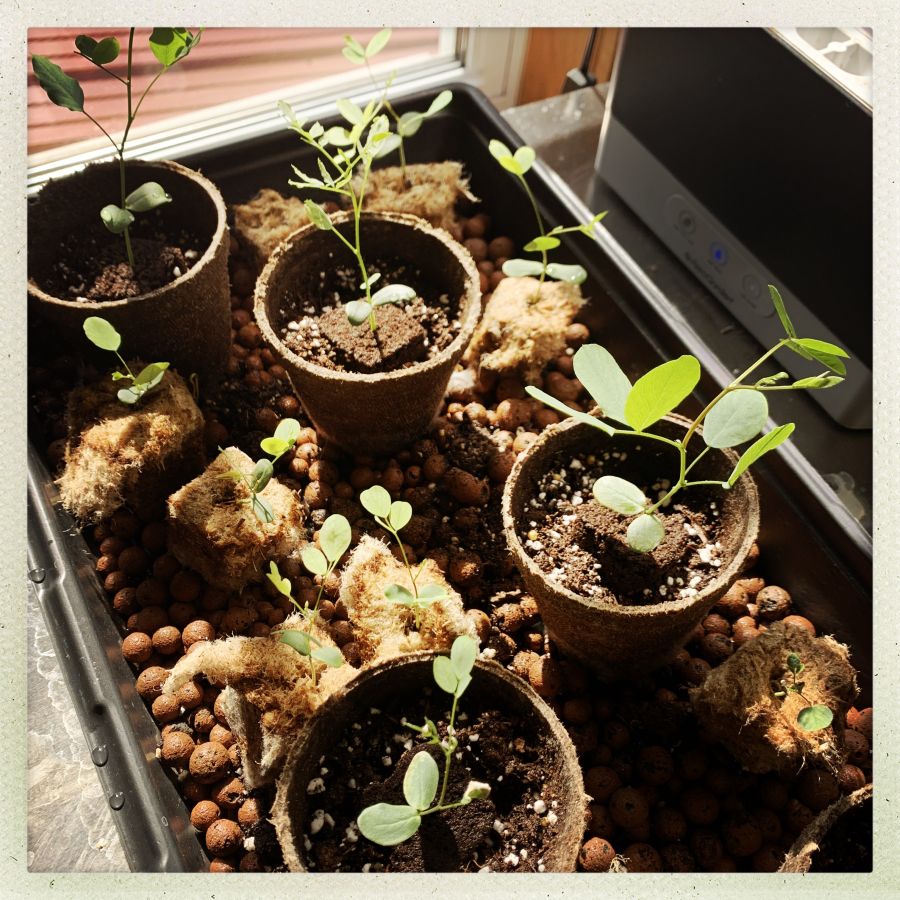 This is the area I am trying to defend. I shot these pictures while I was seeding the slopes on both sides of the path with black locust. We’ll see what happens. I have some black locust in my lab, which is to say, my kitchen. I thought it’d be interesting to see how fast they sprout and grow and get some with roots in pots so I can plant them when they have a slightly higher chance of surviving. It’s still impressive. They grow like weeds.

The himalayan blackberries are already deployed but they looked not very happy, having spent some time in the postal system. I’ve got another flight of them inbound and I hope I can get them in the dirt faster.