We see the future through a glass, darkly.

The F-22 and F-35 program’s future is becoming clear in the fate of the B-1 bomber, which the Air Force has begin to “divest” itself of.

In February, the Air Force announced that it will begin retiring the B-1B Lancer from service by divesting 17 bombers from the fleet of 62.

The divestment is being done to cut costs, streamline modernization and maintenance for other aircraft, and prepare for the introduction of the Air Force’s future B-21 Raider bomber. 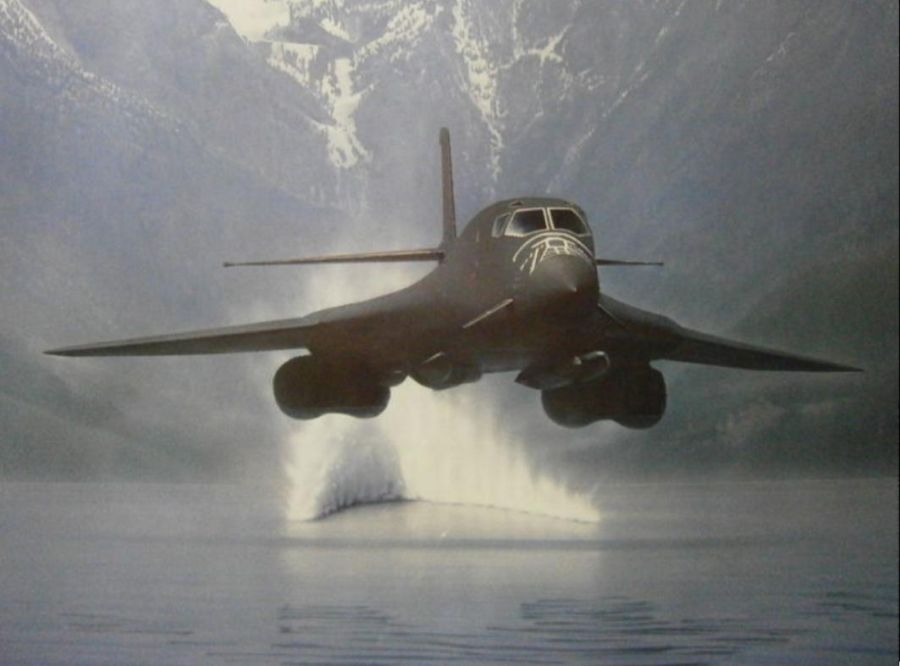 Meanwhile, the horribly kludgy and inefficient, but highly functional B-52 continues to be upgraded and maintained, while some of the air-crews piloting the planes had grandparents that piloted the same aircraft.

With a maximum speed of Mach 1.2, B-1 bombers were originally intended to carry out nuclear strikes on targets deep in the Soviet Union.

Their speed and small radar cross section would enable them to quickly penetrate Soviet airspace and avoid detection by Soviet air defenses and radar, giving them a higher chance of survival than the B-52s.

That’s code for “it was a first-strike weapon.” If you’re launching a retaliatory counter-strike you don’t need to be able to stealthily zoom in across your enemy’s borders: they know you’re coming and both sides’ infrastructure and command/control have been thoroughly scrambled by ballistic missiles. For retaliatory counter-strike you need weapons systems that are hardened and survivable not fast and stealthy. It continually amazes me how many Americans either do not understand this, or pretend not to.

But the Lancer would never fulfill its intended role. The project’s slow development meant that it did not enter service with the Air Force until 1986. In accordance with the Strategic Arms Reduction Treaties, the Lancers have been stripped of the ability to carry nuclear weapons. Russian officials inspect them annually to ensure they have not been and cannot be converted back.

That’s a nice way of saying, “darn it, those Russians, they caught us.”

The B-1 was a destabilizing weapons system because the only rational response to the US’ fielding a nuclear first-strike bomber would be to pre-empt it by nuking the forward airbases where it’s stationed, first. The Russians probably pointed out that bit of obviousness when they were negotiating for the B-1 to have its fangs pulled.

What made me laugh bitter laughs about all of this was the Air Force’s apparent plan to have a “B-21 Raider” ready for deployment before most of us are dead of old age. I don’t want to hear about the Air Force’s new plans, I want to hear about how they have changed their program development processes so that the problems that manifested in the B-1, F-22, F-35, and ${classified} all else will not manifest in the new development programs. Someone needs to tell the Air Force “no more fighters or bombers for you, until you show that you’ve learned your lessons.”

I’ve been told by spooky sekrit skwirrels that a lot of Ben Ritch’s book Skunk Works is outright lies, so I generally don’t rely on it, but one of the salient characteristics of the skunk works projects Rich writes about is that they were undertaken by Lockheed at Lockheed’s risk. Lockheed realized that if they could build something like an SR-71 they’d make a lot of money selling SR-71s – because, when the aircraft was complete, they’d own the rights and all the knowledge accumulated while making them. The parallel development approach, with its distributed pork barrel funding, prevents organizational accumulation of knowledge – anywhere, not in the vendor or in the pentagon. So, I wonder what would happen if some visionary came to the Air Force with a fully functional aircraft design? But when I think about that, I realize that Burt Rutan and Scaled Composites already did that with the Project Ares, which the Air Force was too stupid to buy. [stderr] I suspect it simply doesn’t matter: the Air Force does not even know how to buy a good aircraft – which guarantees that they will have a long run of expensive crap, while they keep patching up B-52s and throwing them into the air.