I have lived a life of great fortune. Starting with picking a great set of parents, being born white, and American, I just kept getting lucky as opportunity spread itself before me like a red carpet. I would have had to be a real loser to fail.

Up until I was in my 40s I thought it was my hard work, but eventually reality began to sink in. Basically, John Scalzi is right: if you’re born white, male, and American, you’ve got the “god code” to current civilization and you’ve got a leg up in every situation. [scalzi]

The other day, I had a chance to sit down and contemplate some other great easy victories I have won, recently.

First off, I “won” the pandemic. 500,000 casualties in the US alone (largely due to government incompetence) which is comparable to the US’ losses in WW2 – (also largely due to government incompetence) – I got both of the vaccine shots (Pfizer) and now my body is cheerfully developing armies of antibodies to protect me. The way the shot works is pretty fancy and clever, but the main thing is that scientists worldwide were able to mobilize rapidly and put a miracle into production. Again, in the face of government incompetence. Many people have been unlucky, especially those who have chosen to be ruled by republicans or who are unfortunates who find themselves in the custody of republicans, and they have suffered terribly. The dead are the beginning of it; like with WW2 there is a mass of casualties suffering long-term damage. They are survivors but their lives have been shortened, they are financially devastated, and some of them are not as smart as they were a year and a half ago. One of my old information security friends got the corona and wound up with cardiac damage requiring open heart surgery and now he has 2 artificial heart valves (another modern miracle!). His prognosis is OK but his life will be shorter and he’ll need years to recover, if he gets those years. I haven’t asked him if he’s still a republican. 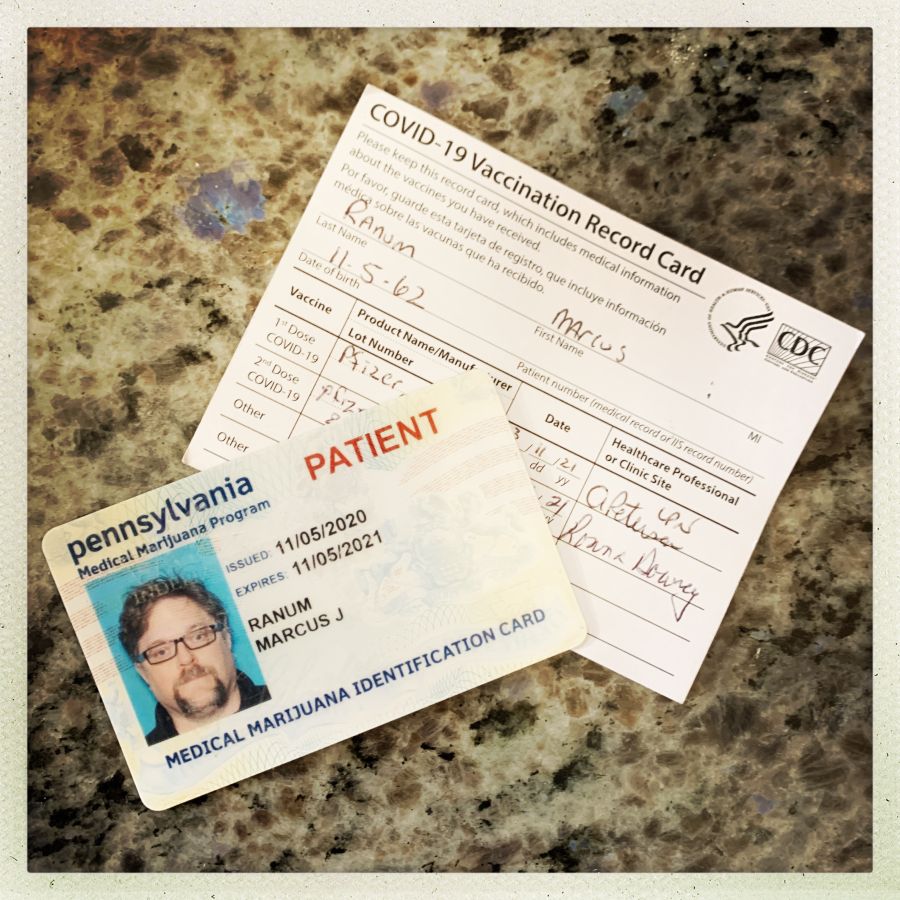 Secondly, I “won” the war on drugs. That one was a huge surprise for me.

I remember in the 70s when they had protest “smoke ins” at the Johns Hopkins University annual fair, and sometimes the police would come bust a few people, and ruin their lives. I remember being told as a kid that “drugs will kill you or ruin your life” – not realizing that it was a lie: cops will kill you, and the establishment will ruin your life – drugs can kill you. I lost friends to cancer from cigarette smoke, and alcohol. I’m not aware of any friends who died from smoking too much weed unless it was from eating too much weed-induced pizza. My whole life was mostly against the background of an insanely expensive “war on drugs” being fought across US society, Since 1971, the war on drugs has cost around $1 trillion. Adjusted for today’s dollars, that’s 1/4 of what the US spent on WW2. WW1 was a mere $200bn – cheap compared to the war on drugs.

And the other day, for $150, I won the war on drugs. All of those years of tormenting the citizens and throwing money down a hole, and I was able to fill out a few web forms, pay $150, and get a medical MJ card. I don’t even like MJ but I felt like I had to do it. I was mind-boggled 2 weeks later when I walked into a dispensary and walked out, a few $20 lighter, with a small container of the dankest, stankest skunk-bud I’ve ever smelled. All that money spent to keep people from smoking MJ, and when I walked out of the dispensary I felt like I was pulling the toilet-lever and flushing the war on drugs.

Of course I know that the war on drugs was not anything to actually help the citizens of the country – it was a political maneuver by white supremacists to create a way of putting black people into the criminal justice system and taking their vote away. [business insider] That our government pulled such a shitty maneuver on us, and then lost that stupid “war” begs for a Marshall Plan in which the government’s fangs are pulled, the nazis are purged, the constitution re-written, and the country is put back on a moral plane – like the US did to the Japanese and Germans (did you know that the Japanese constitution was written by General Douglas MacArthur, an incompetent deranged christian fascist, racist, and war criminal?) So I felt morally obligated to kick the government while it’s down. They’re going to keep fighting that ‘battle’ to the bitter end, until the whole thing finally collapses in the face of tax revenues. Just like happened with alcohol: the war on alcohol in the 1920s did nothing but create a crime wave, open opportunities for new criminal enterprises, and huge tax windfalls when it was all over. That’s what “winning” the war on alcohol was like, and the war on drugs is going to end the same way. I won’t be buying much legal weed – I’ll keep some in my house for guests – but as soon as I can, I’ll grow my own. Because, “fuck you” that’s why.

Polite society suggests that I should adopt a humble pose, instead of gloating. But I can’t. I’ll be over here counting my blessings.*

“Wait, what? WW2 wasn’t goverment incompetence!” – yes, it was. The non-deranged non-fascist governments of the world failed to see and respond effectively to Germany’s take-over by psychopaths. Under post-enlightenment political theory: protecting the people from nazis is the government’s job, which is why I say that governments were incompetent. If you study the events in which Hitler bluffed the takeover of Austria, Czechoslovakia, and Poland, it ought to have been obvious that he was a dangerous gambler who could not be trusted – instead of uniting to stop him, the non-deranged governments of the world allowed themselves to be bluffed, and the world burned.

(* 2 of the biggest: I accidentally stumbled into programming computers in 1975 or so and learned to code as I was learning to write in English. That’s blessing #1. The second was my mother who said, “well, if you’re going to spend that much time typing on computers let me teach you some touch-typing” Thanks, mom! I could type 80wpm in 8th grade.) (I still have an IBM Selectric in my closet of dead IT, for the memories)