I have dragged my feet on this project for just a bit more than a year. I’m particularly mad at myself because I could have solved the problem by driving to Lowes with some money and buying a bunch of rolling glass porch doors and some track and installing them. It’d be a day’s work.

So I am annoyed at myself at many levels, mostly for biting off more than I wanted to chew, and for dragging my feet. But it seems as though there’s a momentum to projects and once you get going, it begins to move ahead. The hard part, for me, was to sit down and draw up the list of parts – this many cross-pieces, that many verticals in 3/4, so many verticals in 1/2, etc. Then it was a matter of setting up the rip fence, and feeding sheets of plywood through the saw.

The saw is sawing particularly beautifully right now, as it is sporting a brand new thin-kerf blade. The previous blade got spectacularly munched when I used it to trim a piece of resin. The problem was: it was resin with beach sand mixed in. Light and strong, right? Well, it’s silica; the blade started to glow, which was the sign for “get that thing off the saw before it gets launched into your face” Everyone survived OK but the saw blade was shot and I was drenched in The Sweat Of Dumbass Realized. 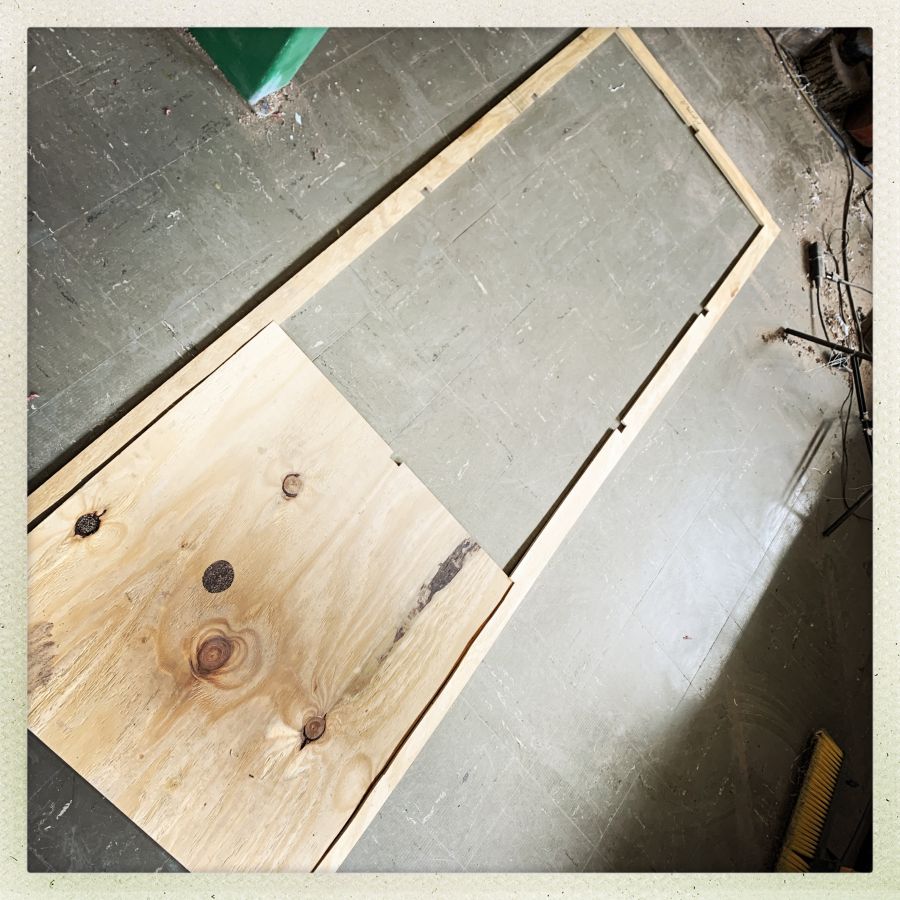 Construction of the doors is going to be done in 2 sides, which will be painted then sandwiched together around the fiberglass. That will dramatically speed painting (which I hate) because I don’t have to worry about getting paint on the fiberglass – I can just roller the stuff all over the place and I’m done. For reasons, I decided to use an inner core of 1/2″ plywood and an outer frame of 3/4″ plywood. All the frame pieces are 2″ wide. For 6 doors that means I needed to cut 24 of each set of verticals and 30 of the horizontals. The lattice pieces will fit into notches I cut on the sides, and the bottom panel will fit into cuts I made along the sides. That seems like a lot of extra work but it means that the upper layer will fit over the cut-ins and overlap enough for the glue to grab everything well. I’m going to use foaming urethane glue (“gorilla glue”) so it will foam up and fill the gaps. I could have done the cuts with my table-saw and a stop, or the bandsaw, but I just used a hand jigsaw and a sharp new blade. It took about an hour and a half to cut the notches and such in all the pieces, even stacking them so I could do 2 at a time. But it’s meditative work.

The nice thing is that the pieces are are symmetrical so I can cut them together and flip them over and have it all fit right. I kept a master part inventory list, but I made the first set and test-fitted everything before I flipped into full production. It’s a pretty impressive stack of pieces – or, rather, 6 stacks staged in the hallway, each of which represents a door. 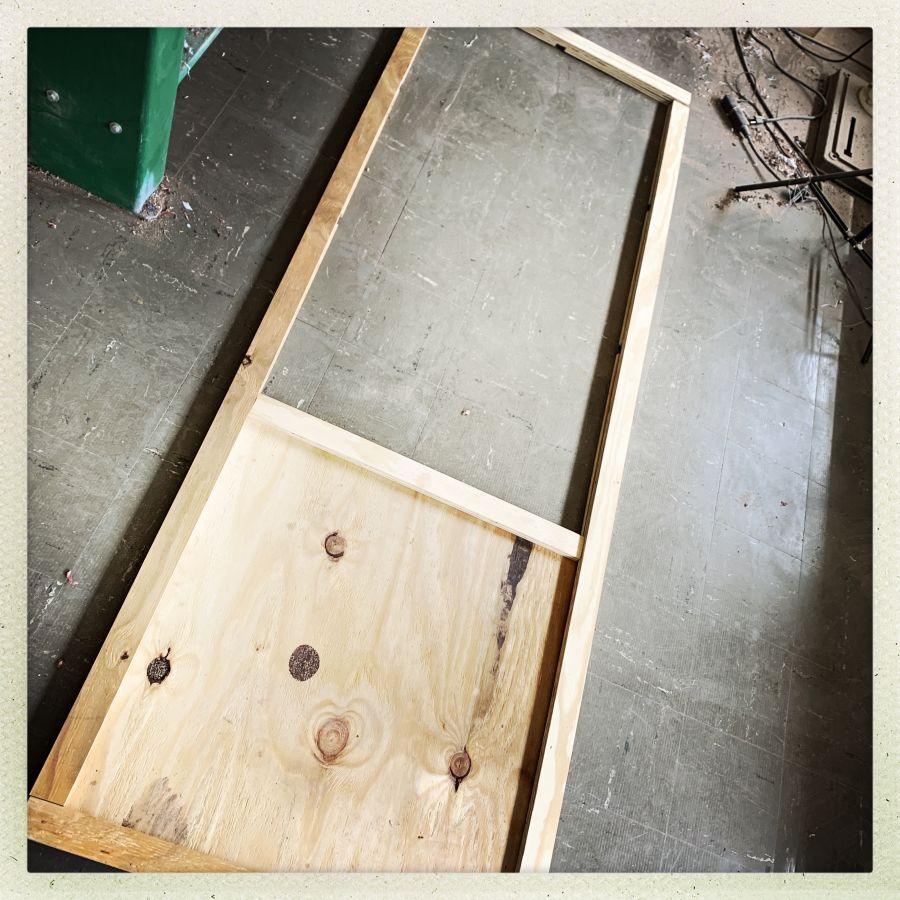 That’s the top layer, added to make sure it fits. The edges of the panel and the cut-aways for the lattice are now covered. The other side of the door will be the same except without the panel, it’ll just be verticals. I don’t want the doors to weigh too much.

Next, I need to screw some earphones in, put on some loud music, and start gluing and screwing. I can just lay everything on the floor and assemble it more-or-less square with a drywall ‘T’ and some lead bricks to keep things from moving around. Then, it’ll be on to the next one. I think it won’t take very long but it’s going to kill my knees going up and down and up and down.

One thing I learned when I was a teenager is, when you’re kneeling up and down screwing things together on a hard floor, do not kneel on a tack or a screw. That is remarkably painful. So, I will be wearing old farts’ knee pads.

With a bit of luck and a favorable tide, I will be painting the doors by this weekend and I can start making the rail system for them early next week.