This is for gamers.

Pillars of Eternity is going to be free all next week, on Epic Games Store [rockpaper]

That’s set against when Cyberpunk 2077 is due to come out, which is sure to be a massive download-jam of overloaded servers and failed connections – why not download something small (12gb) compared to Cyberpunk‘s estimated 70gb?

I’m 3/4 of the way through Pillars of Eternity and I love it. Partly because of my own quirks; I don’t like games that measure the speed of my twitch response, because it’s not what it used to be – and I like to think and ponder and exercise strategic and tactical skills not just dodging against robots that follow predictable patterns. That said, the opposition AI in Pillars of Eternity is not very good – like most games, the opposition just comes straight at you and your tactical challenge is reduced to practicing your fire control and crowd control, channeling them into kill-zones with mages standing by to manifest fireballs and other area of effect spells. Like Dragon Age and Baldur’ Gate you can pause the action and strategize, or pan around and enjoy the effects and the action before letting the clock run as the events resolve.

I’d rate Pillars of Eternity a solid ‘8’ on a 10-scale but I can’t think of a classic-style RPG that I’d rate higher. 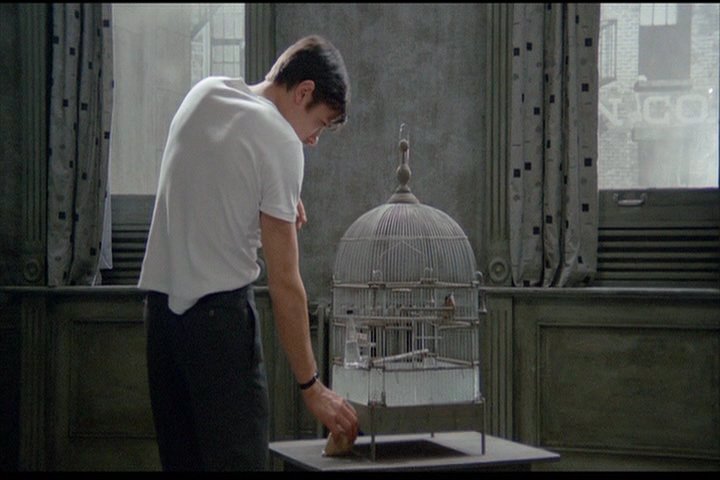 Jeff, the hitman, not in Control

Meanwhile, since I’m talking about gaming, Anna and I just wrapped up the main story-line of Control. Wow, was that a heck of a cool experience. It’s a shooter, and (as usual) the hostile AI is not very good, but the maps, concept, art, design, play, and ephemera are mind-blowingly clever and beautiful in a sort of bureaucracy-as-fine-art filtered through the eyes of Jean-Pierre Melville’s downbeat sets in Le Samourai. Everything is gray, clean but old, and subtly ironic. But it’s the “irony” of a British pub wise-ass who mistakes industrial for hip. I’ve noticed that there aren’t a lot of reviews about the game, because I think it’s hard to describe the game without dropping a few spoilers, and I’m reluctant to do that, too. But let’s just say that if you want to explore a bureaucratic shooter nightmare that looks like it takes place in the NSA’s OPS2 building at Ft Meade, Control is your game. There are many moments of brilliant weirdness, such as a demonic timepiece that has begun to reproduce itself infinitely, resulting in a wing of an office building full of heaps of clocks. Or a room where someone who was trying to figure out something wound up filling several offices floor and ceilings with post-it notes. We finished the game, or so I thought, then it picked right back up again and started charging off in a whole different direction with a new plot-line. What is the game? What is the point? It’s confusing in a very good way.

As a fan of spatial design, I’m head over heels with the aesthetics of The Bureau Of Control. It’s tempting to post a few screenshots but I think it’s unfair to impinge on anyone’s sense of wonder. If you want a weird time, give Control a shot.

Auction #31 for Freethoughtblogs Legal Debts » « Things That Delight Me: No More Fucks to Give