I’ve seen these before, hanging on a rack in the kitchen of a very shi-shi seafood place in New York. At the time, I did not realize what I was looking at, nor was I qualified to appreciate it.

I do not believe that they are that much better than normal cookware. There are limits to how smooth the surface can get, and how well it transmits heat, etc.

Shiny, right? That’s because it’s silver sheet welded onto copper. Then they hammer-form it and add a bronze handle that they sand-cast using their own bronze (i.e: scraps from the pan-making process). I have been interested in the whole topic of pan-making and have avoided it because I don’t have a forge that’s set up to evenly heat something that large; you need a coal forge or a specialized vertical forge. I have no idea how the welding is done; though Alex, French Guy, has been working on sauce-making in the vein of classic Escoffier-style French cooking – which means he started getting into the topic of sauce pans. The insane upper edge of sauce pans is these Turkish-made silver and copper artworks.

I appreciate them in the same way that I appreciate any other extreme engineering – a carbon-fiber spun manifold, a perfectly machined vintage Rolls Royce engine, a sword blade made from iron sand the maker dug out of their yard; that kind of thing. And, like most of the people who own those swords, or drive those Rolls Royces or Ferraris, there’s the question of whether they can use it to good effect or if they’re just poseurs with money to burn. 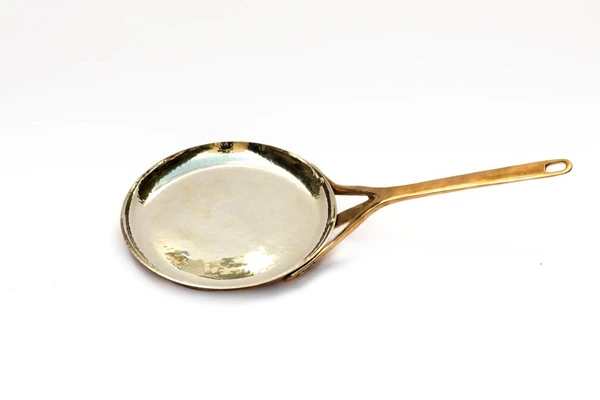 This brings me to the “argument from need” – a long-time topic of debate in my family. Our “pater familias”, my grandfather, raised a family of two in the middle of the great depression; he took any job that paid anything, because that was what he had to do. One time, he took a $0.35/day gig cleaning up a burned-out pig slaughterhouse when the Hormel plant in Minneapolis burned. Grandpa had an attitude about money: you do not waste money on fripperies like silver crepe pans. In fact, with apologies to all the chefs that buy them, or fancy $40,000 Bob Kramer damascus knives: you do not need these things. Proof: you can cook perfectly good crepes in a teflon or polished carbon steel pan. This is not a situation where machinist tolerances come into play, like building a jet engine, and nobody’s life depends on it. Besides, one can make an argument that a high carbon steel pan would be objectively better because the surface is not as delicate as the polished silver. Grandpa would say “you don’t need that” and the conversation was done, there was no second round and you certainly did not come back with “… but I want it.” Because grandpa would rightly crush you by pointing out that, if you wanted to burn money, there were plenty of people who needed help. I remember when, in the 70’s, designer jeans were the thing and my cousin bought a skintight pair of Jordache bell-bottoms and grandpa loaded her (and the jeans) into the car and took her to the store to return them.

I look back at grandpa and his attitude and I respect it but I also see it as maybe a touch of what we’d call post-traumatic stress disorder. The pressure on a traditional American male, to provide for his family through the depression, left huge marks on him – and through him, on my dad and the rest of us. My dad used to sometimes start to say, “you don’t need that” but then he’d stop halfway in and ask “is that how you want to spend your money?” A more complex and gentle trap, at least. I’m just thinking of this stuff because my first reaction when my friend Mike sent me the link to that site was, “well, I can afford a pan or two, why not?” There is still no good counter-argument to my grandpa’s ghost, who immediately shouted “you don’t need that!” It’s the sort of thing that makes billionaires like Betsy DeVos convince themselves that buying that 12th yacht is good because it’s putting money back into circulation in the economy. My grandfather was a gentle and thoughtful man, but if I had said, “Why not? It’d be putting money back into the economy!” I’m pretty sure he’d have driven me down to where the migrants hung out, looking for work, and started trying to find one who was interested in making a copper pan. He was full of lessons like that. Also, and I never did get it, he refused to read the directions for anything. I learned that bad habit from him, except I modified it: I’d see if I could assemble a thing without directions because – if I could – that meant it was well-designed, but I felt no shame checking the directions if I needed to, and always checked my work by reading the directions last. I have an ex-wife whose head used to nearly explode when I did that. [And, yes, the “ex-” part has a lot to do with my quirks and attitudes]

I still wrestle with these things. Back when I lived in Maryland, in my large house, I was making a lot of money and put some back into the economy by tearing a wall out of my kitchen and reconstructing it with firebrick so I could install a commercial Wolf 6-burner range. It was gorgeous, and threw a lot of heat (I like to sometimes sear things) but it was a professional’s tool – a serious amateur cook like me, using that to pan sear my scallops, was like the dotcom millionaire who buys a Ferrari and loses control of it pulling out of the parking lot. Yes, I know that guy. Anyhow, the cosmic joke was on me when I sold the house in 2000, to move to upstate Pennsylvania, and the lady who bought my house announced that she “loved it; she really needed to down-size because of her divorce and her staff was going to be much smaller so she needed someplace cute.” Cute. And she loved the stove and then said “too bad I can’t cook but it sure looks great.” I found myself wanting to say “you don’t need that!” about a stove that I didn’t need, either. I felt hoisted with my own petard. 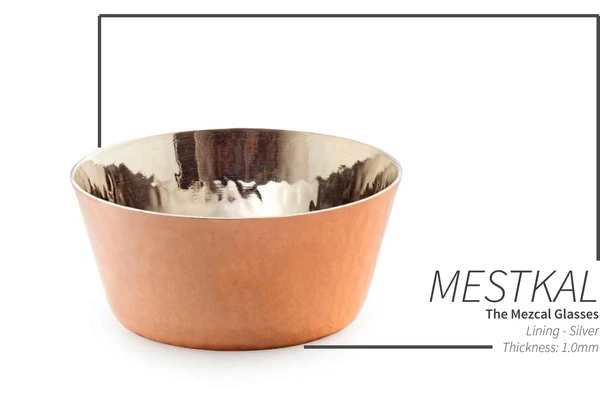 This is just me free-associating about something beautiful that blind-sided me. I collect some small bits of art; I do have that particular vice. But I’m more likely to collect surface plates (I have several unused 24x18x3″ granite plates still in the crate in my store-room) but I have to admit that I’m less concerned with being humble than I am with appearing humble. That ghost won’t shut up.

I bet that after Alex’ video, sales will go through the roof. Good for them. I love it when artists are able to make beautiful things in this world of shit. But, yes, spending the money trying to promote green technology would be better.

Obviously, the thing to do would be to try to make the ultimate pimped wok. But I’m not going to try; I have too many other projects in line ahead of that. Enough to keep me busy until I’m dead. I.e.: I don’t need it.

The “Western Europe” bit was a charming dig from the panmakers’ website – apparently they don’t think very highly of French cuisine or pans (admittedly, the Turks were eating great stuff while the French were still in the “roasting meat on a spit” stage of culinary development. Now, I am curious as to whether there are any good comparisons of, say, Seljuk cuisine versus European during the time of the crusades.