A while ago, I auctioned off a “winner’s choice” gooby. So, here it is: 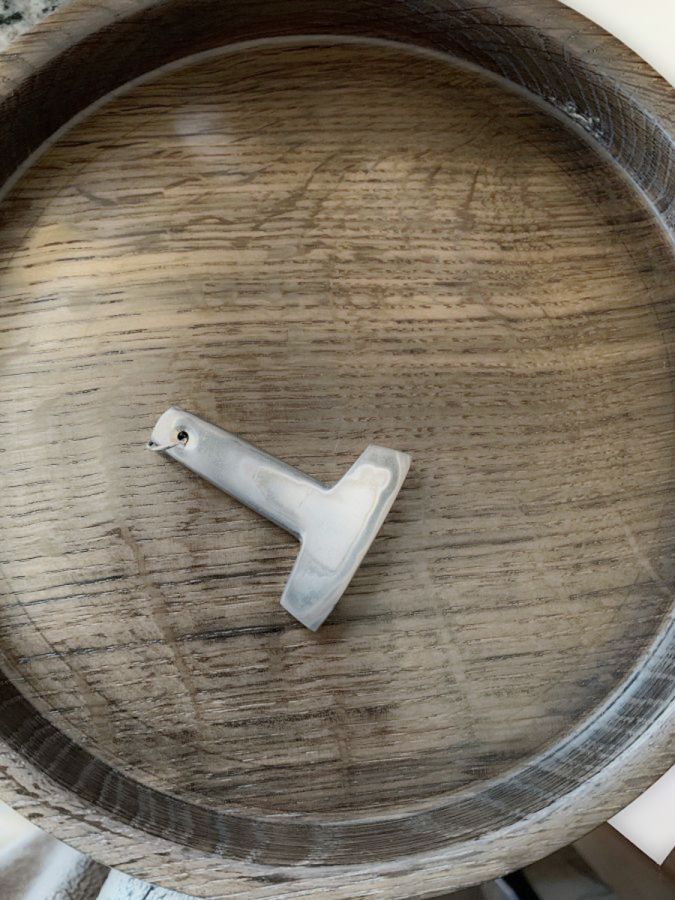 The metal is low-layer 304 stainless and 1095 high carbon, which I welded in a canister. It’s some really tough stuff to work with! I’m not sure what happens at the transition zones between the carbon steel and the stainless but something wicked hard forms there: drills literally melt when they hit it. I finally got a small set of carbide mills and chewed up several making a hole. The moral of the story, there, is that I should have heated the whole thing up yellow hot and punched it with a hammer and punch.

Making stuff like the gooby is very satisfying: you put the metal in a vise, pick up your angle grinder with a diamond wheel on it, and start cutting and shaping. Then, eventually, you sand and polish. It’s meditative work and it’s slow and the metal gets quite hot, which slows things down more.

Anyhow, it’s a Thor’s hammer. I don’t recommend this, but if someone wearing that Thor’s hammer was to get thrown into a jet engine, it almost certainly would ruin a few of the fan-blades and possibly the whole engine. That’s tough. Or, if the wearer were incinerated in a fire, the pile of ashes would be identifiable because the Thor’s hammer would look pretty much exactly like that. And if a zombie wolf tried to bite the wearer’s head off, it might chip a tooth on the Thor’s hammer, which would be unmarked by the experience. Pattern welded steel goobies are not something you need to take a lot of care of.

The background is a small platter I turned out of a piece of bog oak. I’m not going to lie: I believe I may be addicted. It works beautifully under carbide (most things do) but that surface finish is just the wood’s natural luster. The semi-quartersawn grain is just randomness – I did not resaw a chunk of bog oak; I just chucked it up the way it was and that’s how it worked out.

I’ve found a US importer that sells bog oak by the board foot, and am arranging to get some samples – i.e.: I wrote a check and am waiting for a package to show up by UPS. It turns out that bog oak is prone to splitting when they dry it (makes sense, right?) so they don’t do large pieces of it, ever. I’ve been trying to talk the guy into cutting a couple pieces 6″ thick, putting them in a plastic bag, and shipping them out anyway – I can try drying them in polyethylene glycol and then infuse them with poly resin. I know I’m probably a nut, but I have been fantasizing about turning a set of bowls for my Go stones.

I may be committing some kind of crime, turning a chunk of 6,000 year-old wood into chips and powder. That tree may have been alive when the young earth creationists think yaweh built the universe – imagine bearing silent witness to such an event!

By the way, “Yorkshire grit” is just beeswax, turpentine, and diatomaceous earth. I’m not trying to ruin the lives of any purveyors of yorkshire grit, but if you want a great wood polish for lathe-work, there you go. I brew my own and (as you can see) it works great. With an open grained wood like oak, it seems to pack into the grain a bit, but I just give the work-piece a wipe-down with linseed oil and it comes clear and shiny as PZ Myers’ conscience. The diatomaceous earth appears to act like polycrystalline diamond – as it wears it breaks down into finer and finer abrasive until it’s basically gone.

The Case of Cardinal Pell » « The Failing Journalism is Gullible