This needs a big disclaimer: I am not a lawyer, but.

I think the main point is that Cardinal Pell was convicted, justice was seen to be done, we all heaved a sigh of relief, and then – once nobody was watching closely – Pell was acquitted. I’ve watched similar cases happen over and over in the US, where black Freddie Gray was murdered by the Baltimore City Police and there were big criminal charges and an investigation, in which the DA quietly dropped all the charges a year later and the murderers got off free. [sun] Or, Breonna Taylor, whose murder occurred in a blaze of improper procedure and falsified justifications, turned off body-cams, and – the grand jury was directed not to recommend charges against the cops. Or Laquan McDonald in Chicago, or, or, or… And now Cardinal Pell. How these cases go down usually revolves around some procedural issue where, on appeal, the murderer or cardinal’s lawyers can claim that the case is invalid. In some of these cases, like Laquan McDonald, it seems obvious to me that the case was designed to fail in this manner; the whole thing is a weird butoh performance.

The findings of the judge that cleared Pell are [here] and I’ve spent a few hours trying to make sense of them, to see how and why Pell was cleared. It appears, to me, that there are slight changes in the testimony of some of the victims – which I think makes sense given that they were testifying about things that happened when they were teen-agers 30 years ago – but those changes indicate that their testimony is not valid. Money shot: let him go. [appeal court review]

Q: You say you have a specific recollection of the first two Masses that Cardinal Pell said in the newly renovated St Patrick’s Cathedral. Is that right, have I got that right, or not?

A: Yes, because I was responsible for setting up all those on those occasions.

Q: But you were responsible for setting up every occasion throughout the five year period that he said Mass on Sunday, is that right?

A: Because the Cathedral was closed and reorganising the new sanctuary, it was on that — those were special occasions and they became a unique occasion, opening the Cathedral for the consecration of the altar and things of that nature.

Q: Who were the altar servers carrying the mitre, for example?

Q: Who was the altar server bearing the crosier?

Q: Sorry for interrupting, but you said that you accompanied the mitre altar server and the crosier altar server back to the sacristy and you have an image of those two persons? 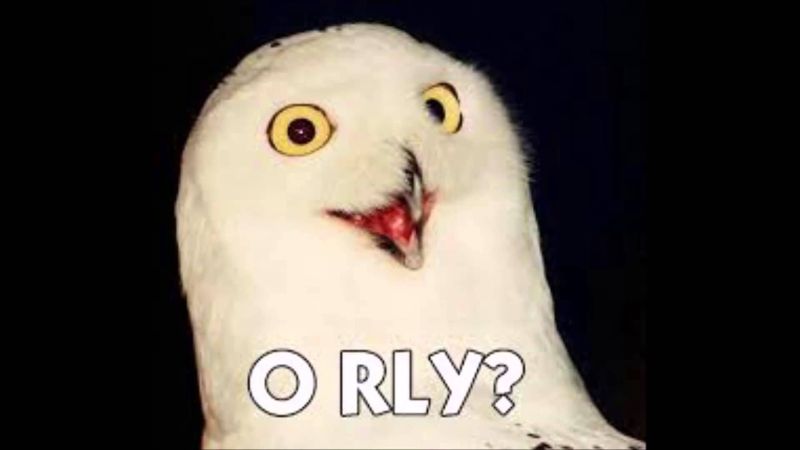 Tell me, do you recall whether Pell had long, or short, nose-hairs at the time? Oh, you don’t recall? Well, I suspect you are making the whole thing up.

What interests me about the appeal court’s review is that it does not actually make a case that there’s exculpatory evidence – it simply points out problems in the evidence that convicted Pell in the first place, then concludes that the state did not make its case “beyond the shadow of a doubt.” That can be said of pretty much any case in which the perpetrator was not caught red-handed at the scene of the crime – you know – like all the cops that are caught on video shooting someone in the back and lying about it, and they get off, too? It seems to me that all justice is thrown under the bus in these cases, because basically the state has to admit that it is incapable of proving fucking anything beyond the shadow of a doubt unless the perpetrator is poor or black or an immigrant.

There is a more detailed description of the swirl of events surrounding Pell’s acquittal, and – interestingly – it dwells heavily on vatican politics. [commonweal] Well, naturally, since the magazine is a catholic-oriented magazine, but in case anyone missed the point: who is fucking whom in the vatican has nothing to do with whether Pell was abusing children. That should all be a great big “so what?” except it amounts to that Pell is important because he knows where the bodies (financial and sexual) are buried so for goodness’ sake maybe the case against him was a put-up job by another vatican faction. That sure seems like a possibility except that we’d expect the vatican has much better evidence they could put forth against everyfuckingoneelse in the vatican.

Pell had been charged with assaulting two thirteen-year-old boys in the sacristy of St. Patrick’s Cathedral in Melbourne in 1996. From the beginning, there was nothing normal about the way the proceedings against him unfolded. The first trial ended in a hung jury. In a second trial, he was found guilty by unanimous ruling. Then, in an appeal heard by three judges, two found him guilty while the third, Justice Mark Weinberg, dissented in a lengthy 204-page opinion. Meanwhile, a “suppression order” applying to cases involving sexual abuse resulted in what amounted to secret trials that in countries like the United States would be considered unconstitutional. The proceedings were kept under wraps from the public as they happened, and only a handful of people were permitted to hear testimony. The media was not allowed to report on the details of the trials until the verdicts were publicly announced.

Oh, that sounds legit. It is not enough that justice be seen to be done – but when it’s undone, that happens behind closed doors.

Now Pell has been acquitted. In their unanimous ruling, the seven High Court judges pointed to egregious mistakes in the police investigation, and legal errors in the decisions of previous courts. But that does not mean the cardinal has been found innocent. Australia’s High Court can’t declare guilt or innocence; it issues decisions based only on the rules of evidence, and in the case of Pell, it found insufficient evidence to support the guilty verdict. As Jeremy Gans, a professor at Melbourne Law School, noted: “The High Court’s key ruling – that there is a ‘significant possibility’ that Pell is innocent of the charges against him – isn’t a conclusion that he is innocent; it is a conclusion that the prosecution failed to prove that he isn’t.”

A “significant possibility” hangs somewhere between “a snowflake’s chance in hell” and “no chance at all” but that’s what the suppression order is for. After all, the 204-page opinion discloses sufficient facts in the case that nobody should, um, have access to again. Or something. It seems to me that there’s a significant possibility that the Australian courts are as fucked as the US justice system, and they don’t even have Bill Barr to help them.

The subtext is that Pell is important to vatican operations, so, whatever, let bygones be bygones. [reuters]

“He always intended to return to Rome,” said Katrina Lee, Pell’s close friend who is an executive adviser to the Archdiocese of Sydney.

She confirmed a report in the Herald Sun newspaper which said Pell was flying to Rome on Tuesday, but said she did not know how long he was going for or the aim of the trip.

When he left Rome in 2017, Pell was head of the Vatican’s Secretariat of the Economy which was working on cleaning up the church’s vast finances and eliminating abuse.

His trip to Rome comes just days after a powerful Vatican cardinal, Giovanni Becciu, was fired after Pope Francis accused him of embezzlement and nepotism.

Pell and Becciu were at odds over reform of the Vatican’s accounts.

In a statement sent to the Catholic News Agency on Sept 26, Pell said: “The Holy Father was elected to clean up Vatican finances. He plays a long game and is to be thanked and congratulated on recent developments.”

What bugs me is that Pell was probably expected to crawl under a rock and disappear after being acquitted but instead he bolted to Rome where the law can’t touch him again and got right back into the swing of vatican politics. The fucker’s 80 years old – can’t these sick old fucks let go of the reins of power? It seems they’re all set on clinging to it as long as they can, which says a great deal about what they truly believe regarding “the afterlife.” All I can say is how unfortunate that Pell didn’t share a limo and a coronavirus with Trump.