If you expect someone to trade “quid pro quo” (this for that) you can’t randomly renege on the deal.

This is, really, two, big problems with god’s morals. First off, it’s hard to say that you’re even dealing with a moral being, if they are transactional. For example, god’s love (which is claimed to be infinite) is conditioned on whether or not you believe. It’s a stretch to say that what “love” is, and it may even be the opposite – god does not love you, unless you do what it wants. I have encountered defenders of christiantity that attempt to justify this by saying that god’s love is incomprehensible to us mortals, or that – since god is the definition of love, by definition, that’s what love is. The first argument is bafflegab and the second is circular. Perhaps I’m a sociopath who merely interprets god’s love, as it is described, as transactional, but I don’t see a more generous interpretation: god’s love is conditional on your belief, just like Big Brother’s love in George Orwell’s 1984. 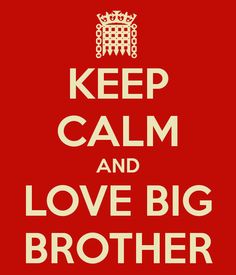 He gazed up at the enormous face. Forty years it had taken him to learn what kind of smile was hidden beneath the dark mustache. O cruel, needless misunderstanding! O stubborn, self-willed exile from the loving breast! Two gin-scented tears trickled down the sides of his nose. But it was all right, everything was all right, the struggle was finished. He had won the victory over himself. He loved Big Brother.

Orwell, of course, was familiar with christian ideology, so it’s no surprise to see christianity reflected in the totalitarian state that is the villain in his novel. But the point remains: isn’t “love” unilateral? Many of us have experienced the pain of loving someone who does not return it, but none of us would say that it was real love if we could somehow compel that person to reciprocate. Of course, for an omnipotent, omnipresent being, compulsion is so easy that it might be an involuntary reflex – yet the christian god wants to insist that we believe and love it for its own sake, in spite of its obvious flaws, including (but not limited to) its use of torture if you choose to reject its love.

I argue that an omnipotent being that has such a transactional view of love and belief cannot possibly understand either, which means that god’s love is an incomprehensible lie – and a huge one, at that. The christians who purport to believe that god loves them have a really big circle to square: since god’s love is transactional, it is reasonable to expect that, if we do X that god will do Y, yet that is not the case. That’s what I mean when I say that god is unreliably transactional. You can’t trade with a being that’s hit or miss like that because they’re indistinguishable from randomness and therefore what’s the point? I used to enjoy asking christians why it was that believers do not appear to experience better life outcomes in the broad population than non-believers or believers in other faiths. If god really cared about christians, maybe they wouldn’t be such a bunch of assholes, or they’d live longer, or be less violent and rapacious, or their clothes would fit better. Instead, we observe no difference in outcomes between christians and atheists – exactly what we’d expect if god actually did not “love” anyone.

There are many examples of god’s love being conditional, so I think we can take that point as proven, but if you have any doubts, all you need to do is consider god’s treatment of his chosen people, The Jews. It’s a twisted and evil relationship that can only be described as abusive.

When I was a child, I considered religion because many around me claimed to believe in it. But you don’t have to look at christianity very hard to see the glaring problems with its foundational principles. Most notably that god is a really nasty piece of work. My first memories of realizing that I failed to believe any of christianity was when I encountered the sad story of Job. I’m assuming most of you are familiar with Job, who is documented in the bible as “The Biggest Sucker, Ever.” The book of Job is fascinating for what it reveals both about the alleged transactional love of god, and about christian believers in general. Obviously, I think it’s all just a myth, but if I did believe in the story, I’d have to think it was the greatest troll-job against christians, ever – done by god. “I’m going to give you this completely incoherent lesson about my morality, just to top things off, and you’ll have to try to figure it out and defend it to atheists for all time. Bwahahahaha!” Briefly: Job is god’s greatest fan, but god and the devil start a drunken bet in which the devil bets Job will renounce god if pressured enough, but god says “nope” and they fuck Job’s life up something awful. That’s a perfect example of how god’s transactional love is not reliable: you can be his biggest fan ever and he’ll mess with you just to win a dollar bar bet. Even a child finds this story confusing, repellent, and cause for uncertainty – but christian adults really have to bend over backwards to make sense of it: [thebible]

Job explores the difficult question of God’s relationship to human suffering and invites us to trust God’s wisdom and character.

Set during an unknown time period in Uz, an obscure land far from Israel, the book of Job focuses on questions about God’s justice and why good people suffer. It also asks the question we rarely think to ask, why do good people prosper?

See what I mean? Christians have to sort through that great iceberg of half-baked philosophy and try to glean some useful lessons from it. They call it an “exploration” or an “illustration” but, in terms of the clarity of its message the only conclusion anyone can reach is that god’s love is arbitrary and transactional and you can’t trust god as far as you can comfortably spit a live rat.

I’m going to go out on a limb and assume that you, dear reader, have a friend; at least one. You know the value of a human friend is that they are consistent, care for you reliably, and you can trust them to be there for you if you need them (and you want to be there for them if they need you). In a sense, friendship can be seen as transactional to a degree, but if we have a human friend who becomes too transactional, it often ruins the friendship. In other words, we understand that friendship (and love) are not a transactional relationship. God certainly doesn’t love anyone, and is probably the worst friend, ever, just ask Job.

One of the most unsettling things about Donald Trump is that he appears to be purely transactional. We humans have various words for a person like that, but mostly we see it as a mental health problem – he’s a “malignant narcissist” or has “extreme asshole syndrome” or something like that. As Michael Cohen said, he’ll use you and then turn on you after you’ve compromised yourself. No, I am not saying that Trump is like god – he’s not even close to as bad as god. And that ought to tell you a lot about god and Trump.

The Monday State of Play » « Scenes We’d Like To See