It’s been pretty hot here and I’m heavily disincentivized from running a 2300F forge when it’s 90F out. I know kindling temperature for wood is around 350-400F, but humans melt into sweat puddles long before that. [If you don’t use Freedomheit, that’s 1260C and 204C]

I’ve also been embroiled in playing Ghost of Tsushima which is pretty damn good in many ways. It’s vision of 13th century Japan is a bit idealized (the countryside almost certainly was not so ubiquitously beautiful) but it’s gorgeously realized. The game also has a “Kurosawa mode” which translates everything to grainy black and white; unlike Kurosawa, the game’s camera is not a master at composition – but it’s incredibly good. If you turn on the subtitles and Japanese vocals’ excellent voice-acting, it feels like you’re a character in a movie. It’s a grim and bloody movie but Mongol invasions tended toward the grim and bloody. One other thing that I really appreciate is the plot scripting: unlike a Hideo Kojima game, where the story seems to have been written by a horny teenager, this is subtle, complex, and the characterizations really work well. The only flaw in the game mechanics is that everyone is unreasonably tough; a big part of the art of sword-fighting was to avoid being permanently mutilated, which happened quite easily. Japan had monasteries full of one-eyed, one-handed, limping ex-samurai. The character in the game takes and deals large amounts of damage from which he heals quickly. Oh: and it has a camera-mode that lets you fly around and freeze the action – it’s glorious. Anyhow, enough on that topic. 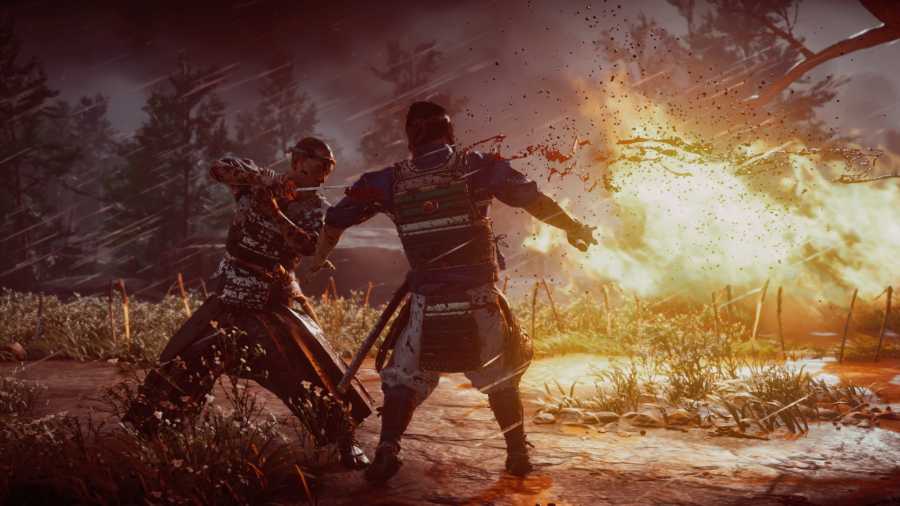 A few postings ago I described how cannister damascus is made, so that stainless and high carbon steels can be welded. Cannistering is also a technique for producing hard-to-weld carbon layups, such as motorcycle chain. I’ve done chain by the simple means of flattening it in the press and whacking it a lot with a hammer, but it only welds up cleanly about half the time. So, I thought I’d try doing a cannister: 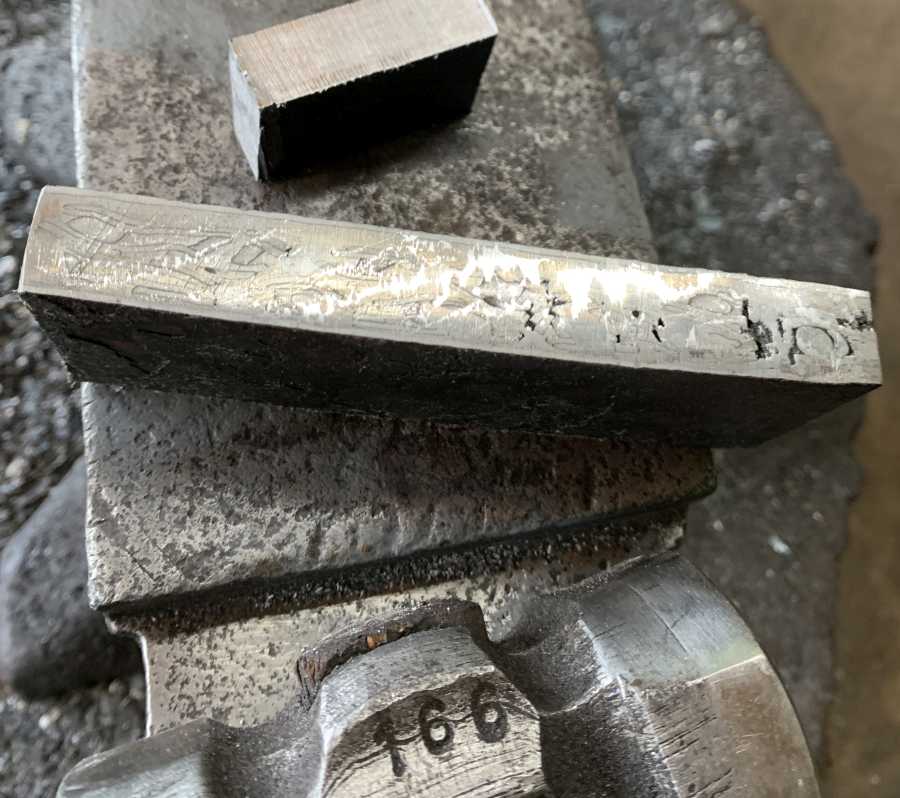 I did some grinding and sanding to expose the inner patterning. You can see some voids in it – that’s going to go away pretty quickly with a bit of pressing and fluxing and hammering. What’s interesting is that, when you draw the steel out more and more, the shapes in the steel get distorted and smeared until you can’t quite recognize them anymore but they look pretty neat.

This is an experimental piece for a cleaver that I am making; it’s still “probably good” which is to say I’m polishing it and thinking about how to mount the handle on it. If it comes out OK I’ll send it to its new person and then I’ll post a few pictures here.

The san mai stainless/1095 blade is older, and I ought to be working on it, but I didn’t have the silver pieces I needed for the bolsters until just now. So as soon as the Karelian birch wood burl appears in the mail, I’ll get that finished.

So much to do.

How To Riot » « Data In Motion