The Atlantic has posted a link-farm of their best articles on race and policing.

I think, partly, it’s a subtle, “uh huh we were there long before you were…” reminder that they have been around for a while and Frederick Douglass wrote articles for The Atlantic. [atl] Take that, web kids!

That’s one way to think about it. Another is that “god damn, this is an old problem!” and yet another is, “I guess 170 years is not very long time in which to get Americans to admit they’ve made a mistake.” 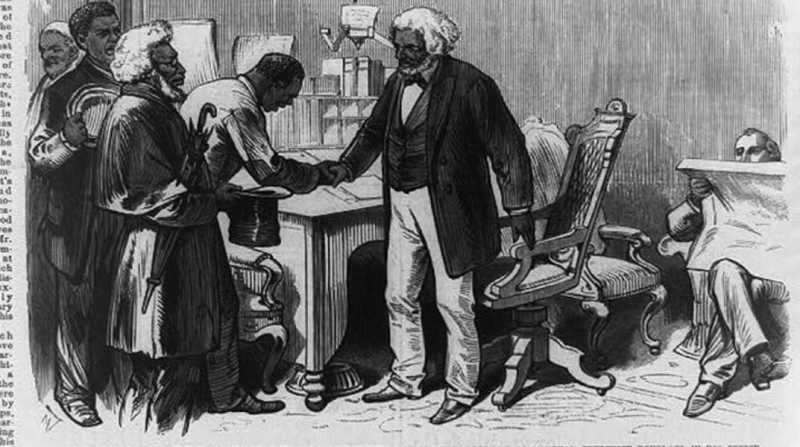 “No republic is safe that tolerates a privileged class, or denies to any of its citizens equal rights and equal means to maintain them.”

It’s been an ongoing issue all of my life; I remember the student protests at Columbia when I was 6, and the big marches in Washington, DC, and New York when I was a teenager. Eventually, the Vietnam War was stopped – not out of political courage, but out of expedience – but the US political establishment has managed to learn nothing from that, except to hide it better. Well, that’s depressing. But so is it depressing to realize that Frederick Douglass was there, and lived through it, and saw the US refuse to learn. That must have been torment on so many levels, for him, perceptive as he was. It’s a miracle that he didn’t simply wave his hands and sputter incoherent rage, like Lewis Black does in his stage routine. I am reminded that there are philosophers of ethics who claim that we are able to perform some kind of moral calculus, also involving the waving of hands, and I wonder what Frederick Douglass would say about that; the calculations are not that obvious or rational after all.

Here’s a link to all the links: The Atlantic

One thing they did, that I really appreciate: they broke the articles up into themes, and then present the historical writings, followed by current analysis. So you have Ibram Kendi following Stokely Carmichael. It’s a gold mine.

The quote from Frederick Douglass’ article made the hair stand up on the back of my neck. What, didn’t anyone listen to Mr Douglass’ obvious truths? What the fuck kind of jackass takes a look at Frederick Douglass and feels in any way superior to him because of his appearance. Holy fucking shit some people are so dumb they ought to never be allowed any political power at all.

See, that’s what gets me: this stuff is easy. You see your mistake and say “whoah. I screwed up. Do I need to do anything to make this better?” And then, and only then can you think about moving on. What you don’t do is double down again and again until you have this really truly great big problem that you cannot possibly kill your way out of. You either try to make it right, or you hunker down and pray the reckoning lands on the next generation.

An Example of Doing it Right » « Egging Along