My friend Michael Helms [helms] is a famous Hollywood portrait photographer, who does head shots of stars as they rise and fall. He’s been bored and has been sending me some of the photos he has been doing out of boredom and – with permission – here are a few of them.

These would look amazing printed on metal or glass. They’re closeups of soap bubbles. I am not sure what he’s mixing in with the bubble juice (he mentioned “lube”) but he’s got a black backdrop, a great big softbox, a top of the line Canon DSLR, and a straw. Apparently if you get the camera ready and give the bubble a puff with the straw the colors chase each other wildly. 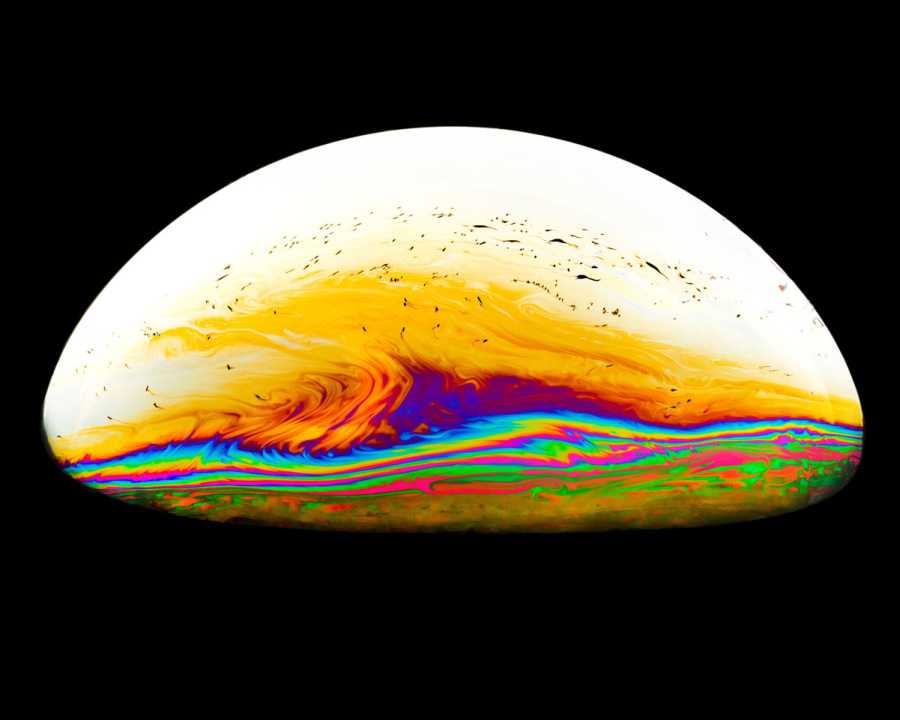 I got two bubbles, one for each of you: 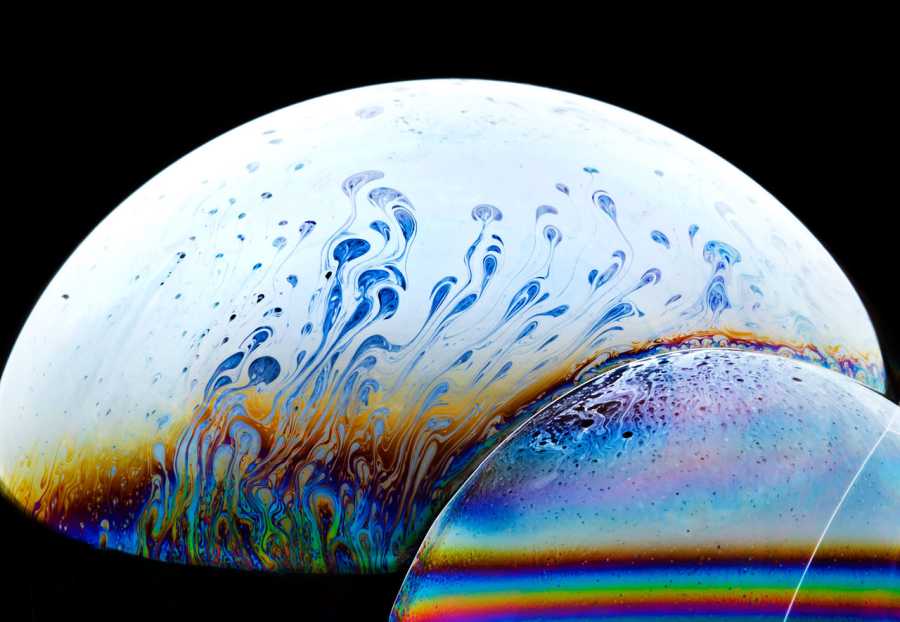 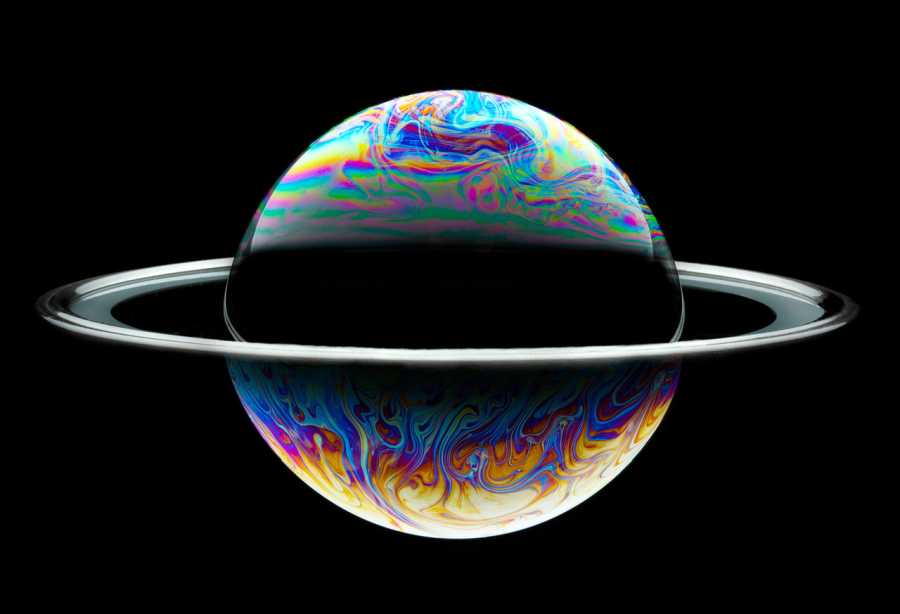 I believe that was done with a translucent glass plate and it’s actually 2 bubbles. Honestly, I am still trying to figure it out. It could be photoshop, I just don’t know. 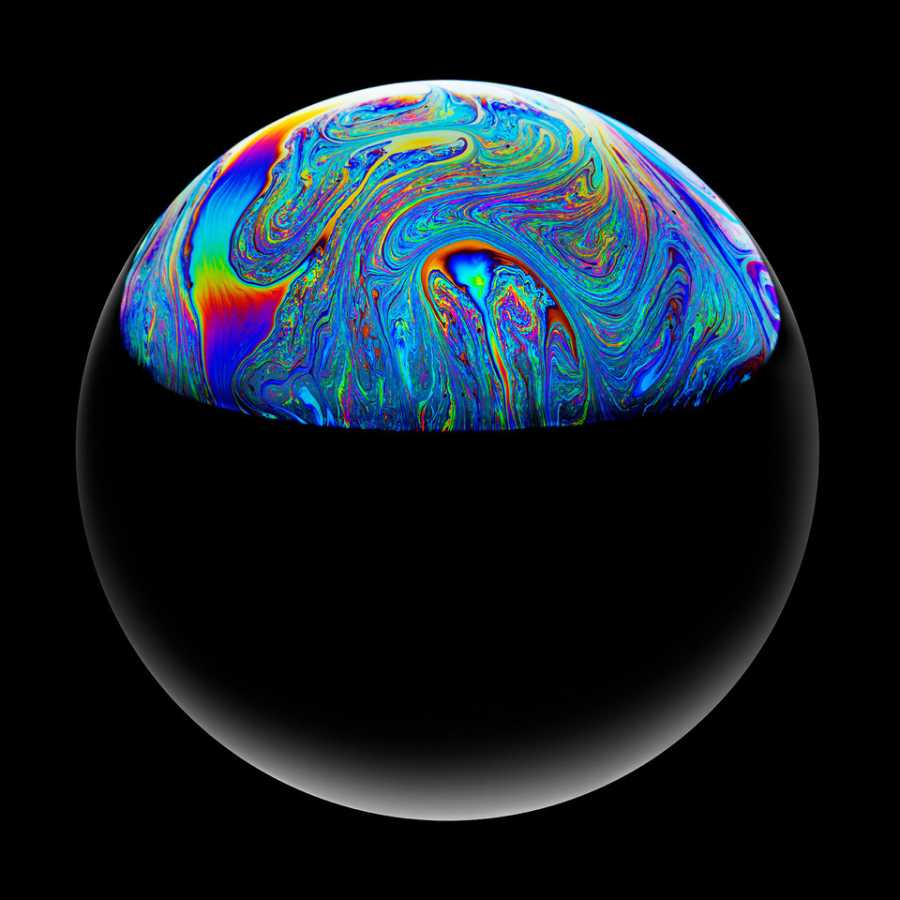 I feel like someone needs to make a way of putting a kaleidescope onto a bubble blower, or something like that. This is reminiscent (only better) of the 60s “oil and water on a watch glass with a projector” light shows from the early LSD days.

This is your brain on drugs: 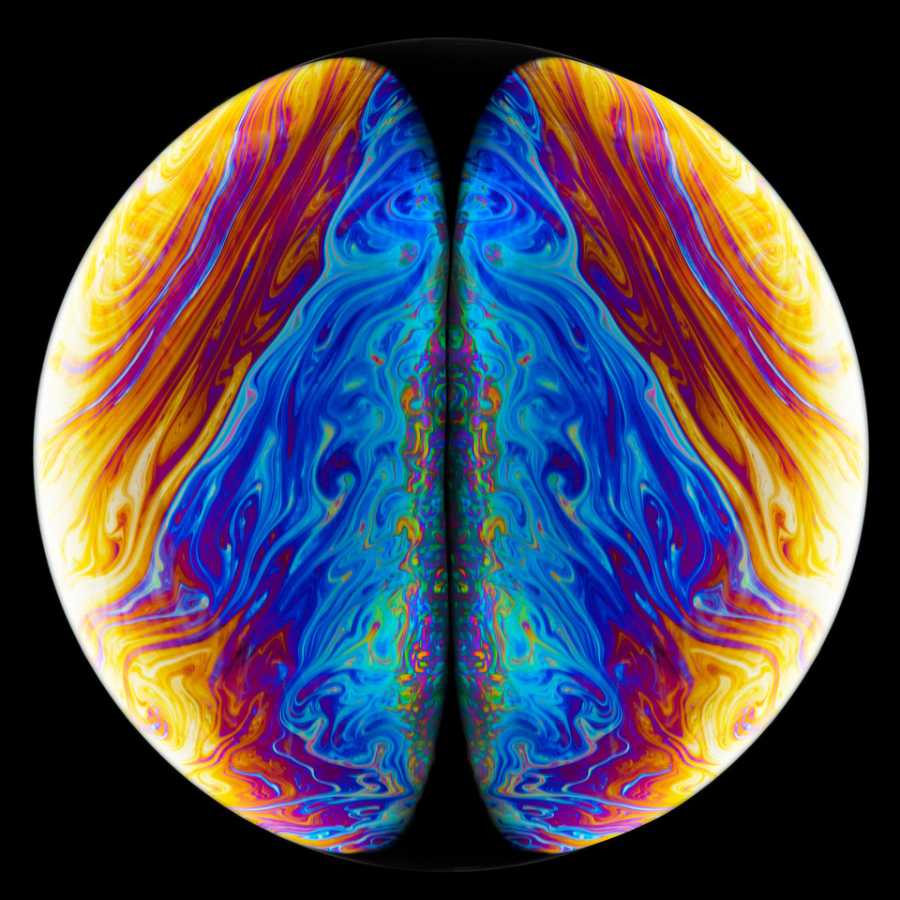 At one point he was experiencing some interesting problems with depth of field and had the lens stopped way down, but began picking up weird interference grids. I don’t think that the question of what they were was satisfactorily resolved; my theory was that the reflection of the bubble was enlarging a view of the camera’s CCD sensor.

It looks like “ebru” – water-painting – done huge. I’d love to see this turned into a stained glass (print) window so it threw light across the floor. 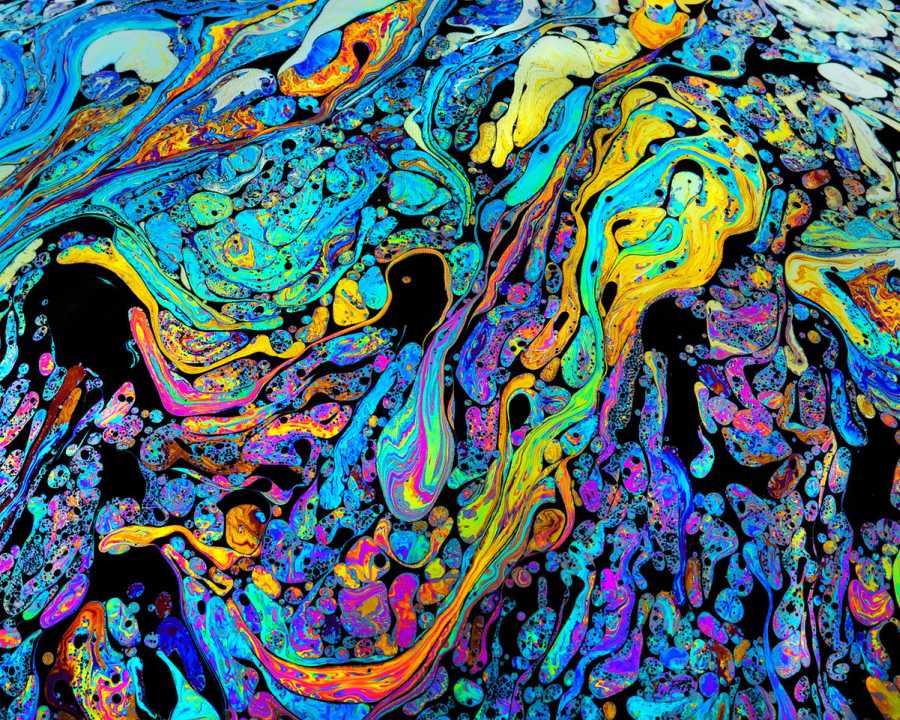 There are echoes of mandelbrot sets; I feel as though the little blobbies contain more blobbies inside of them, ad infinitum. But they can’t – this is actual physical material. I forget the exact measurement but soap bubbles are very, very thin and Michael says they are comprised on multiple layers, which makes sense because there’s an “inside” and an “outside” and the outside is maybe dehydrating.

There are lots more, and I hope he does a show of them someday, if people go back to doing shows. The last one I’ll post here is a bit of a riddle: 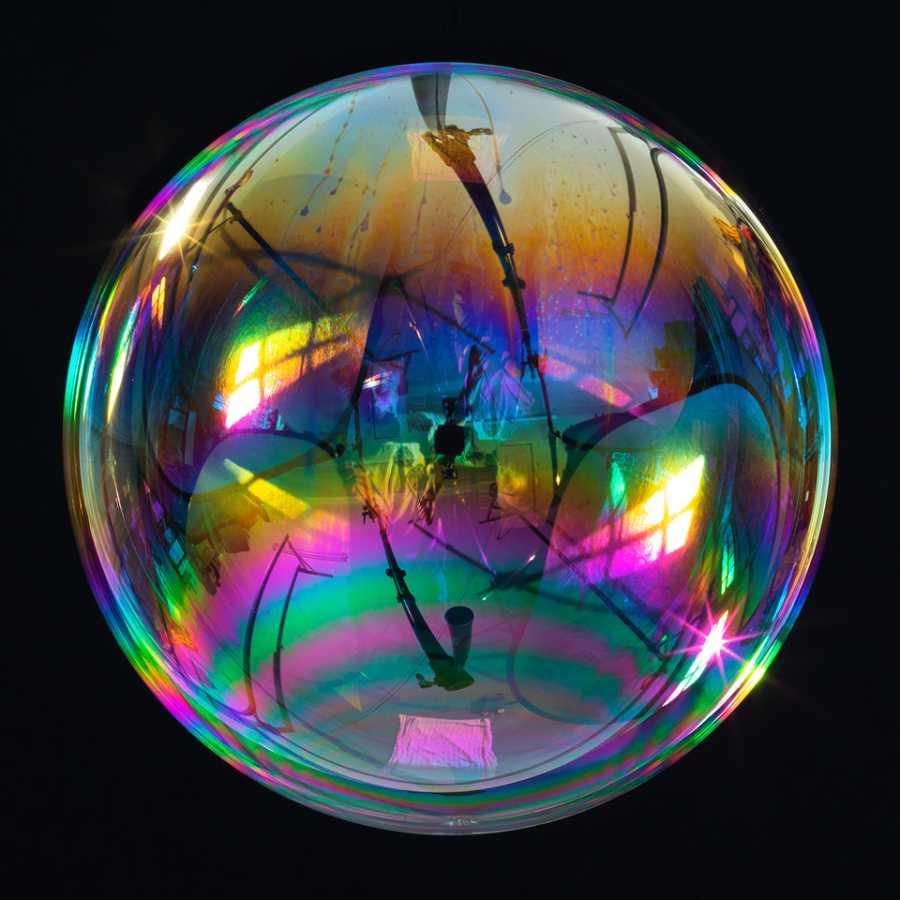 When I started studying photographic lighting I used to play a game with another photographer, where we’re try to figure out the set-up of a complex image. Michael knows that game and knows I play it, so he sent me that, presumably to blow my mind. Because of the reflections on the back-side of the bubble are we seeing double? I just don’t know and I gave up.

Thanks for sharing these, Michael!

I wish Caine could have seen these.

These remind me of some of the photos of the “wander probe” photos – the guy who does starscapes out of coffee creamer, and black holes using the bottom of a mug. I did a posting about that a few years ago and I can’t find it right now, but it’s more “deep miniatures” work. I know this is not what Feynman meant when he said “there’s plenty of room at the bottom” but – there is!

The Forge Guest Report » « From the Annals of Dubious History