Andreas Avester is having to deal with someone stealing his art and using it as a commercial logo. [http://blamscoon.e-monsite.com/] What’s sad is that they could have commissioned a logo from Andreas, like I did, and gotten a superb piece of art that they could use without headaches. But, people are just ignorant about copyright and, thanks to Google, youtube, Instagram, etc., it’s a huge problem for artists.

I had some go-arounds with my own copyright-jacking dipshit who variously told me I ought to be honored that he stole my images, and that I was violating his copyright publishing screenshots of his online store (in which he was selling my images!) – it’s a gigantic pit of sucking despair for an artist to fall into. 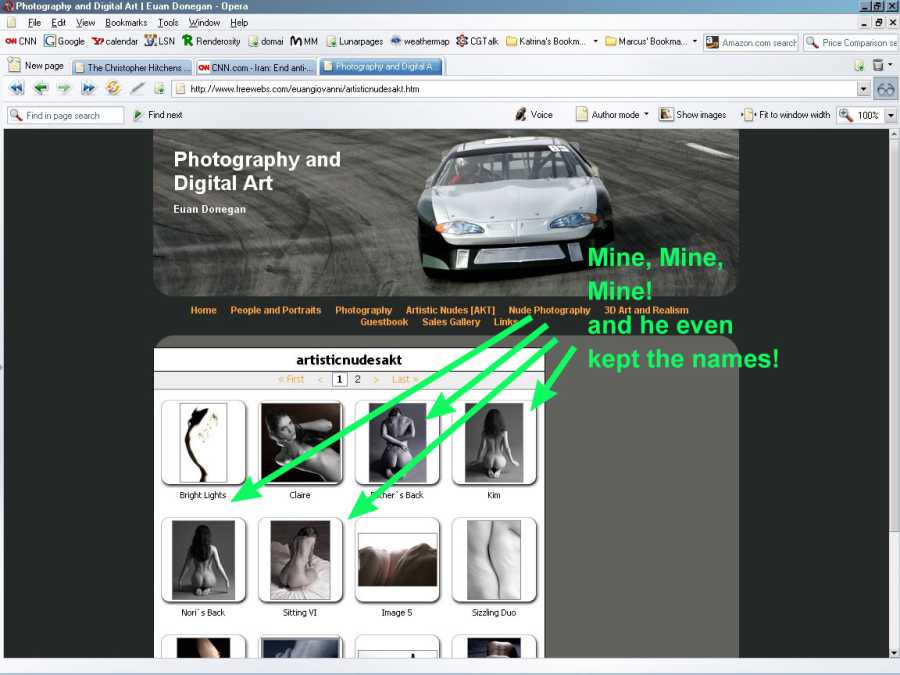 In an attempt to head off image-stealers, I spent years publishing free stock photography – basically “here, take this and leave my stuff alone!” but the internet has gotten so bad that it’s basically a wasted effort to even try. Back when I used to hang out on fetlife and post my fetish photography, I spent upwards of 2 hours a day just chasing down the ‘collectors’ who farm clicks by aggregating loads of popular images; they get huffy and aggressive when you submit a DMCA to have your image taken down, because “you ought to appreciate that I am promoting you.” My response to one of those was to promote them by putting their real name in some popular google-searchable pages, explaining the story and pretty quickly my version of the story was the top of the google rankings. [You can do a search for “Euan Donegan, photographer” and my link remains at the top] The very worst were the Ukrainian “escort” agencies that deep-linked pictures off my site as images of what their escort/models looked like; they couldn’t even be arsed to pay for their own bandwidth. One day I got an invoice from my ISP for $200 for data overage, and I had to go through the logs and figure out which images were deep-linked and replace them with photos of my hairy butt. All of these things take time for an artist.

For an organization like Disney, it’s another story. First off, youtube went to a lot of trouble to train their AI “stolen video detector” to detect imagery that belongs to the big studios. Why? Because the big studios had IT people who were writing automated searchers that dropped the results into automated clip-detectors, which wrote automated DMCA takedown requests. And the big organizations like youtube responded, because: lawyers. Anyone who can afford to have a couple of full-time lawyers sending “cease and desist” letters gets the protection of the law, but everyone else can go fuck themselves. That’s basically what’s written in the DMCA (Digital Millenium Copyright Act) – there’s a “safe harbor” that says a content aggregator is not responsible for what users upload so long as they have a takedown process so that copyright holders can challenge images and protect their rights.

The obvious response would be to set up a website that’ll accept an image from an artist, then do a reverse image-search and see where the image is and automatically send DMCA takedowns. Just flood the content aggregators with documents that they are legally required to respond to if they want to maintain their DMCA safe harbor until the pain gets so bad that they do something. The question is: what.

I came up with another strategy that I believe would work even better. It would involve someone spending a couple hundred thousand dollars on lawyers. Unfortunately, I don’t quite have that much money to burn and it’s not that important to me, but this is how it works – you set up a situation with a content aggregator where they have “constructive knowledge” that a certain image is not supposed to be displayed except for at a certain URL. In other words, you legally serve them notice, “if this image appears on your site, you now know that it’s a copyright violation in advance of my having to warn you further so if you don’t protect my copyright I am going to sue you because you had constructive knowledge that the image was a copyright violation and the DMCA protections don’t apply to you. DMCA, of course, doesn’t say anything about constructive knowledge. But it’s a hole you could drive a truck through if you had Disney’s lawyers.

For example, constructive knowledge is notice of a fact that a person is presumed by law to have, regardless of whether he or she actually does, since such knowledge is obtainable by the exercise of reasonable care.

Employers are often unaware that when they have conducted a safety audit and are then in possession of information or knowledge about how a process is actually carried out there is a legal responsibility that comes with that knowledge.

I remember when I sold my old rowhouse in Baltimore; the real estate agent told me “No matter what, do not get a test for lead. Because if you get a test for lead then you have constructive knowledge and can no longer say ‘I don’t know if there is lead paint in this house’ without being at risk for claiming ignorance about something you, in fact, do know.”

There’s another angle on the constructive knowledge issue that burns through DMCA’s flimsy safe harbor, and I believe a good lawyer could ride through town a whoopin’ and a yellin’ and settin’ fire to everything: let’s say I sent a site a DMCA takedown last year and then my stolen image appears there again. What?! I already told you that image is mine, already proved that to you, and you have constructive knowledge that image is mine; your responsibility (if you want to avoid being liable yourself) is to check all new uploaded images against a set of all the images you’ve gotten DMCA takedowns for, and do not display that image if you already know it’s stolen.

Harlan Ellison won a substantial but undisclosed judgement against AOL for exactly that reason; the reasoning went that he told AOL that he didn’t post his stories online for free. Therefore, if some assclam named ‘Joe’ from Dubuque posts a Harlan Ellison story it is: 1) rather obviously not Harlan Ellison posting the story and 2) I already fucking told you that these stories are under my copyright. The idea of having Harlan Ellison spun up at me, with flames and lava drool coming from his mouth, is already enough to make me want to make sure I never run afoul of Harlan Ellison because he never backs down, never gives up, and when he’s angry he writes with amazing speed and passion – it’s like having a small god angry at you. Nobody wants that.

Which is another point: implicitly by favoring responding to Disney and Amazon and whoever, the content providers are acknowledging that they have a copyright problem and that Disney and Amazon have them by the short and curly. They are one Harlan Ellison away (or one Peter Theil) from having to completely change how they do business. Because that’s the final point: these guys are making money off of stolen stuff. Everybody knows that, and so do they. That’s why their lobbyists worked hard with congress to make sure the big guys were protected (and who cares about little Andreas or Marcus) – [Harlan Ellison is the edge case in that scenario] but the fact that they bend over backwards to protect Disney’s copyright means that they know damn well they are profiting off of mine. I believe that Ellison’s first move was to invite them to license his entire catalog for some eye-bleeding sum of money, thereby establishing what he thought it was worth. OK, so now that we’ve established that I think my images are worth $1.2 million, if you ignore my copyright, you are stealing something from me that I believe is worth $1.2 million.

Back when I used to care to teach image-stealers what they were playing with, I would send them a link to a case of a photographer in LA whose images were used by a sushi restaurant as decoration and their logo. Normally, if you bought royalty-included stock, a set of images like that would cost a couple thousand dollars. By the time everything was said and done the sushi restaurant owed the photographer $250,000 and, being proper capitalists, went bankrupt rather than paying a cent. I’m sure Harlan Ellison would tell you that sometimes it’s not enough to win, it’s that you want to see the other guy lose.

This is a fairly common thing with image-stealers:

Oh, so you’re ignorant about copyright law, but just knowledgeable enough to assert your rights, eh?

This is my clenched fist waving in solidarity for Andreas. 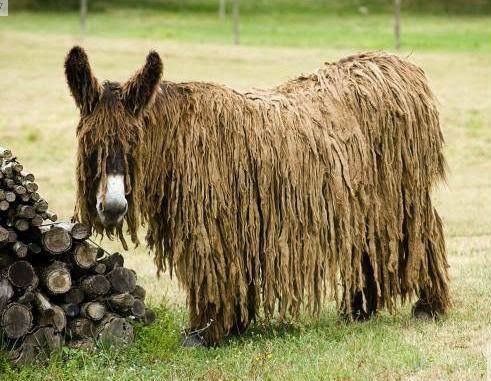 I frequently post images here, which I get as a result of google search. If it’s an image that’s presented on a public page, I provide a link to the source. However, I cache a copy locally and link that in my posting, because there’s a severe vulnerability in the way the web works if you link an image that you’re not hosting: someone can replace the linked image with a picture of their hairy ass or whatever. I think a big piece of what’s important is 1) not to represent something as yours when it’s not and 2) don’t get a bunch of attitude if someone calls you on it. Getting a bunch of attitude is just waiting for the right Harlan Ellison to come along and make your life hell.

I searched for “hairy donkey” not “hairy ass” because I’m not stupid.

I Had Wondered About That » « ‘Tis The Time For Poe