NYPD employs around 50,000 people, and has a budget of around $4 billion. That’s a pretty huge budget, but there’s no sense not taking the opportunity to grab a bit more cash through fines. But only throw the fines at the targets that are most likely to have to pay up, who won’t lawyer up, who are less likely to have a good channel and the energy to complain. Poor people don’t sue; they just wind up poorer.

An employment lawsuit against NYPD has surfaced claims that one of the local commanders had directed his beat cops to meet quotas, and the quotas were racialized. [nyd]

The rules of “collars for dollars” at NYPD Transit District 34 were clear.

Cops who arrested black men were rewarded with more overtime, a now-retired officer, Pierre Maximilien writes in an explosive declaration filed Monday in a discrimination lawsuit brought by Sgt. Edwin Raymond and three other cops.

The declaration is one of the latest developments in a long-running case brought by black and Hispanic cops who charge they were forced to arrest more blacks and Hispanics than other groups. They were treated harshly and denied promotions if they refused, the lawsuit alleges.

Asian, Jewish and white people – known as “soft targets” – were not to be slapped in cuffs. All cops in that district were to fill a collar quota, but black and Hispanic officers who didn’t meet expectations were treated more harshly by then-Commanding Officer Constantin Tsachas, Maximilien writes.

Basically, it’s the “shakedown by cop” strategy that we imagine in endless movies, where the redneck cop says who suffers and who doesn’t. It’s just that the redneck cops are running NYPD. 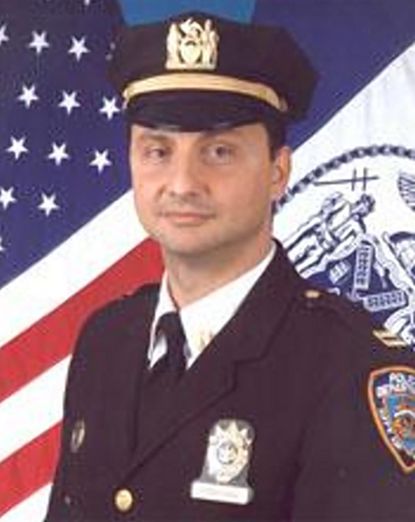 Usually, when someone hears about a story like this, there’s a question like “why didn’t they come out with their story?” Because it was pointless:

Maximilien, 49, retired in 2015, saying he could no longer endure Tsachas’ racist retaliation. He writes that when he refused to follow those orders, he was reprimanded, his overtime was stopped and he was assigned only to transporting prisoners. He writes that he tried to raise warning bells about the quota system with top NYPD chiefs, the Department of Investigation, and the police unions, but no one acted.

One problem with racists is that you are never their friend, if you’re the wrong race. You may be useful, briefly, but once they start to bring their hatred in, it’s going to result on attacks against everyone. I.e.: eventually it doesn’t matter if you’re a black cop – eventually it comes down to that you are black and that is more important than being a cop.

Black and Hispanic cops in general were punished more severely for failing to meet the quotas.

“The supervisors would place the minority officers in punishment posts by ourselves, deny vacation or leave, deny us overtime, change our shifts, give us bogus command disciplines, yell at us in roll call, and give us poor evaluations,” he writes.

Add this to “stop and frisk” and you’ve got a view into the ugliness of Mayor Bloomberg’s New York: [nyt]

“You should write more black and Hispanic people,” Tsachas allegedly told Aaron Diaz in 2012. “You are stopping too many Russian and Chinese”

New York needs a police department to police its police.

‘Tis The Season To Get Stressed Out » « Monday Meslier: 96 – There Are No More Detestable Animals In This World Than Tyrants