In my opinion, there are some apologies that are worse than nothing. If a course of action is harmful or annoying to others, yet we choose to pursue it anyway, it is a considered action; presumably we have weighed the pros and cons and decided that it’s still worthwhile.

The process of considering the pros and cons of an action is the first quantum of morality. It is the moment when the authoritarian falls back on their authority – there will be differing opinions and arguments but someone’s got the power to make the decision, and they do. I struggled to phrase that correctly “someone’s got the power to make the decision” – often authoritarians will try to reify their decision as being necessary i.e.: “someone has to decide.” The subtle implication of that formulation is that it is necessary to act, therefore the authoritarian chooses this particular path. The Taoist/nihilist who watches this exchange knows perfectly well what is going on: the wise man might choose to go fishing, instead of to make the hard decision the authoritarian is pushing. My opinion, based on my experience, is that authoritarians pull this trick naturally and effortlessly; they possibly even believe their own bullshit. But it’s still bullshit: they made a choice and they own the consequences of that choice.

It gets more complicated when the choice is one that is hotly contested and there is public information and argument on both sides. Suppose it is a necessary choice; that doesn’t mean we can simply walk away and pat ourselves on the back, “I have chosen, it is done.” The authoritarian will do that, because it is their authority that matters to them; reviewing and possibly un-making a choice contradicts their self-assessment as being “right” about the decision. That is unbearably painful for many authoritarians so they may bury their involvement in the choice (“well, many experts say”) or downplay its significance (“it will sort itself out in the long term”). I would venture to argue that it’s possible to be a moral authoritarian, but only if part of the authoritarian’s acceptance of the mantle of authority includes both a sense of responsibility and the responsibility to review the decision. The quintessential example of that would be a ship’s captain on the high seas. They are responsible for the outcomes of their decisions and they could wind up in front of endless review boards dissecting every molecule of a fuckup; yet they are held as doing a good job even if they make a horrible mistake so long as the information that led them to make the mistake supported their mistake initially and they reviewed and updated the decision and did the best that they could under the circumstances. Captain Hazelwood of the Exxon Valdez supposedly did a very good job of preventing the ship from breaking up entirely, and Captain Schettino of the Costa Concordia ran ashore to safety and allowed some of his passengers to drown. We judge those men differently for how they dealt with the fallout from bad decisions.

This brings me to a bit of fallout from a bad decision, which has been in the news lately.

Michael Bloomberg has decided to apologize for stop-and-frisk. [nyt]

Ahead of a potential Democratic presidential run, former Mayor Michael R. Bloomberg of New York on Sunday reversed his longstanding support of the aggressive “stop-and-frisk” policing strategy that he pursued for a decade and that led to the disproportionate stopping of black and Latino people across the city. 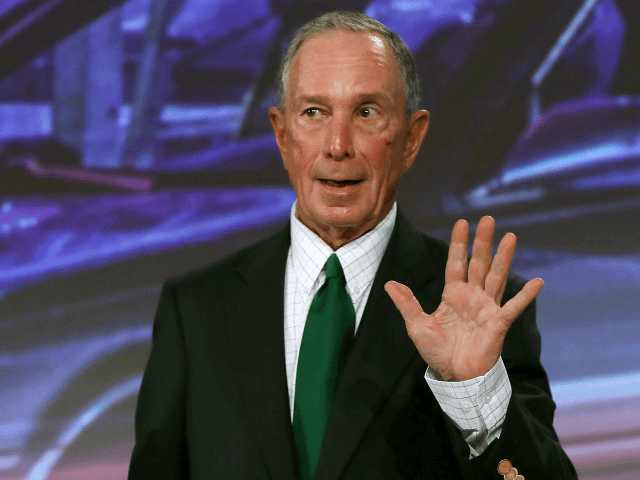 Can’t you afford a fucking shirt that fits, Bloomberg?

It’s obvious political pandering; the New York Times even manages to point that out – Bloomberg is floating the possibility of another billionaire vanity-run for president, and his public relations team told him that this would be a good move for getting the attention of black voters.  Aside from telling black voters, “hey, I think you are so fucking stupid you may fall for this bullshit” it probably won’t accomplish much – but: why? In the #MeToo moment we’ve seen a lot of assholes try to repudiate their own decisions by publicly saying “I was wrong” and then botching the landing by failing to address the part where they don’t say “… but I did it anyway.” To me, Bloomberg’s decision to open his mouth about this topic is actually much worse than if he had gone to his grave a resolute authoritarian, saying “it was a tough decision but I made it and maybe now I’d make it differently” or some sort of other self-forgiving bullshit.

That’s the problem – stop-and-frisk was something that Bloomberg defended and expanded for over a decade. It was a racist, unfair, and unconstitutional practice from the beginning. And there was absolutely no way that anyone in authority, who gave it a moment’s thought, could not realize that there were and are solid arguments for and against it. One cannot have a considered opinion on the topic without having done the considering. One cannot defend a practice like that and then suddenly flip around and say “… and I just now realized that it’s been evil all along.” What I’m trying to get at is that being a good person is not a position one can adopt late in life, after decades of support for bad actions.

To me, the most generous possible interpretation of Bloomberg’s flip is that he’s a heartless asshole who was listening to some political consultants and really doesn’t and never has given a shit about the issue. When that is the most generous interpretation, he’s on some shaky ground, indeed. The less generous interpretation is that he always thought stop-and-frisk was a good idea, and he so totally doesn’t give a shit about its impact that he’s willing to throw his own decision under the bus because: power. He might get a little bit more power, by convincing a tiny handful of very gullible people that he’s a decent person after all. I am assuming there are at least a few dozen gullible New Yorkers still on the streets of the city, but the bad news for Bloomberg is that the population of gullible black people has been severely impacted in the last few decades. In other words, Bloomberg has compromised his own immorality for just a few votes.

I’m not sure what would have been an acceptable apology. First off, it would have to address the obvious fact that lots of people told him stop-and-frisk was a bad idea, and it was immoral and unconstitutional. He had that information, yet chose differently. As a billionaire businessman, Bloomberg is probably not used to having to stand in front of a review board and defend his decisions but in this case, he ought to. He’d need to defend his decisions in the face of professional criminologists who have studied the “broken windows” theory of law enforcement that Rudy Giuliani and William Bratton loved so much – criminologists who conclusively argue that it’s not true. The “broken windows” theory is bullshit some asshat pulled out of his butt one fine day, and it has always obviously been bullshit. [wik] [To be fair, I consider most of the social sciences to be bullshit some asshat pulled out of his butt] The point is: there was a lot of debate. Perhaps Bloomberg “had to decide” what to support, but when he made that decision, it hurt other people’s lives in a way that Bloomberg himself has never experienced. An acceptable apology would start with a discussion of that complex decision and would deconstruct it: “I believed that the ‘broken windows’ model as sold by Bratton worked, and gave it a chance so we could look at the results…” Then he’d have to explain why, in the face of continuing attempts to explain that it didn’t work, he supported it anyway. What I’m saying is that he’s got at least a decade’s worth of explaining to do, and you can’t just blanket that with an apology like, “I’m running for office so, sorry. Let’s move on!”

Clearly I don’t think Bloomberg is presidential material. He’s a cowardly old fartbag who should be chewing his cud on a golf course somewhere, with a herd of other old geezers and former dictators in ugly plaid golf pants. But he’s a billionaire; the obvious thing he could do, if he really has realized that stop-and-frisk was a bad idea, would be to drop a $5-billion apology* and start an organization dedicated to legally fighting any stop-and-frisk programs in any other US jurisdiction, and providing legal and legislative support to help out people who wound up being hurt while their constitutional rights were violated.

I think it’s sad that here am I, a nobody with a cup of coffee and a blog, and it took me 15 minutes to figure out something Bloomberg, a $54billionaire politician and authoritarian creep took a decade plus to figure out. Either I’m remarkably smart or he’s remarkably dumb and dishonest. Unfortunately, for me, I suspect it’s the latter.

* I fantasize about such things. But let me say for the record, if Bloomberg wanted to do such a thing, I’d work as a strategist for the project, pro bono. My first recommendation would be to take a long-term approach: find a few hundred of the children of people who were abused by the police during stop-and-frisk, and pay for great educations and tutoring for them, put them through law school, and let them pay it back by destroying those who have done them and theirs wrong. If someone wants to really fix this motherfucker, the way to do it is based on a multi-generational strategy in which the first decades of the program are focused on finding and creating the people who are going to drive it home. That, by the way, is the strategy that the christian right and proto-fascists have been using. Because it works.

Lately I find I am very interested in what I think of as “practical moral reasoning” – trying to pick apart how moral arguments are made and laid out. Considering that I think most such arguments are baseless, it’s a fascinating game of chess played against myself: how can you support or defend a decision without resorting to some kind of authority? As far as I get is drawing clear lines around where the authority kicks in and where facts are relevant. It’s complicated!

Citations Needed » « I Wonder What This Cost?