Americans don’t seem to realize how completely inauthentic campaign rallies and caucuses are. Consequently, we have a huge discussion about what Trump said or didn’t say, supported or didn’t support. I hate it when people who know something is bullshit pretend that it’s not, because they’re committing bullshit too.

In case you didn’t know, rallies are scripted – even Trump’s. Just like Hillary Clinton’s, and everybody else’s. The politicians use the same tricks that other professional performers use; they have confederates in the audience, security standing by to shut people up if they ask the wrong questions (“oops the mic died”) etc. 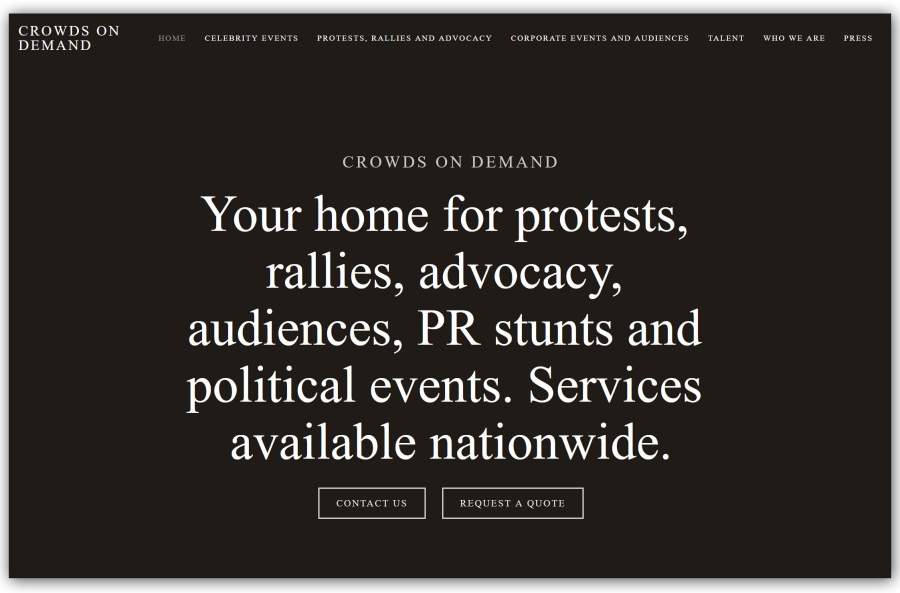 Omarosa Manigault, who is also a professional manipulator (so you can take what she says with whatever grains of salt you want to apply) describes Trump’s setup: [grabien]

“Absolutely. In fact, you’ll be surprised to learn that vice president Pence’s nephew, John Pence, is one of the big coordinators of these rallies. And so this is how closely these rallies are coordinated with also what’s going on in the White House. John Pence is a very big key player in the campaign, but he’s particularly responsible for all of the staging and choreography of the campaigns and, yes, they are very much orchestrated and manufactured to get the outcome that we saw from Donald Trump saying go back to your countries that you came from and if you don’t love it, leave it. All of that is coordinated and manufactured to stoke fear in this country and we’ve seen it, we feel it and they’re going to continue on because they believe it’s a winning strategy.”

This “send her back” chant was constructed as part of a messaging campaign that was deliberately planned – it’s not just that Trump relaxed his sphincter a bit and some racist diarrhea squirted out into our national tighty-whiteys.

Think about it for a second. Have you ever participated in a rally-cheer? I have. If you start trying to get a rhythmic chant going, there’s a small chance that others around you will take it up, and an even smaller chance it will spread and fill an entire stadium. Listen to how quickly the “send her back” chant was taken up, how cleanly and precisely the vocals dropped.

ALso, watch the way Trump cues the “protester” who has his sign taken from him @32:00. Why don’t we hear about protesters who are assaulted at these events? Because they work for the campaign, is my guess. When you hear conspiracy proto-fascists going on about “crisis actors” they are projecting that the opposition are using the same methods that they know their side is using. Security jumps up to protect their guy from getting hammered by crazed fascists and to escort them out of the building for the next performance.

When the “send her back” chant starts it’s a single voice – that’s the cue – and then it’s taken up by an entire section, just like Omarosa describes.

The point of all of this is: we should despise Trump for being a racist ignorant windbag, but we should despise his handlers even more – they’re the ones who sat around a table somewhere and said “what’s a good message that will garner air-time and distract from the fact that there’s another credible rape accusation against the boss?” They know exactly what they are doing, and why, and are willing to use any tool that is handy including violence and the threat of violence. Trump’s a horrible asshole but his handlers are truly dangerous manipulative bastards, and the American people are easily led gomers that are falling for the act. Words fail to describe my hatred for the American people who are falling for such a transparent, inauthentic fraud.

Who cares if Trump didn’t say “stop the chant” fast enough. It was planned and he invoked it.

For all I know, Trump events are largely filled by Crowds On Demand staffers and shills. It would not surprise me in the slightest. [The Atlantic]

These days, if a candidate or protest organizer is short on numbers, he or she can simply pick up the phone and call a company like Crowds on Demand, a Los Angeles-based company that provides rental crowds for campaign rallies and protests. The company was founded in late 2012 by Adam Swart, a UCLA grad who majored in political science. It is among a very small number of U.S. companies that offers rental crowd services in the U.S. (including Crowds for Rent and the Trump-hired Extra Mile Casting), and perhaps the only one that does so openly.

It’s extremely rare that a genuinely caring true believer gets involved in politics. Historically, they tend to get shot when the establishment fails to discover a control lever that can be used to make them dance the right steps. In the case of Donald Trump, his control levers are so obvious, it’s absurd: the democrats who were breathlessly hypothesizing that the Russians have “Kompromat” that controls him are completely ignoring the rather obvious fact that the right wing media and fascist senate have huge mountains of kompromat on Trump; they can pull the plug on their puppet any time.

Want a conspiracy theory? They’re going to make sure Trump wins again and then they’re going to drop a rock on him so Pence can take over and usher in a new right-wing dynasty of robot christian overlords. The next big battle in US politics is whether the Trump family dynasty can be pried out and replaced by the less obviously corrupt christian evangelical puppets, or not. The christian evangelicals have to be itching for the instant when they can put an icepick into Trump and the decadent Trump crime family. You’ll note that I haven’t mentioned the democrats. They have no power right now and shutting off the oxygen to the democrats is going to happen as a side-effect of using them as a tool to pry the Trump family out.