I’ve been having a new problem with my handles, which I finally figured out.

This is pretty straightforward: my tools and techniques have let me get more precise when I inlet a blade bolster, and that means I can get so much epoxy behind the bolster that it pushes the blade back out. The way I do my bolsters, the blade is held with epoxy into the handle, and the bolster is also held to the front of the handle. The bolster’s load-bearing but most of the pressure from cutting is along the glue-up zone inside the handle, where the tang is braced against the sides of the wood.

All that is a roundabout way of saying that the blade is just slid down into the mass of epoxy and is held there as it cures. If the blade slides back out, then you get a horrendous gap between the bolster and the blade: 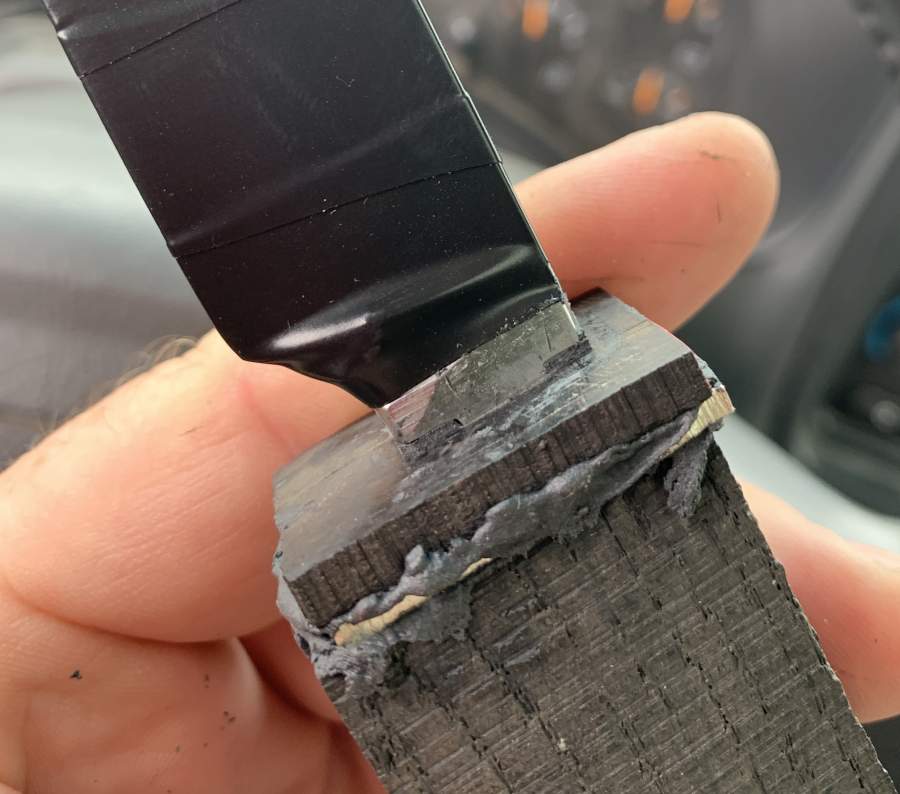 In case you’re wondering, that’s a chunk of ebony, some silver, and some bog oak for the main piece of the handle. I thought it’d look spiffy.

See the hip-pieces where the epoxy went under the blade? When I assembled the whole thing for glue-up, that was pressed tight against the bolster.

How will I fix this in the future? Easy – I usually hog out a bit of the bolster behind where the tang goes through, so I’ll glue that up, let it cure, then do the full glue-up into the handle once I’m satisfied that the bolster is right. I want to avoid having to clamp the blade in any way, though I suppose it’d be easy enough to build a jig that held the blade between two blocks of polypropylene, and had a wedge/block for locking the handle into place. I have lots of polypropylene stock lying around, I suppose I should give that some thought.

In the meantime, I had to take off and nuke it from orbit. That’s the safest bet: 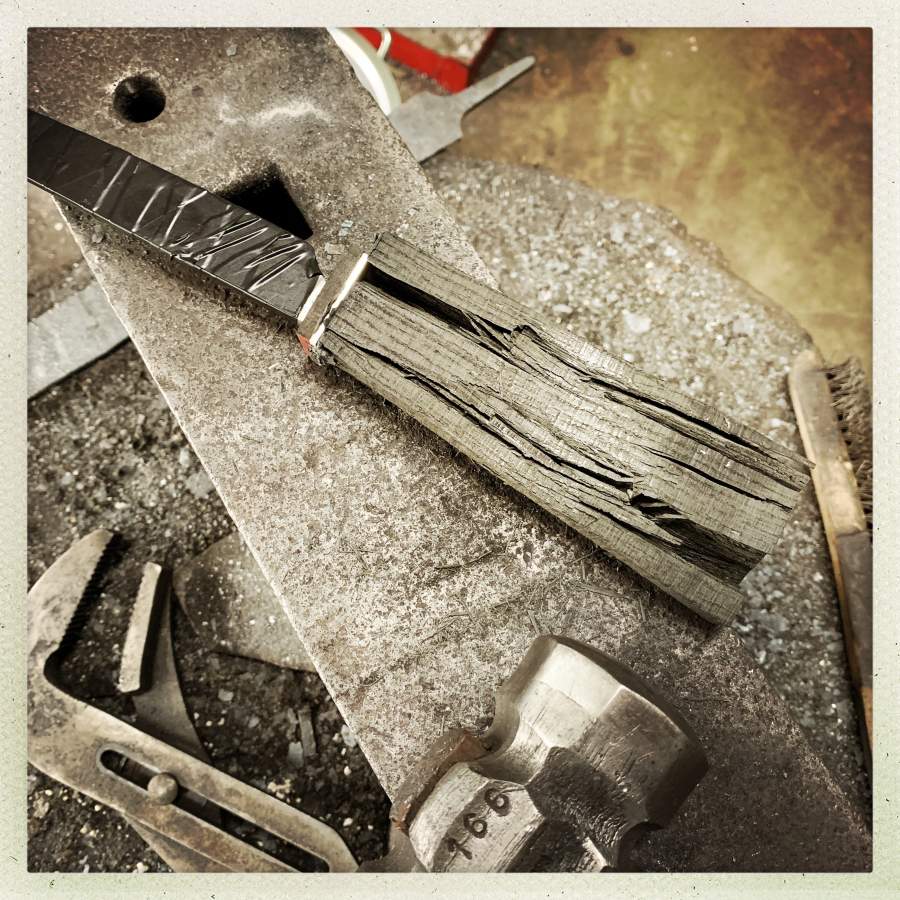 If you hammer it a bit, it turns into toothpicks and then you can just grind the glue off the tang and you’re ready to start all over again. The silver’s OK, so now it’s just a matter of making another bolster and handle. 3 hours of fitting and filing down the drain, oh well!