Let’s start with the facts, as reported [nbc]

The shootout happened Sunday night, and officials say the robbery suspect was killed during the exchange of gunfire.

News outlets reported that the New Orleans Police Department said officers confronted a man deemed a person of interest in an armed robbery investigation. Police say the man, whom they haven’t identified, pulled out a gun and started shooting.

Of five people wounded at the bus stop, four victims were listed in stable condition at a local hospital, while the fifth victim was in critical condition Sunday night. Authorities haven’t released their names.

So, there was an armed robbery suspect standing in a group of civilians, and cops forgot the “armed” part and decided to go collar him. A gunfight ensued and cops sprayed down the entire bus-stop, killing the suspect and wounding 5 others. That’s some truly amazing crisis management, cops! Basically, they were so eager to take down a suspect that they couldn’t wait a while and try to get them when they weren’t in a crowd. That’s the same mentality that causes the many damaging and fatal high-speed chases that American citizens have to deal with: we have to get the suspect right now and we are willing to throw anyone’s safety to the winds in order to collar a Bad Guy. 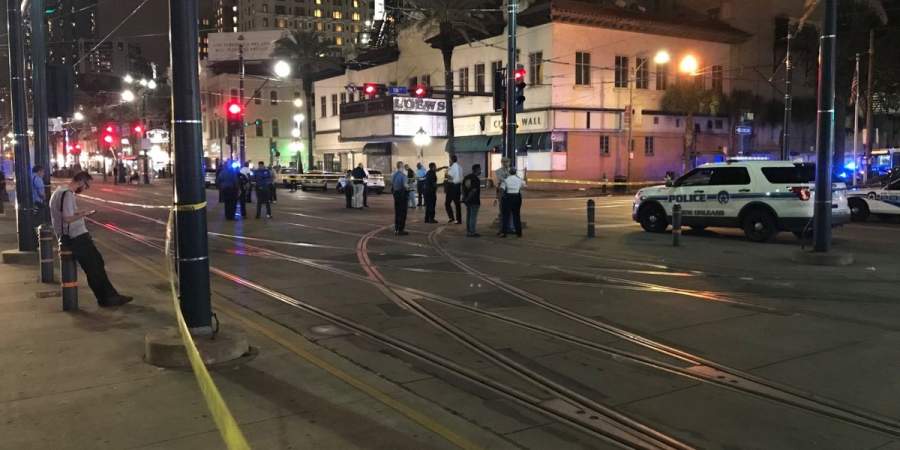 And they sure gave him a speedy trial, too. Are you shocked to discover this happened in a poor neighborhood?

It should be possible to sue police departments for malpractice. Citizens have rights, and some of those rights include being able to stand at a bus stop without being blasted with a hail of bullets. Also – which many Americans appear to forget – suspects have rights. The man who allegedly pulled out a gun and started shooting had rights.

Then, there’s the whole problem of erosion of trust in the police. New Orleans police don’t have the best reputation for honestly reporting incidents. No American police, have a great reputation – that “he pulled a gun and started shooting!” story has exploded in cops’ faces a lot. Perhaps this time, the alleged suspect did draw a gun and start shooting, or perhaps cops were just quick on the trigger and fired suppressive fire at a bunch of bus-passengers. Perhaps someone will come forward with footage contradicting the officers’ story; I know that’s never happened.

The First Nuclear Reactor on Earth » « What Kestrel Does – Supersized