2019 looks like it’s going to be a good year for drinking games.

I can see how someone might mistake Donald Trump’s tweets for ingenious trolling. But I think that’s sort of like watching a bull in a China shop and pointing “See?! He was targeting the Dresden-ware!” Everything gets stomped. We need a drinking game where people have to drink whenever Trump says something assholish, clueless, or tells a lie. Everyone would be in a Kavanaugh-eque coma and we might not notice what’s happening to us.

At least he didn’t say: “How about those Mongols? They were some great people, the Mongols. They make the finest horses. They helped restructeur China really bigly. They dealt from great strength. Genghis Khan is a real great guy.” 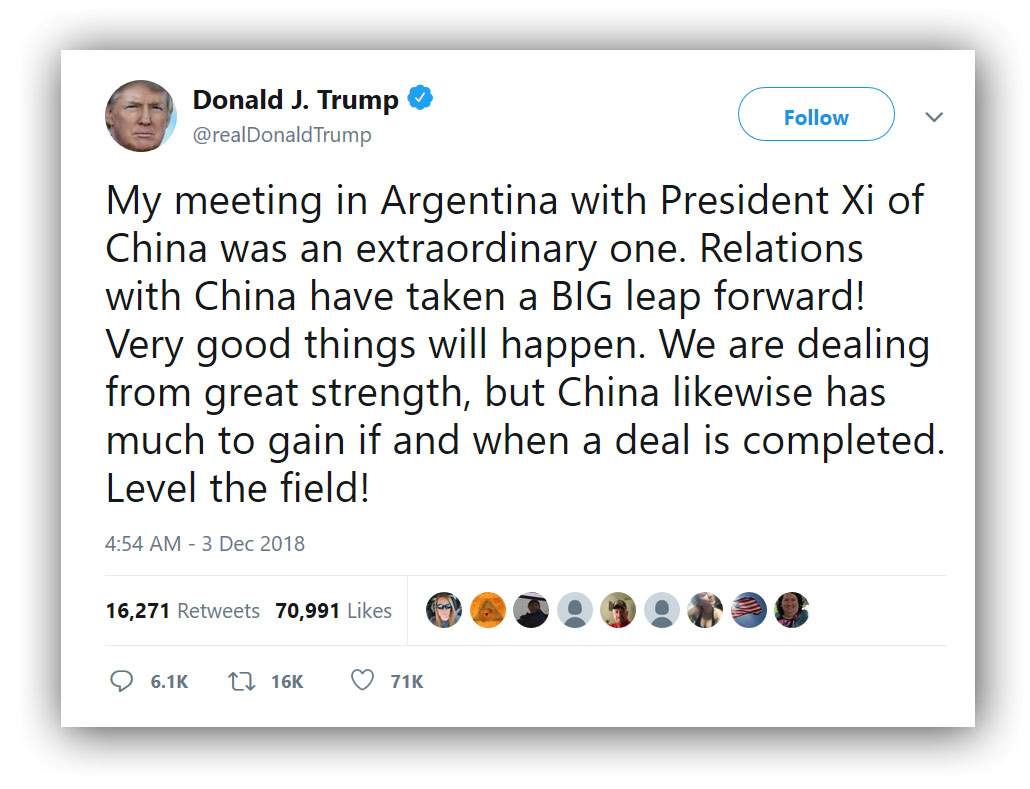 “A Big Leap Forward” did he really say that?

The Great Leap Forward (Chinese: 大跃进; pinyin: Dà Yuèjìn) of the People’s Republic of China (PRC) was an economic and social campaign by the Communist Party of China (CPC) from 1958 to 1962. The campaign was led by Chairman Mao Zedong and aimed to rapidly transform the country from an agrarian economy into a socialist society through rapid industrialization and collectivization. However, it is widely considered to have caused the Great Chinese Famine

Estimates of deaths due to starvation range in the tens of millions.

My dad used to sometimes say, “other than that, Mrs Lincoln, did you enjoy the play?” But he never would have said it to the real Mrs Lincoln.