As you probably recall, I am not a fan of Psychology. It too often relies on naming things and passing the name off as an explanation for the thing. It’s simple appellomancy [oglaf] – names have power.

So, we have a lot of pent-up power behind the concept of “projection”: 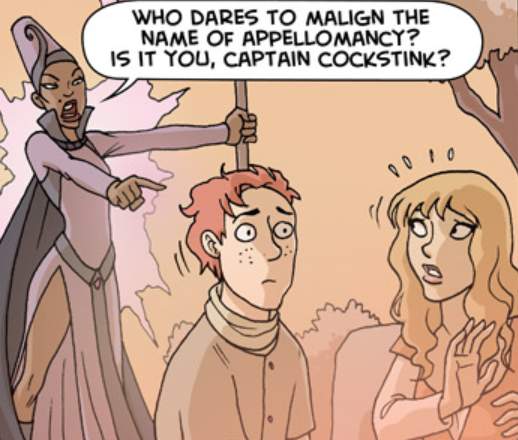 Psychological projection is a theory in psychology in which the human ego defends itself against unconscious impulses or qualities (both positive and negative) by denying their existence in themselves while attributing them to others.

[Note the embedded assumption that Freud was correct that we have an ‘ego’ but that’s a discussion for another day] A more practical explanation might be something like:

As we are constantly modeling other people’s motives and imagining what they may want to do, we are limited by our own experience and imagination, so we tend to imagine other people might do the things we’d do in their position.

This crops up all the time in computer security wonking; computer security’s equivalent of pop psychologists call it “threat modelling” and it’s part of “risk management” (both of which I dismiss as mostly consisting of frameworks for placing the things you’re worried about in an order of likeliness and assigning them priority based on an estimate of the damage they might cause) – when you’re looking at a system you spend a lot of time hypothesizing “what would I do, if I were a bad guy attacking the system?” For many years I render that down into a set of questions:

I’d probably be wealthier if I had made it more complicated, perhaps book-length.

What I’m getting at is that “projection” is just a side effect of how we model other people’s behaviors, that “threat modeling” and “gut instinct” are inevitably tied to our own ideas and imaginations. That’s why, if someone is shouting loudly about there being a “problem with cannibals in the neighborhood!” the first place you should look for cannibals is in their basement. It’s pretty simple, really: they’re thinking about cannibalism a lot, apparently. This approach will not always work, of course, because a clever cannibal would not go around basically marketing cannibalism.

The Republicans – especially the North Carolina Republicans – are suspiciously concerned with election-rigging. Granted, the Democrats also have a long history of voter suppression, but the midterm election generated a high level of Republican heat around allegations of busloads of voters, etc. It appears that the Republicans had been thinking hard about “how to rig an election” and had generated a few credible threat models: because they were doing them.

Naturally, the Republicans are also howling for justice to be done. Because that’s what they planned to do if they caught Democrats cheating. Just kidding; sorry that wasn’t funny.

Many of those nine people who signed ballots seem to know each other, checks of public records and their social media accounts showed. Some are also associates of Leslie McCrae Dowless, a longtime North Carolina operative who worked for the campaign of Mark Harris, the Republican who leads the race by 905 votes.

A CNN review found three witnesses signed more than 40 ballots each, another signed 30, and three other people signed more than 10 apiece. North Carolina election law states only the voter or a near relative can hand in an absentee ballot.

This is what I mean when I say that the election systems need to be better designed, so that they cross-check themselves. The Republicans engaged in the simplest, most obvious vote fraud that they could come up with – and they probably did that because they thought they had political top-cover that would prevent it from becoming obvious.

Interestingly, there is discussion about having another election. Why? Once they audit the faked ballots and subtract them, the Republicans lose in that critical district. Meanwhile, where are the Republicans chanting “lock them up?”

Dowless pleaded guilty to insurance fraud in the early 1990s after taking out a $163,000 policy on a dead man, court records show.

In 1990, he forged the signature of an employee at his auto sales business who died in a car accident on a life insurance policy, the outlet reported. He backdated the form and named himself the beneficiary. He received a check for $163,541. He pleaded guilty to felony fraud in 1992. [heavy]

If Dowless starts talking about the cannibal threat in North Carolina, someone get a search warrant and check in his basement.

My explanation of “projection” is rough and I didn’t put it through any cycles of refinement, but I think it’s pretty good and, most notably, does not require an appeal to imaginary entities like ‘ego’ which require explanation in turn. The problem, I suppose, with my definition of “projection” is that it’s straightforward and non-mysterious, relying on our every day experience and observable behaviors – the exact opposite of “pop psychology.”

It’s interesting that CNN doesn’t mention the “forged signatures” part of Dowless’ criminal record and only mentioned the insurance fraud. Why not, CNN?

Dowless appears to have been paid $400,000+ by the Harris campaign. Damn! Computer security is a good career but apparently “felon political hack” pays a whole lot better.