This should be a strong sermon but it won’t – it’s going to meander a bit, because today I don’t feel strong. 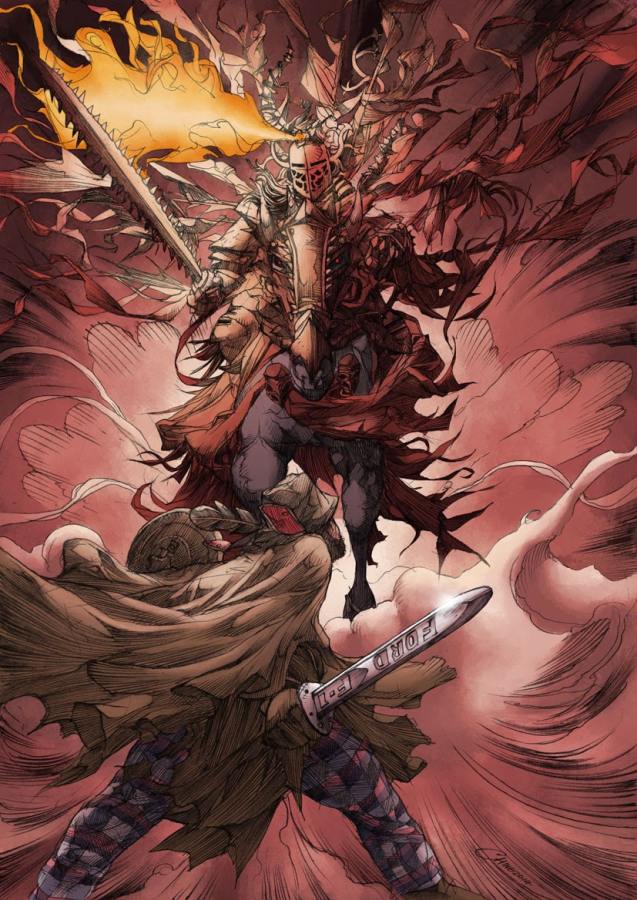 Anna and I had dinner Friday night at a Thai restaurant in Squirrel Hill, Pittsburgh. It was rainy and quiet and we ate while people walked by doing their thing. Ordinary people, ordinary things – people of all sizes, shapes, colors, and ideas. It’s a few blocks away from where the shooting was. What a stupid, pointless, waste. After that we went to The Scarehouse – a great big warehouse of twisty paths and smoke and people in scary costumes who jump out at you suddenly. The air was full of bangs and groans and laughter and people screaming the fun “eeek” screams that don’t mean anything, not the raw shrieks of pain and shattered life. There’s no great, deep, meaning to this juxtaposition – no powerful metaphor – it’s just the way things happened. I simply find it unimaginable, even after a dry-run, to try to think what it would feel like to have someone hunting us with a gun. Someone so narrow-minded and filled with hate that he’s incapable of seeing the different, uniquely valuable and interesting people, that his mind has labelled, hated, and turned into targets.

In The Fisher King, Jeff Bridges plays a washed-up shock jock DJ who was at the top of his game when, one night, he told one of his callers to just get a shotgun and go clean up this restaurant full of liberals (I think that was it) – and the caller does. This was back in 1991, and the DJ’s show is immediately cancelled. Today, I suppose he’d be elected president. It’s just a little example of how things get normalized – which is a nice way of saying “society lies in the gutter long enough to become comfortable there.”

The rest of the movie is a magical surrealist meditation on redemption, the virtue of persistence, and the power of belief. It’s beautiful and weird and sad and director Terry Gilliam’s Monty Python-esque off-kilter take on things is powerful and not off-putting. At one point, the character played by Robin Williams, a madman, hallucinates that he is being attacked by a knight on horseback in red armor – and it’s one of the scariest scenes I’ve seen in any movie. Not because it’s scary, like The Scarehouse; it’s existentially scary because we see in a flash how a person with mental problems might literally find themselves in a reality that’s worse than hell.

“Thoughts and Prayers” is so much bullshit, especially because it’s so easy and inexpensive. When someone says they’re sending “Thoughts and Prayers” they are literally saying “I’m not going to do a fucking thing.” Maybe what we should do is imagine that we’re there, imagine that we’re being hunted by a hate-filled garbage-bag with a gun. There’s no point to any of this – none of it is going to move the needle of reality very far, he just wasted his own life and 11 others. And he profoundly altered and damaged all the lives that touched on those 11. What did he expect to accomplish? Hate is not a strategy, “Thoughts and curses” and wasted pain and blood. Right now I am trying to imagine the fear, the puzzlement, the sense of violation. How can this be happening? And why doesn’t the whole world stop and collectively catch its breath while sorting through the pieces in order to understand how to keep it from happening again?

In The Fisher King the story winds in on itself and has a conclusion that’s somewhat optimistic and is quite beautiful. But reality seldom works that way, seldom ties up the threads – it just leaves an ugly tangle. Collectively, we make what we individually see as choices, and lately it seems as though the civilizations of the world are choosing more repression, more hate, more ethnic cleansing, more authoritarianism, and less thoughtful beauty. Why choose an ugly tangle when we could have something else?

None of this serves anything.

“And why doesn’t the whole world stop and collectively catch its breath while sorting through the pieces in order to understand how to keep it from happening again?” – when an airplane crashes, there is an important and special government agency that’s job it is to figure out why and to figure out how to keep it from happening again. As a society, we care that much about safe air travel. Yet, I notice that there isn’t a concerted and thoughtful analysis of how to deal with mass murders. Imagine if “Thoughts and prayers” were all you had to take onto an airplane with you.