It must be a constant source of humiliation for journalists that have to pretend to swallow something obviously absurd, so that they can appear to be impartial. As we’ve seen since 2018 that does not result in good public policy unless your idea of good public policy comes from a Monty Python sketch.

So, there’s a theory mooted about that giving police officers a “cooling off period” in which to de-stress after a high-stress event will improve their ability to recall that event. High-stress events, mostly, being when the officer used force on a civilian.

Let’s walk through that, shall we? Officer Fred sees someone scary and guns them down. Officer Fred gets several weeks to regain composure, consult their lawyer, and write a report once their composure is regained. Meanwhile, Bob the friendly dope dealer gets grabbed, thrown in a car, and hauled to a small room for questioning. Both situations are stressful, but Fred’s memory is believed to be improved while Bob’s memory is, uh, also improved by the proximity of the questioning. Meanwhile, the reporters covering this story have to pretend that the whole thing is not obviously self-contradictory. 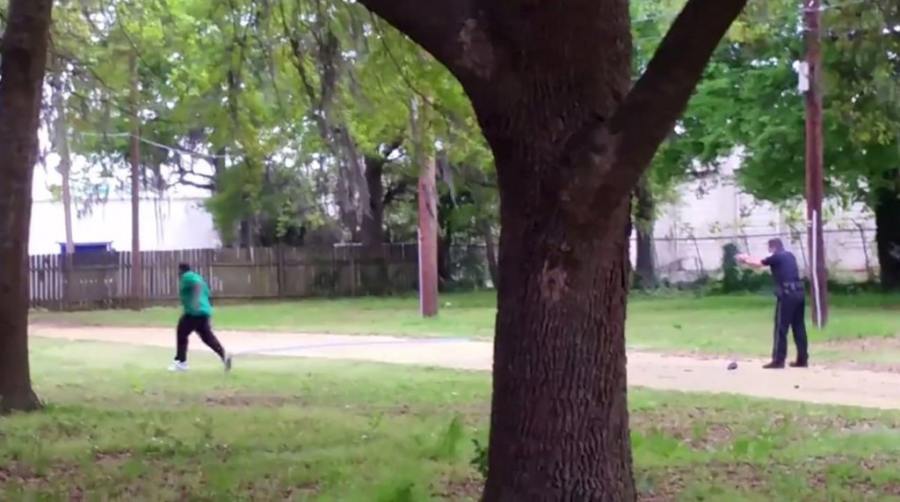 For years, the accepted wisdom in the police community has been that the officer should be given time to calm down from the traumatic event and that full sleep cycles once or twice before an interview will enhance his or her recall of the episode. Some jurisdictions have rules or laws mandating a waiting period, and some departments have reached similar agreements with police unions.

“Officers should have some recovery time before providing a full formal statement,” the International Association of Chiefs of Police states in its “Officer-Involved Shooting Guidelines.” The guidelines say, “An officer’s memory will often benefit from at least one sleep cycle prior to being interviewed leading to more coherent and accurate statements.”

Pull the other one, it’s got bells on it. ‘More accurate and coherent statements’ means ‘cross-check our stories and make sure Officer A doesn’t contradict Officer B.’ Donald Trump could have explained it to them pretty quickly, back in the days when he cared about making his lies plausible.

Even though officers who were questioned shortly after emerging from a high-stress scenario “felt heightened anxiety, and reported less confidence in their cognitive ability,” the study found that those factors “did not seem to impede officers’ ability to recognize details of the scenario, or form new memories and perform in the cognitive tasks.”

When I was a psych undergrad, back in the 1980s, we were taught that it was already an established fact that a big dose of adrenaline boosted the heck out of short-term recall. That says to me that a cop should be immediately debriefed at the scene, then allowed to spend a few days calming down and asked again.

The study also built on a commonly held perception about memory. “One of the most fundamental laws of memory,” said Stanford professor Elizabeth Loftus, a renowned expert on human memory, “is that it fades over time.” She noted that memory “not only fades, but is also vulnerable to post-event contamination, or eroding.” Loftus said that “we couldn’t see any good reason for this kind of long delay” in conducting police interviews.

“post-event contamination” being when Officer A asks Officer B, “you saw him point what looked like a gun at me, didn’t you?”

There is more in the article, including typically lamentable social science – things like giving officers multiple-choice tests to check their recall (if you can’t see what’s wrong with that, raise your hand) in various circumstances:

Another issue with interviewing officers after a shooting is that they are entitled to the same protections as any citizen, namely the Fifth Amendment right not to incriminate oneself. Although officers are required to speak with internal-affairs investigators, those interviews are usually conducted much later and cannot be used against an officer in a criminal case. Officers typically consult a lawyer soon after a shooting, and those lawyers typically advise the officers not to talk.

The deck is stacked in favor of the officers in multiple ways, in other words. They are given plenty of time to lawyer up, consult with a lawyer, adjust their memories, and decide whether they are going to talk or not.

Here’s a suggestion: why not decide on the officer’s actions based entirely on circumstantial and non-hearsay evidence? Officer A’s gun’s bullets are in an unarmed person, Officer A said the unarmed person pointed a weapon at them, Officer A is lying and is guilty. That’s the same standard of evidence that anyone else gets. The testimony of officers should never be contradicted by dash-cam videos or by videos shot by uninvolved observers, because, if it is, they are lying. If I drive through a stop sign I am not able to say “I don’t recall seeing the sign” – it doesn’t matter, I get a ticket for what I did or did not do.

Not Your Usual Landing » « Kajioshi – Home