The sword-making process consumes grind-stones at a fairly amazing rate. Yesterday, I spent most of the day going back and forth on a coarse water stone, and ended up with a much smaller water stone. 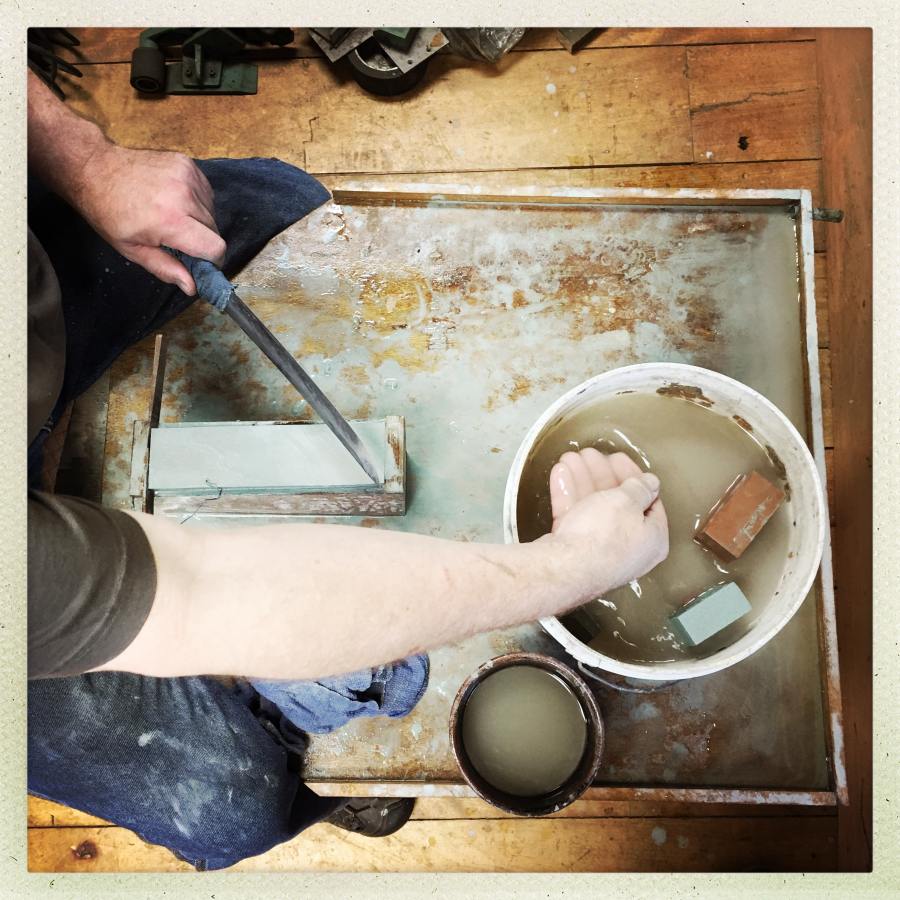 You see a lot of this

The stone forms a thick slurry, which builds up and has to be sloshed away. That slurry obscures the shape of the blade, and cushions the feel of it against the stone, so you can lose track of the angle and flatten one of the edges of a planar surface pretty easily. I developed a creeping terror and became unwilling to trust my own hands. When that happens, it’s time to take a walk in the fresh air, or pet a dog. 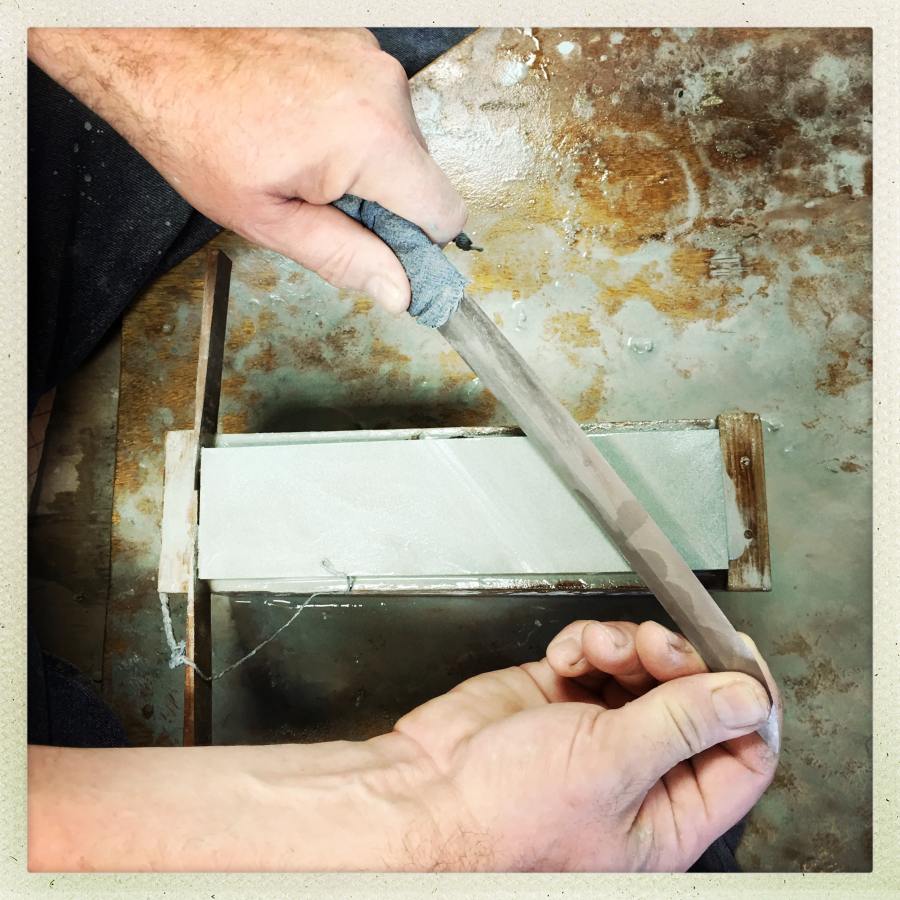 Working on the mune (back ridge)

One thing that makes me very uncomfortable is doing this around other people. There are dogs, even a kid, walking about while I am handling something that could cause a severe injury in an instant. It could either take a chunk out of them, or they could knock it against my hand and take a chunk out of me. A lot of the time, you keep the blade wrapped in a wet rag, but sometimes you’ve got to have the tip exposed and it’s perfectly positioned to get driven into your inner thigh. 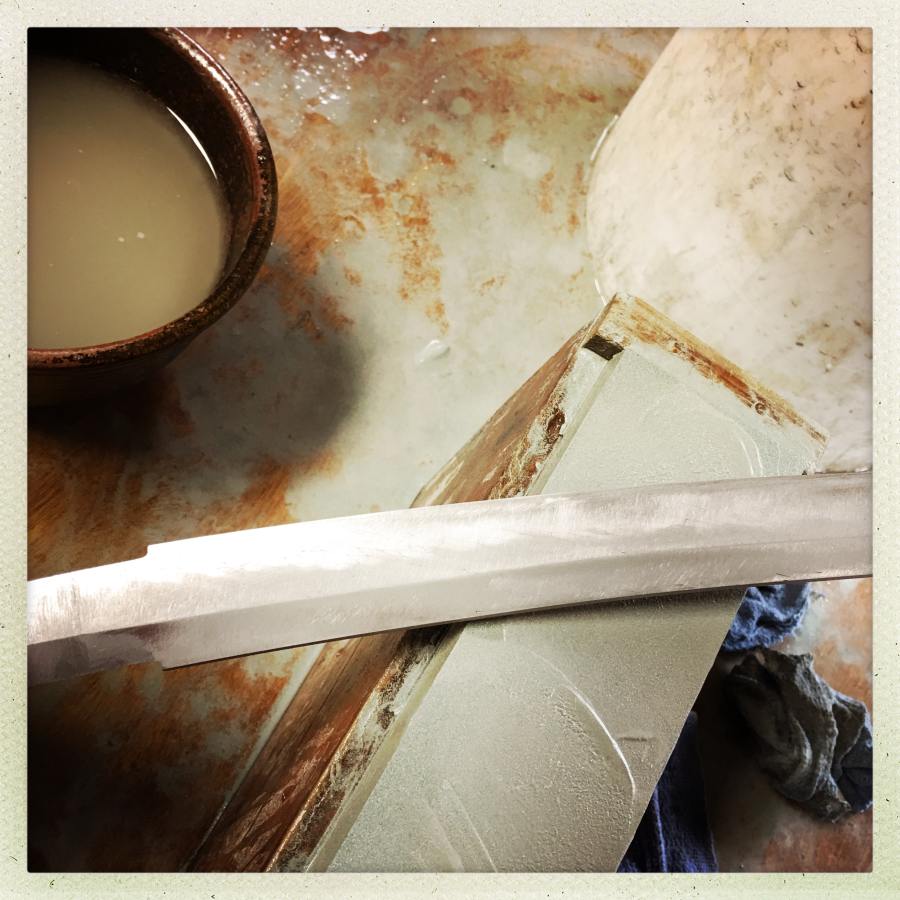 When you switch to the finer stones you’ve got to get all of the grit from the previous stone off the blade, or you’re just making new scratches that move around. So, your work-space has to get successively cleaner as you go. I expect to wind up in a tyvek bunny-suit in a clean-room by the time I’m done. 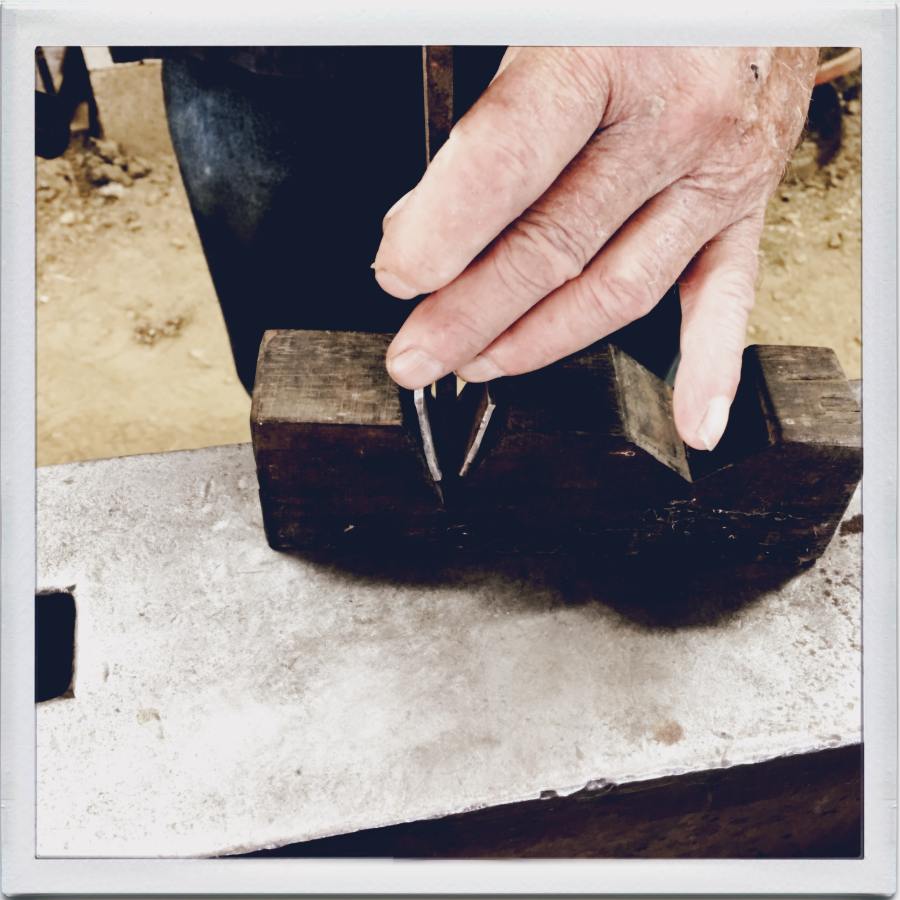 We’ve been switching back and forth between grinding and shaping the habaki. To bend it initially, it’s hammered (that is Michael Bell’s hand) into a notch using a driver that’s about the right thickness. Once that’s done, the silver is re-annealed, and hammered down around the blade, using the blade as a mandrel. 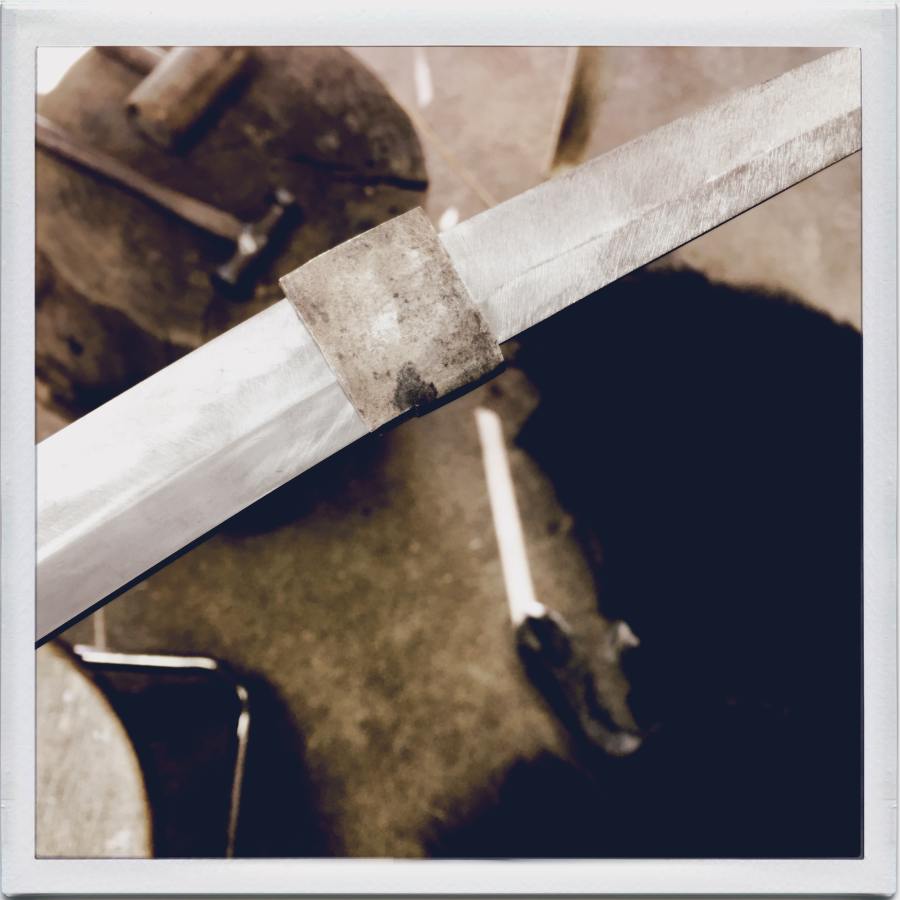 All I see is scratches. Everywhere.

The next part of the habaki-making process is to shape and fit a small piece that was cut off during the blank forming process; that’s going to be brazed into the gap at the throat. After that: more grinding.

Some blade-smiths on instagram have been saying that knife-making is a process of turning the universe to dust. I say we’re just producing smaller regions of lower entropy by making a lot more entropy (in the form of dust) all around us.

This is a late picture off the camera-roll of my habaki right after it was poured, before it took a severe beating on the anvil: 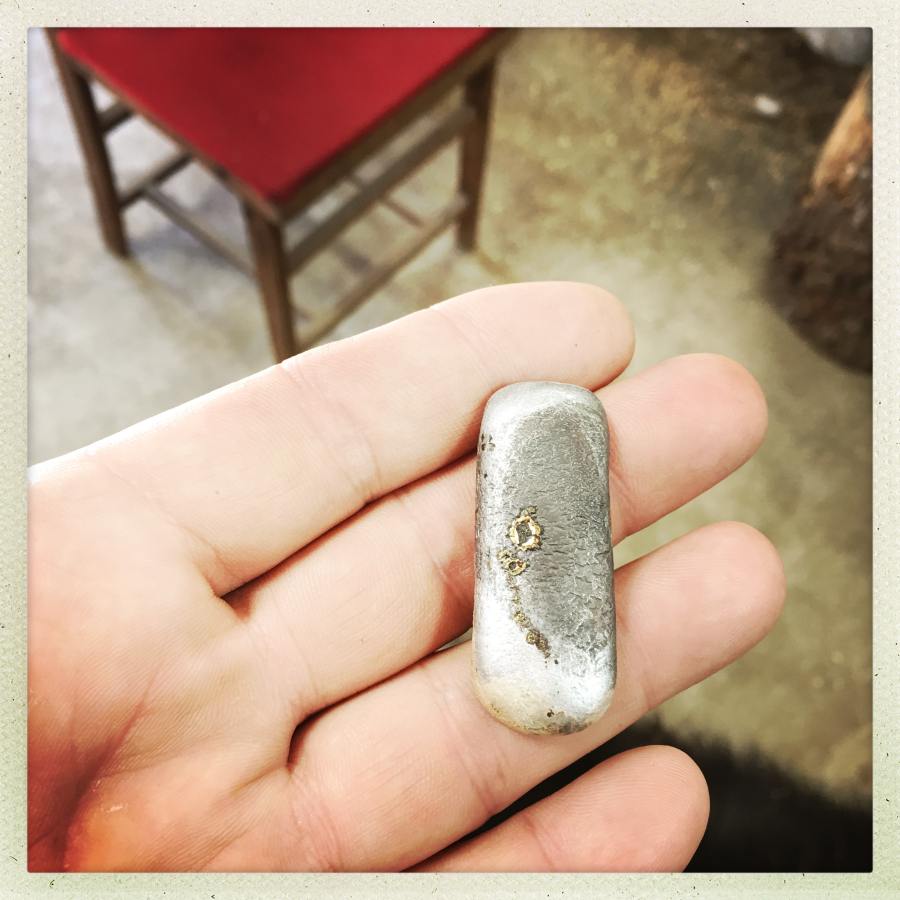