Back in the late 90s, when I was still hanging around with venture capitalists and investment bankers, I remember one telling me, “most of the time, if you can find asymmetric knowledge, you can monetize it.

At that time, I thought it was probably true; the investor class are really good at making a buck out of any situation where they have an advantage.

As I was going through airport security here at LAX, I realized that I was in an asymmetric knowledge situation:

I’m afraid that the profit margins on this have already been squeezed out, though: trusted traveler programs appear to assume that because I’m willing to spend $75 and send my picture to a government agency, I’m not a terrorist. Because nobody who wanted to die and kill a lot of people would be willing to cough up $75.

So, if you can prove my old investment banker associate was right, you can make a lot of money. Somehow. How could you prove you’re not a terrorist? I don’t think that’s possible but if you can figure it out, you’ll be rich. 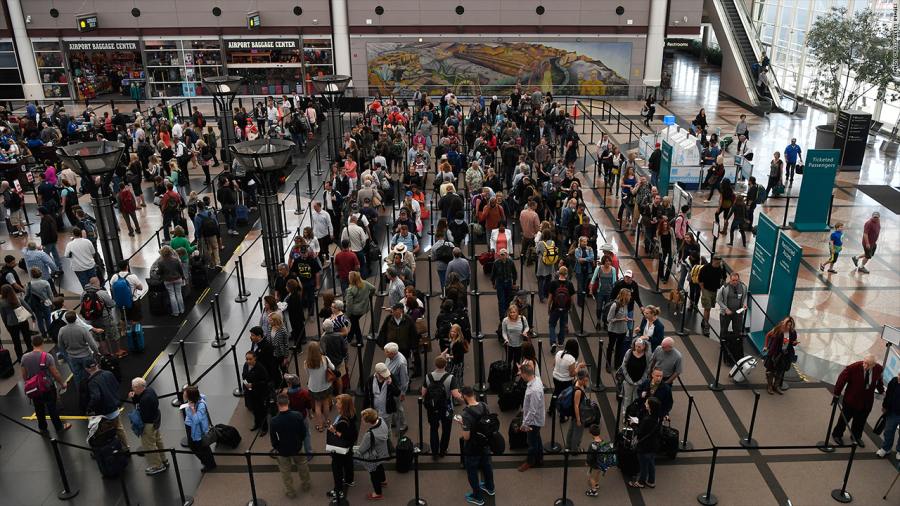 We security people specialize in thinking of the worst things that can happen in practically any situation. That’s why, generally, security practitioners don’t go around with ticking time bomb and trolley-cart problems; we’re too busy living less fraught versions. With luck, it’s not lives at stake, it’s just credit cards and national security information, but the security practitioners are the ones who are always looking around at the airport security lines, and clutching their temples. That’s part of why I nearly gave myself a concussion /facepalming at the debate between Sam Harris and Bruce Schneier – about security (though Harris didn’t seem to understand that). Bruce has forgotten more about security than Harris will ever think, and I remember when Bruce was a new guy on the scene.

By the way, look at the picture above: who needs to get a bomb past security when they can just set it off in the middle of that neatly arranged crowd? That’s how security people think. It’s why we’re so depressing at parties.