Some sportsball event is being held (or has been held; that’s not the point) in Omaha. And, as usual, it’s stimulating the local economy.

One of the ways it stimulated the local economy was by sending “just under $700,000” [omaha] to Minnesota company MacQueen Emergency Group, to buy a plush new mobile command center. 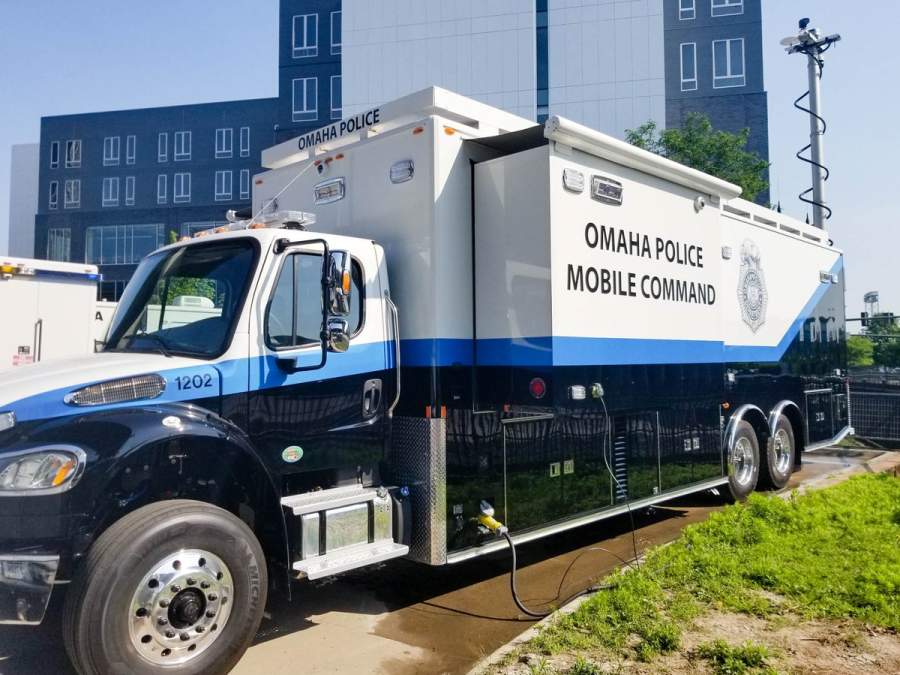 Now, if those cops had been decent citizens, concerned with the well-being of all the citizens of Omaha, maybe they’d have gotten a local business to slap a bunch of electronics and some paint on an ordinary mobile home. I know you’re aware of some anti-cop bias on my part, but I’m just going to have to say: walking would probably be good exercise for them. It’s amazing that cops managed to coordinate anything before such vans were available, isn’t it?

Meanwhile, Omaha is cutting educational budgets. They’re probably cutting budgets all over the place, except for the sportsball franchise, and the cops. And the voters probably haven’t woken up yet and wondered “where did the resources go?” [omaha]

Tough choices lie ahead for the Omaha Public Schools as district officials begin deciding how to cut $26.4 million in staff and services.

On the line: roughly 100 jobs, with pink slips going out in the days ahead. Centralizing summer school, with fewer kids served. Eliminating high school busing, which some fear risks resegregating the district’s schools.

Know we know where the resources went! Some of them went into a mobile air-conditioned donut truck.

“which some fear risks resegregating the district’s schools” – Yeah, I bet they fear it. They fucking planned on it, you betcha.

Cops haven’t changed much. Which is to say they haven’t gotten better at all: [ag]

I want tell you about the town of
Stockbridge, Massachusetts, where this happened here, they got three stop
signs, two police officers, and one police car, but when we got to the
Scene of the Crime there was five police officers and three police cars,
being the biggest crime of the last fifty years, and everybody wanted to
get in the newspaper story about it. And they was using up all kinds of
cop equipment that they had hanging around the police officer’s station.
They was taking plaster tire tracks, foot prints, dog smelling prints, and
they took twenty seven eight-by-ten colour glossy photographs with circles
and arrows and a paragraph on the back of each one explaining what each
one was to be used as evidence against us. Took pictures of the approach,
the getaway, the northwest corner the southwest corner and that’s not to
mention the aerial photography.