In 1999, I became a millionaire on paper by selling shares in a company that I had created for the express purpose of selling the shares. That ought to sound bizzare to you, and it is – it’s one of the weirdest parts of corporate capitalism. The entire thing feels like a scam, except that the money is very real, or it’s not, depending on what happens.

This posting may help you understand Marx’s dialectical reasoning, too. Marx, in Capital, is trying to explain why things are worth what they are. This was crucially important to Marx for two reasons: 1) for political reasons he was trying to develop a theory of what labor was worth so he could argue precisely how badly industrialists were screwing their workers, 2) economics doesn’t make sense without a theory of value to explain why anyone pays anything for anything. If we don’t have a theory of value, everyone just turns to market value: what is someone willing to pay for my thing?

Suppose I have a dozen bananas and Kent Hovind wants to buy one. He asks me “how much for a banana?” and I reply, “for you, $100.” He says “that had better be a good banana!” and I reply, “it was made by god.” And he forks over $100 and I give him the banana. We have now established a market price for bananas: $100. Of course someone else might come along and offer me $.05 for a banana (and I’d take it) – now what is the value of a banana? We can see that it’s got a market price that’s fluctuating in a certain range, but we just don’t have enough long-term data to be able to price the banana. [If we had long-term data we might base our notion of the value of a banana on the long-term average market price.] 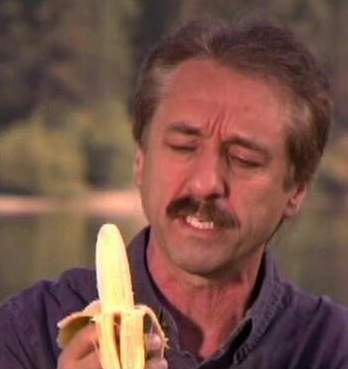 Now you can see why being able to value a banana would be important to Marx: a worker who collects bananas in horrible, hot, brutal conditions, has helped produce the valued item. If we’re selling bananas at $100 and an exploitative capitalist is paying his (it’s always a “him” isn’t it?) workers $1/1000 that they pick, we’re justified in calling them “exploiters.” If bananas sold for $100 apiece and we’re paying the worker $5/banana I’ve probably put myself out of business because – while I was being generous to my laborers – I forgot to account for shipping, packaging, bribes, duties, taxes, and whatnot.

Aside from the absurd price-structure I made up for bananas, that’s about how it works in capitalism. My farm and my banana trees and my infrastructure costs are the means of production and Marx was trying to tease of the relationship between what happens when labor doesn’t control the means of production, and capital can use their control of production as a weapon against labor. I.e.: Andrew Carnegie could threaten to shut down the Homestead steel mill for 6 months because he knew the workers would (literally!) starve and – while he’d lose money not having the mill working – he’d be the last man standing. Andrew Carnegie was exactly the kind of son of a bitch that would do that; it’s how he got to be so incredibly rich.

Capitalism is blood sport. Marx was trying to establish a framework for understanding what things were worth because otherwise all anyone could do is shrug, “A banana? Last time someone sold a banana it went for $100.”

Now, we can talk about what a company is worth. You might be thinking, “it’s going to be worth how much it has in the bank, plus the total fair market value of its assets, plus maybe a million dollars for its brand identity, and the genius executive team that have been driving it to success are also an intangible asset but definitely worth something.” That is what you might think. But you’d only think that if you had not been paying attention. The company is worth whatever someone is willing to pay for it.

Perhaps you have heard the term “market cap” which is hip Wall Street-ese for “market capitalization” – what the market is willing to pay for a company. The market cap of a company is the total number of shares that have been issued, times the price per share, minus the company’s debt if any. If you think about it, you can see that any other calculation of its value is going to get fractally complicated: every asset that a company has, from post-it notes to nebulous “intellectual capital” has to be costed out and argued over. Instead, you just look at the market: 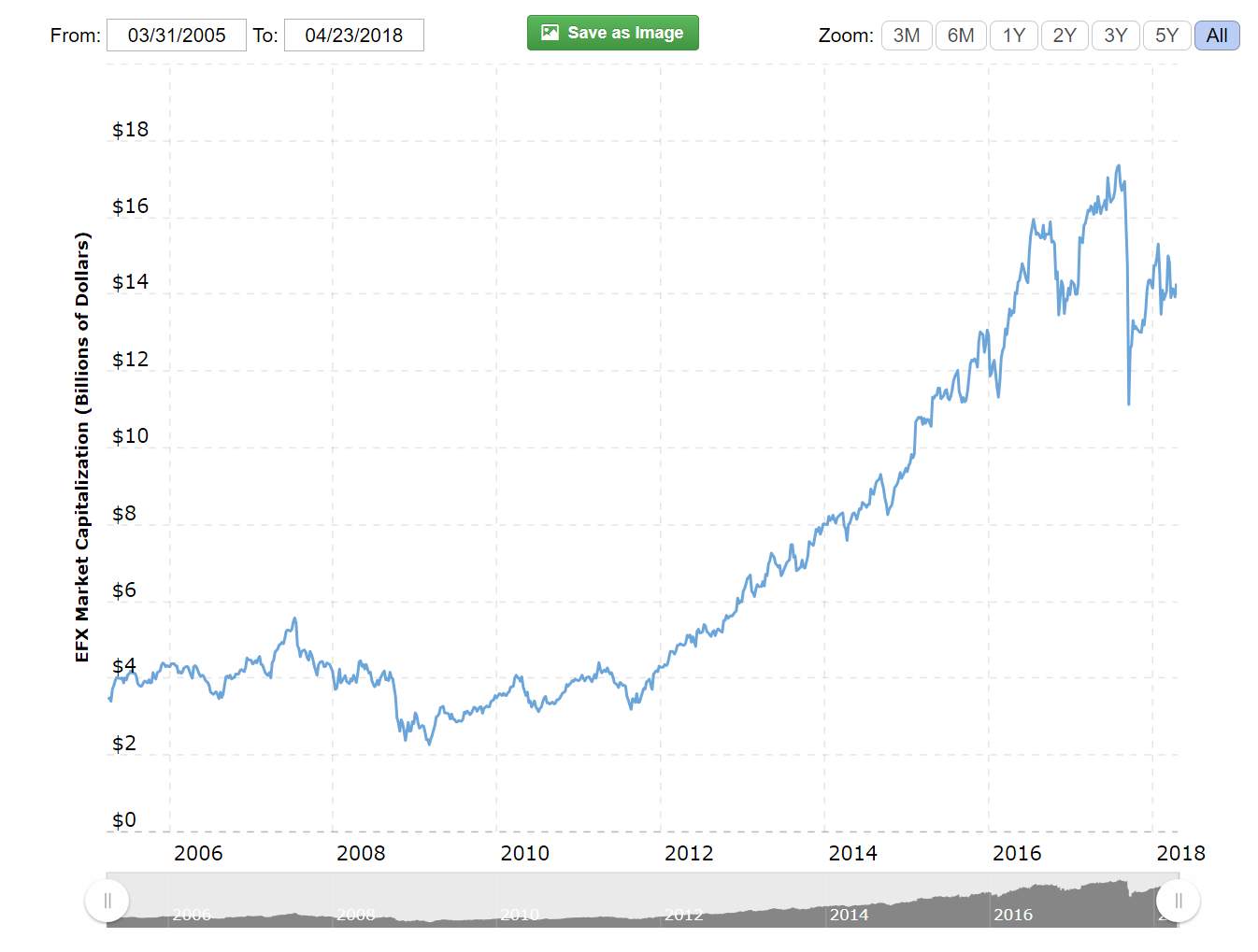 If you were an asset stripper, and you were thinking of buying Equifax and breaking it apart, it was “worth” $17 billion until the data breach was publicized, and the next day Equifax was worth $11 billion. There’s blood in the water! They may have just become affordable.

There are complications, of course: you don’t simply buy all the shares of a company and say “it’s mine, now! Bwaaahaaahaaa!” As you started buying up the shares, the share price of the remaining shares would go up (supply and demand!) as the Wall St gnome who trades the shares for that company adjusts the share price to reflect what someone is willing to pay. That, by the way, is called a market-maker: literally, the guy who sets the share price.

Remember the scandal where bankers were found to be rigging the price of the London Interbank Offered Rate (LIBOR) [wik]? Basically, the market-maker for a certain loan-rate decided to make very small fluctuations in the market price: a little lower for his friends, a bit higher for German banks – that sort of thing. The whole thing seems a bit odd to me, since the market-maker is basically an intermediary who has placed themselves on top of the money-spigot and they swear up and down that it would never occur to them to cheat even a tiny bit. And, with the amounts we’re talking about, a tiny bit of jiggering alters downstream prices by billions of dollars. The capitalists, and their regulators, smoke expensive cigars and drink heavenly rare whiskies, and pretend vigorously that the game is not rigged – which is weird because their entire job (other than to wear bespoke clothes and look good) is to rig the market. That’s what a market-maker does: rigs markets. 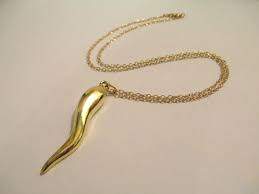 Now I can explain how I created myself a bunch of paper wealth out of thin air. I started a company! This was not some scam – I devoted 5 hard years of my life, 100%, to building my company. How a start-up works is: you start the company, issue a number of shares – let’s say 1 million shares – and then sell them to raise operating capital! The founders of the company write business plans and presentations and go and meet with venture capitalists and rich golf-playing douchebags who still wear those 80s gold ‘macho horn’ jewelry and very expensive suits. The business plan has to be good, practical and the idea has to be good, or good-ish and ideally it shows a path toward massive profit and global domination. Every start-up’s business plan is ridiculously hyper-optimistic. Except for the ones I wrote, which were down to earth, practical, and had achievable budgets and waypoints. I used to tell prospective investors, “this is not pie in the sky: look at these numbers and you’ll see I didn’t make them look exciting to get your money, because I know that I’m going to have to deliver on this and it needs to be real.” That bit of macho-humble posturing usually worked pretty well in the 90s but apparently it doesn’t work so well in 2017. I got involved in a start-up last year and we had real trouble getting the money because everyone wanted to know why we weren’t “doing blockchain big data yumyum facebook billion dollar exit?” 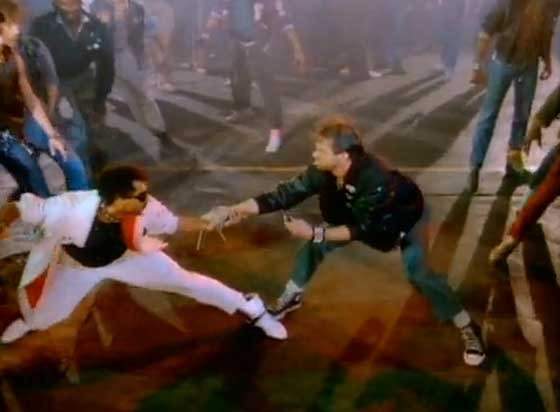 Capitalists negotiating a start-up’s market cap with the founder.

Or, maybe I can’t sell the shares for $2 million. I guess the company wasn’t worth $6 million after all. Oops. Then, some venture capitalist says “I’d pay $1 million for it.” And, if I take that deal, my company is worth $3 million.

There’s another important concept, and that is liquidity. An asset is said to be “liquid” if you can convert it to cash easily and quickly. Let’s imagine you have a suitcase of Mexican Flake cocaine: that’d have a street value of about $1 million, cash. Contrary to what we see in movies, very few people walk around with that kind of money – so you have a liquidity constraint. When you create a start-up and sell those shares, you’ve suddenly created some paper wealth, but it’s less liquid than that suitcase of cocaine: its value goes to zero if you start trying to sell it because then your investors realize you’re trying to sidle toward the door. And then, it gets ugly. If you think some cartel boss is going to get mean because you stole that suitcase of cocaine, Wall Street gnomes are more vicious because they’re cowards. The cartel boss will kill you horribly because it’s business. The Wall Street gnomes will blacklist you and you would have no chance of getting a loan to open a taco stand, even if you put your house in the Hamptons up as collateral.

If you think the whole Donald Trump/Stormy Daniels affair has a great deal of lawyers involved, it’s not any different from a corporate financing deal. When you sell shares in a start-up, your investors are going to come along with stacks and stacks of requirements, basically none of which are negotiable. Why would they negotiate? They already know the market value of your soul. Those requirements are things like that if you try to sell an option on your shares, they get the money. If you quit, they get your shares for what you paid for them (usually about a dollar for those 666,666 shares) and if they fire you, you may have to forfeit some percentage of your shares, etc. This is called golden handcuffs, in the sense that the guys in the knife-fight are handcuffed together: they can be gold or they can be stainless steel, either way you’re not going anywhere.

Red in tooth and claw.

Next time I guess we’ll talk about stock options and maybe short-selling. Eventually we’ll talk about derivatives and we’ll all walk away from the discussion shaking our heads and going “WTF?! They imagine money, and it has value!?”

Marx dialectical reasoning: (I hope I don’t botch this!) in economics there are often propositions that change while you try to pin them down – for example, the price of a banana. If you keep asking me “what do you want for your banana?” eventually I am going to conclude that you are really interested in bananas and I’m going to creep my asking price upward. So, the thing we are examining – the price of bananas – changes as we examine it, because we examine it. In a sense, the price of bananas is a shared fiction between us. Marx’ dialectical method is a way of acknowledging that shared fictions between us are subject to change as we discuss them, so we will define things in terms of each other and in terms of how we discuss them. In that sense, it’s a great big circular argument, but it’s necessary. “What is the value of money?” can only be answered dialectically – literally “as part of a dialogue” between the parties involved. It’s a practical attempt to respond to linguistic nihilism.