My accountant says “there are only two kinds of people in hell: those who were caught in the act, and those who kept records.”

Of course, I don’t believe in hell. But sometimes I wish there was such a place, briefly, until I remind myself that deterrence does not appear to stop bad behavior. The threat of retaliation is meaningless and justice is impossible. 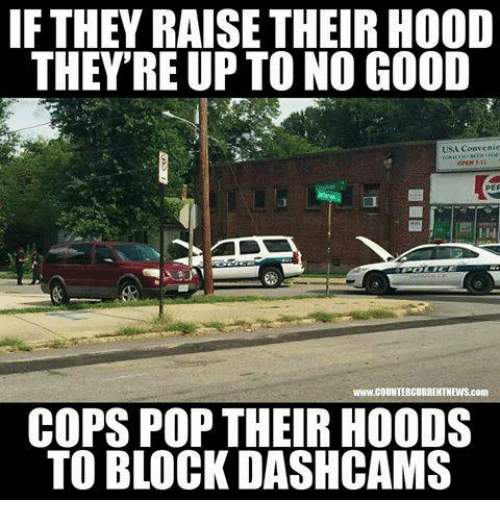 Buzzfeed reports that the NYPD has been keeping files on many of New York City’s finest and their various shenanigans. And how their jobs were protected afterward. [buzz]

Secret files obtained by BuzzFeed News reveal that from 2011 to 2015 at least 319 New York Police Department employees who committed offenses serious enough to merit firing were allowed to keep their jobs.

Many of the officers lied, cheated, stole, or assaulted New York City residents. At least fifty employees lied on official reports, under oath, or during an internal affairs investigation. Thirty-eight were found guilty by a police tribunal of excessive force, getting into a fight, or firing their gun unnecessarily. Fifty-seven were guilty of driving under the influence. Seventy-one were guilty of ticket-fixing. One officer, Jarrett Dill, threatened to kill someone. Another, Roberson Tunis, sexually harassed and inappropriately touched a fellow officer. Some were guilty of lesser offenses, like mouthing off to a supervisor.

At least two dozen of these employees worked in schools. Andrew Bailey was found guilty of touching a female student on the thigh and kissing her on the cheek while she was sitting in his car. In a school parking lot, while he was supposed to be on duty, Lester Robinson kissed a woman, removed his shirt, and began to remove his pants. And Juan Garcia, while off duty, illegally sold prescription medication to an undercover officer.

Of course. “If you’re not doing anything wrong, why would you want to keep it secret?” So, the police union negotiates with the department, and establishes special disciplinary procedures – in which what applies to the people does not apply to the police. Shocking. Shockingly stupid to keep records. Didn’t they learn anything from the Roman Catholic Church?

New York is one of only three states, along with Delaware and California, that has a law specifically shielding police misconduct records from the public, according to a study conducted by WNYC in 2015. In recent years, the NYPD has doubled down on its stringent legal interpretation of those laws, even as departments around the country face growing public pressure to be more transparent about police misconduct.

Meanwhile, there was an internet meme floating around, which appeared to show cop cars with their hoods up, so as to block dashboard cameras. Some police have vociferously denied that’s what’s going on: it’s because their cars get hot and mumble mumble something “we have discontinued the practice.” [jalopnik]

I rarely find myself in serious conversation with 2nd amendment purists, but when I do, I enjoy pointing out that they claim to want their guns because they may someday feel that they need to start shooting cops. If they think about it for a second, that is the only possible 2nd amendment-based theory for why they want their guns. Oddly, cops are often big 2nd amendment supporters; presumably because they don’t think it applies to them. Cops are pretty big on not thinking that laws apply to them, did you notice? 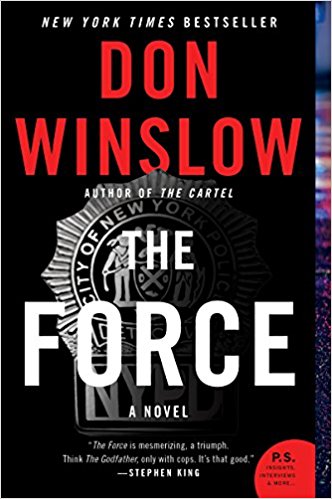 They are both excellent, though as depressingly nihilistic and without hope as you’d expect, given the topic. The Force seems, at first, like a bit of over-the-top cop, like the character played by Gary Oldman in Leon The Professional. Until you read about the kind of shenanigans that NYPD secretly gets up to – then, it sounds more like a thinly-veiled documentary. If you want a book that you can walk away from thinking, “wow, that just made me a whole lot more cynical!” The Force is a good one for that. I heard an interview with Winslow and the interviewer’s reaction was to pretty consistently assume that Winslow was telling true stories, hiding them as fiction. I think the stories ring so true because US policing really is that corrupt. It’s probably worse.

By the way, be careful with the line of argument that I offer above. It simply invites the authoritarians to come straight out and say that they support an armed aristocracy. Which is, really, what the slave-holding motherfuckers have wanted all along.

It would be ridiculously easy to do an entire series on “cops behaving badly” because – authoritarians are attracted to that sort of work specifically because they enjoy the opportunity to wield disproportionate power; it’s a system that’s tailor-made to attract the worst sort of people.

I Remember Those Days » « Chapter 50: Love of Life