Back in March, 2017, I posted about US “still no boots on the ground” Stryker AFVs and Humvees being deployed at Manbij in Syria, [stderr] in order to keep the swirling mess of people shooting at each other from turning into Turkish military shooting at Kurdish Peshmergas who had occupied Manbij. 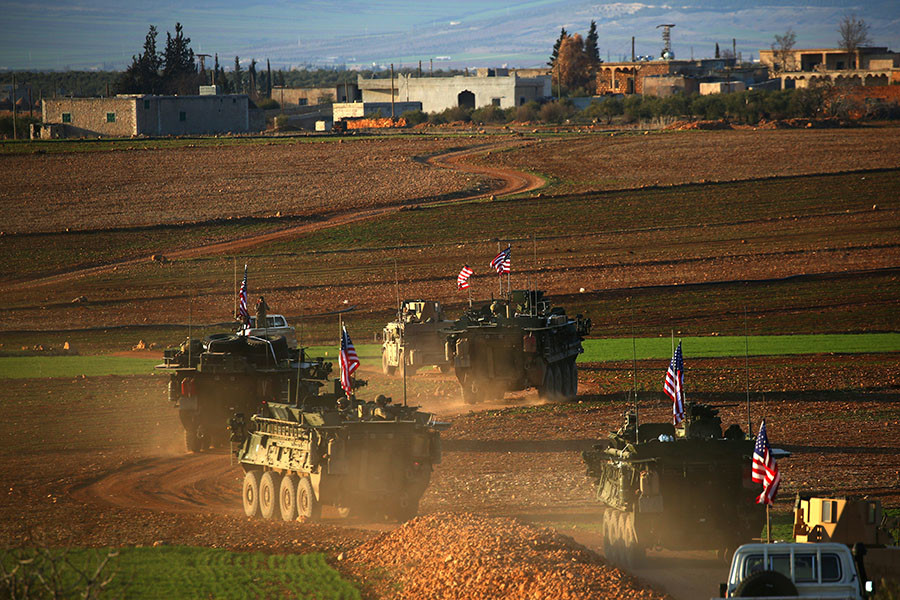 That’s “fewer than a dozen” Americans

Then, the Kurds held a referendum for independence and the Iraqi government wasn’t having any of it, and overran Kurdish positions and rolled them out of Mosul and back to basically where they started. And, “no independence for you!” [stderr]

Now that it’s pretty clear that the US is hanging the Kurds out to dry, Turkey has launched an incursion into Syria – everyone is invading Syria except maybe the French – and is pushing the Kurds back.

It looks like Turkey has had its eye on Manbij all along. What’s the plan, here? Is Turkey going to annex part of Syria, or are they just going to kill a bunch of Kurds, flatten Manbij, and leave? 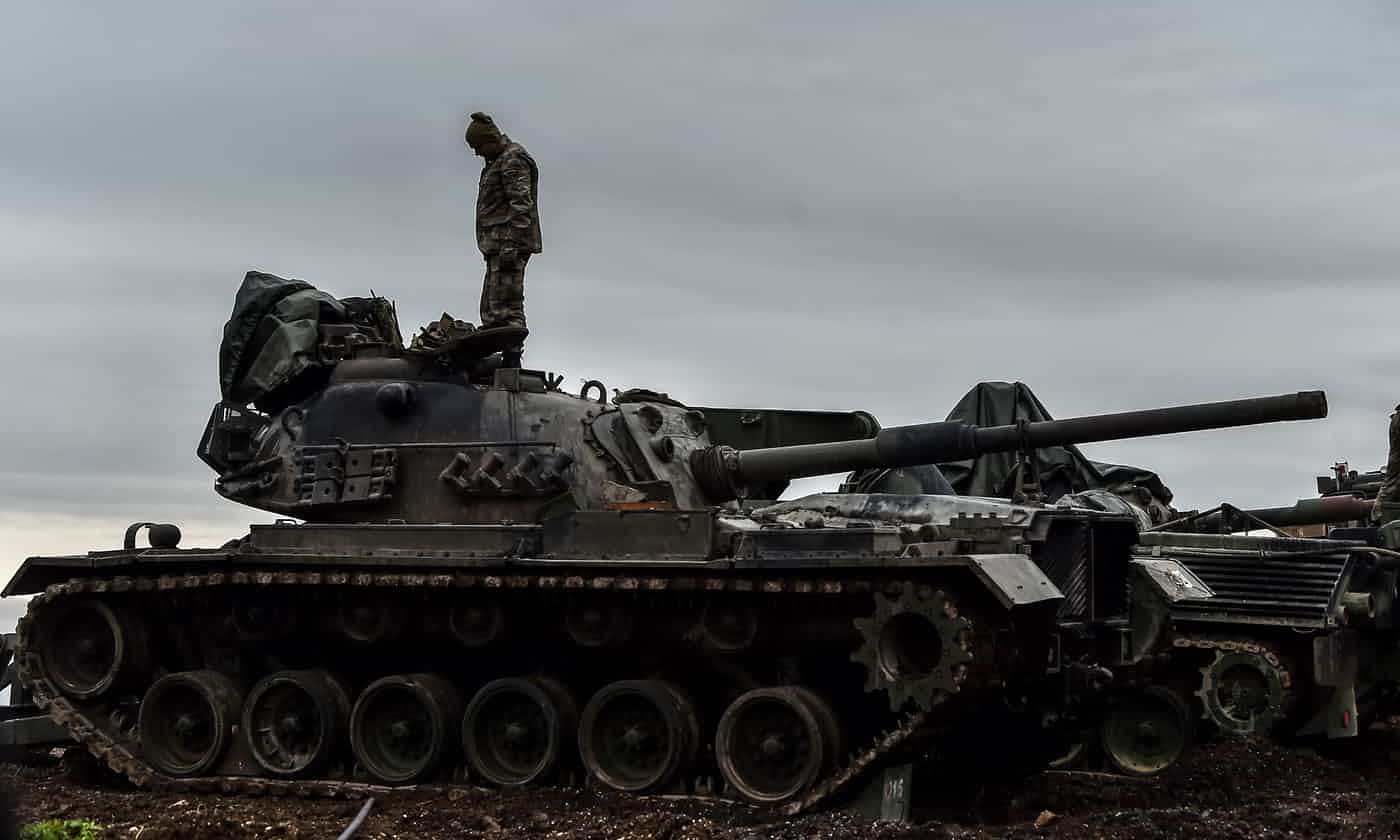 That thing does not belong in a battle-zone; it’s what RPGs were originally designed to penetrate. [It’s an M-60 US-made Patton tank; we sold them cheap when the Abrams M-1 came into production in 197?] It doesn’t sound like the Kurds have much ability to put up a resistance, though. [guardian]

Turkey has said it will extend its incursion in Syria to the town of Manbij, taking its forces to the edge of the US-backed Kurdish presence in the country’s north-east and raising the spectre of a military standoff with Washington.

Recep Tayyip Erdoğan, Turkey’s president, announced the move late on Wednesday as a Turkish military assault on the city of Afrin, in north-west Syria, continued for a fifth day.

The attack has displaced 5,000 people and killed scores of civilians as well as fighters among the Arab forces that Ankara is using as a proxy against the Kurdish-led People’s Protection Units (YPG) in Afrin.

I don’t know if they should even report the Kurds as “US-backed” since the US appears to have decided to hang them out to dry.

Up to 2,000 US forces are stationed in the area, along with more than 10,000 SDF members. The force is mainly Kurdish-led but has Arab fighters among its ranks

2,000? Remember when they were saying it was only a few dozen special forces?

Erdoğan had earlier flagged that the military operation may at least partly aim to engineer demographic shifts in Afrin, saying: “55% of Afrin is Arab, 35% are the Kurds who were later relocated, and about 7% are Turkmen. We aim to give Afrin back to its rightful owners.”

Determining the makeup of populations along the Turkish border in the wake of the Syrian war remains a key objective of many sides in the conflict.

Just when you thought they had run out of euphemisms for “ethnic cleansing.” They just want to engineer some demographic shifts and give Afrin back to its “rightful owners.” That cycle never stops. What’s crazy about most of the wars since WWII (which, at least, resulted in the dismantling of colonialism) is that the imaginary lines on the map usually don’t change much when the killing is done. There is a great deal of hard work and suffering going into some fairly dubious accomplishments.

I used to believe that the big anti-war movement about Vietnam was because Americans had realized that invading other countries and bombing them was bad. But now I realize that it was mostly that white middle-class (there was still a middle class in those days!) college kids didn’t want to get drafted. And their parents didn’t want to see little Johnny’s college career ended and Johnny come home in a box. Congress, naturally, is more concerned about Russians buying ads on Twitter, and deporting people from the US, so they’re not going to lift a finger to ask whether the president is authorized to just go around invading places and overthrowing governments. Of course, they’re divided: half don’t want to complain about what president bone spurs is doing, and the other half don’t want to complain about what president Obama did.

I have decided not to capitalize political office names any more. If I’m not going to capitalize “christianity” because I barely think it’s worthy of being a noun, I don’t think I should capitalize “president” either.

Can we punch people who talk about “nation-building”?

Welding and Drilling » « I Wish Sazz Could See This