There’s one political role I approve of. No, it’s not starting wars or declaring victory – it’s normal stuff like congratulating people and recognizing a job well done, or perhaps cutting the ribbon on a new project of people’s hopes and dreams. 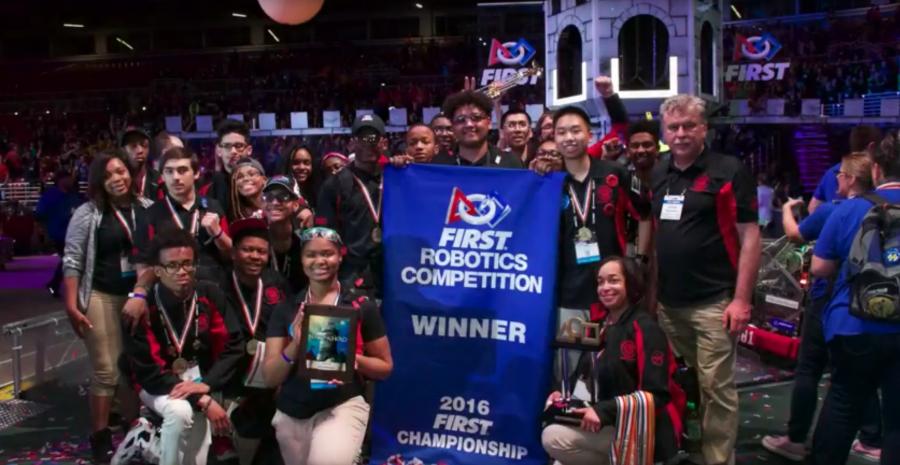 It looks like the challenge was to produce basketball-playing robots (the folks at FIRST probably were wise not to make the contest look like battle-bots) and it appears from watching the videos that the bots are more like human-controlled/radio controlled vehicles. There is still a tremendous amount of design and testing that goes into making anything like this. 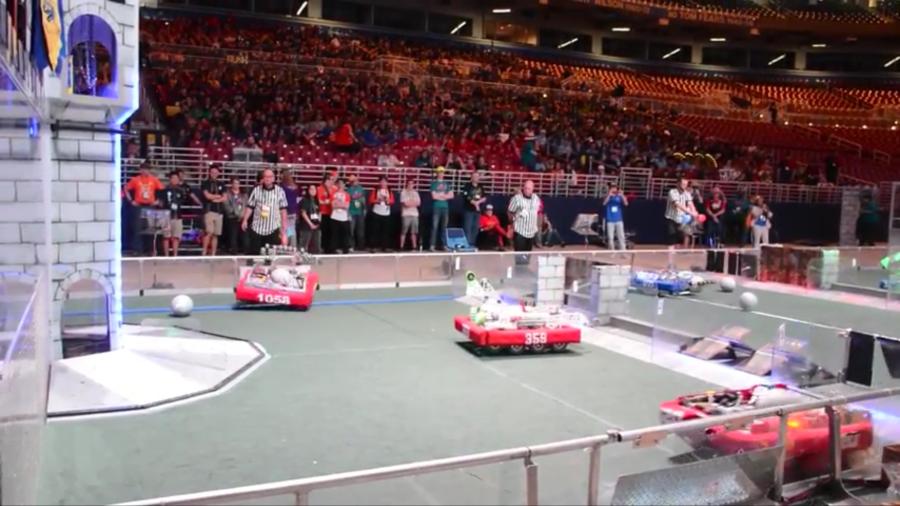 Hey FIRST, add AI to the mix next! I want to see our robotic basketball-playing overlords.

Practical testing is why I whole-heartedly love this sort of contest: it doesn’t just teach “hey make it mostly work then throw it over the wall” engineering – your device has to be debuggable, maintainable, rugged, and functional. In the course of their path to victory, their robots survived and evolved through 18 preliminary matches. Functional is almost less important than reliable. In other words these are the critical engineering skills that make civilization that doesn’t collapse when the first woodpecker comes along. Contests like FIRST are really, really important and those kids made incredibly useful contacts and career skills. For example, the tired-looking older white guy at the right … he’s an electronics engineer on loan from NASA. So, those young people are going to not only be getting life-long public relations boost for winning the contest, they’ve got NASA P.R. too. [nasa] Subtext is more important: they’ve got solid gold resumes if they want to look for jobs in industrial robotics, which is – to put it mildly – the hot ticket now that petroleum engineering is taking a nosedive.

I support this message:

Mayor Jackson: Doing what Mayors are supposed to do!

We all know that working tech jobs is primarily a matter of youthful opportunity, which is why everyone with any understanding of life, the job market, and anything, rained derision on GoogleBro James Damore and his eugenicist ideas that gender differences affect one’s ability to work in the tech field. Look at the faces on the Cuyahoga Community College team and you’ll notice a couple of things, other than the victorious grins.

“Functional is almost less important than reliable.” When I am getting all old school programmer on someone I usually tell them that “it works at all” is a subset of reliability. But since we have two different words, “functionality” and “reliability” are often set as opposed properties – especially with software. I generally don’t agree, but that’s probably a result of working on computer security for nearly 30 years.

“GoogleBro Damore” – Google fired Damore because he was an embarrassment to the company; he was bad P.R. In fact, that was exactly true: nobody talks about Damore without mentioning Google. Thereby proving Google’s point.

The FIRST program brings almost 20,000 young people into the contest, annually. If you look at pictures of the teams on their site you’ll see young women in niqab, young people of the entire variety of colors, and doubtless the entire spectrum of gender and ability. This kind of thing is going to make a tremendous difference, and it’s the sort of thing that will eventually turn the scales on America’s racism and sexism, if anything can. It’s one thing to punch nazis, but it’s vastly more effective to make more money than they do, get more power than they do, and then let them kiss your ass. FIRST was started by inventor Dean Kamen, and is bankrolled by a number of companies including Qualcomm. This is how it’s done, people: do not vote for politicians that whinge about bringing back coal mining jobs – build young people a future and get the hell out of their way. 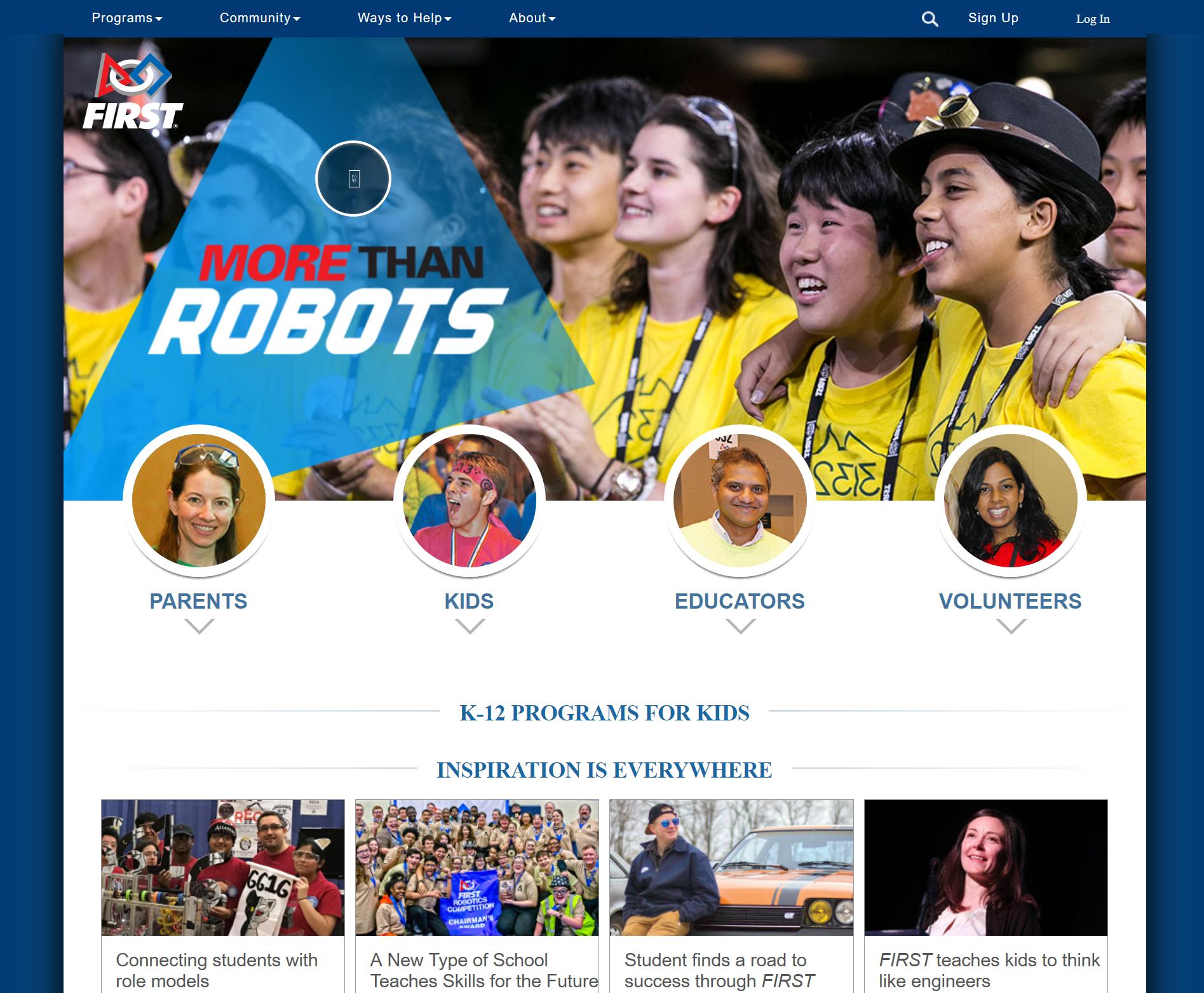 The Next AI Question » « Bonsai, Anyone?