When the US invaded Iraq and overthrew the government, we heard a bit about “nation-building” until the establishment discovered it no longer knew how to do that, and/or wasn’t willing to pay the price that it paid rebuilding Germany, Japan, and South Korea.

Not that those were particularly high prices, all things considered – it’s just that since the end of WWII the US has shifted from a relatively efficient corporate oligarchy to a corporate kyriarchy: there is too much inefficiency and graft to get anything done any more. Scroll back to the 1950s when US corporations tried to modernize Afghanistan and Iran, to turn them into model US client-states: at that time the Army Engineer Corps was moderately competent and the US industrial firms really knew what they were doing. The times have changed – they’re less competent, but they’re now corrupt, fraudulent, pits of waste and abuse. That synergizes perfectly with a country like Afghanistan or Iraq, where the government(s) were reconstructed around corrupt politicians, as well. If the US reconstruction efforts were being run relatively honestly, it would have made it less easy for corruption to set in, but now you’ve got kindred spirits on both sides, grabbing as much money as they can, while the money-valve is jammed in the “full, on” position. [brookings] 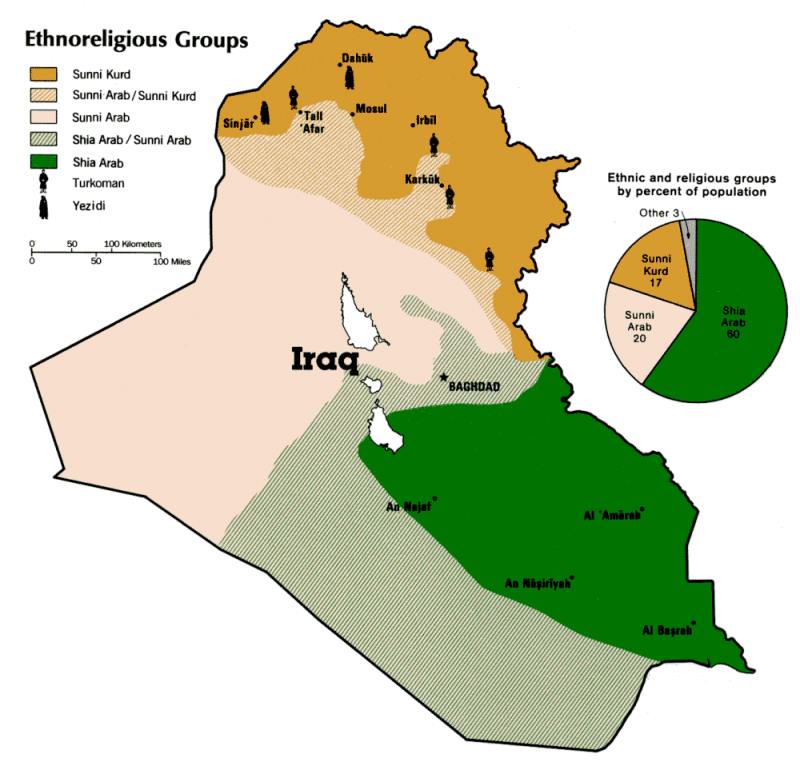 All of this has consequences: when Iraq’s military initially encountered ISIS, they broke and ran. The massively expensive militaries the US built in Afghanistan and Iraq were attractive places to go get a paycheck, they were not serious fighting forces – though subsequent events appear to be forging some military competence (massive close-in air support and artillery support by the US “no boots on the ground” and special forces doesn’t seem to have hurt, either) – but, basically, Afghanistan and Iraq are money-pits governed by tin-pot dictators. Scroll back to when the US said it was exporting democracy to the Middle East, and you can see how low the bar of achievement has become.

When the US first overthrew Iraq, and tried to create a new government, but couldn’t, because Baghdad wanted to maintain control over the north (where the oil is) and the north, south, and northwest were fairly neatly divided between kurds, sunni and shia. It has been said before, and better, but the US walked into a delayed ethnic and sectarian civil war and hit the “resume” button. It has been 14 years of sliding into partition; If the US hadn’t rushed massive force in to prop up Iraq’s collapsed military, ISIS would have effectively partitioned the country already.

Kurdistan, as expected, voted for independence. [stderr] We’ve all been waiting for the other shoe to drop: would would Iraq do? And would the US move to back their play?

The Iraqi government issued a “deadline” for the Kurdish troops that are occupying Kirkuk: leave.

The deadline passed today. Apparently, the Kurds didn’t move. This is very similar to the situation we saw in Northern Syria, where US forces had to drive their strykers between Kurdish militia that were unofficially occupying Manbij [stderr] and Turkish forces. The cluster just keeps on getting fuckeder. 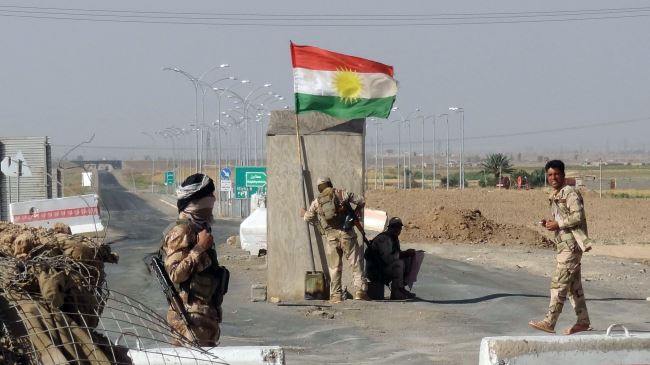 Apparently, having given an order that was not obeyed, the Iraqi government demonstrated its powerlessness by giving the order again, and extending the “deadline.” [bbc] You can be sure there are frantic attempts to do diplomacy, as both Iraq and the Kurds try to talk to the US State Department and figure out which way the US and its air cover and artillery are going to bounce. I suspect that the US’ response was: “not now, playing golf.” Meanwhile, rumors abound that the Kurds have been negotiating with Iran. If those rumors are accurate, that may explain why the US has been lukewarm to the Kurdish move for independence: they’re afraid it will benefit Iran. Of course, if the US had been concerned with that, it would have stayed friendly to Saddam. There was no realistic scenario in which Saddam was overthrown and Iran did not get more powerful in the region.

As the situation stands right now, you have two forces that are inter-penetrated, in a city, with moderately advanced weapons. Both forces have recently gained some battlefield experience.

Today’s news is that the Iraqi army is deploying toward Kirkuk. Iraq probably sees this as completely necessary, because – if they lose control of the oil wells in Kirkuk – they will never be able to construct a country, let alone be a national power. [guardian]

Iraqi forces have reportedly advanced on Kirkuk’s oil fields and air base after the prime minister of Iraq, Haidar al-Abadi, ordered his army to “impose security” on the Kurdish city in the wake of a recent vote for independence.

Kurdish and Iraqi officials said forces began moving at midnight on Sunday, with state TV reporting “vast areas” of the region had been seized, a claim disputed by the Kurds.

The US is in a horribly quandary of its own construction. Having used both parties as shock troops to root out ISIS, it looks like they’re going to hit “resume” on their rebellion.

The US defense department urged Iraqi and Kurdish forces “to avoid additional escalatory actions” that would detract from the battle against Islamic State militants. The US provided weapons to both the Iraqi army and the Peshmerga to fight Isis.

Later on Sunday, the US state department said it was “very concerned” about reports of a confrontation and was “monitoring the situation in Kirkuk closely”.

Some of you may remember, back before the US toppled Saddam Hussein, there were foreign policy wonks saying “the only thing holding Iraq together is Saddam, and fear of Saddam”? Because the US played both sides, neither side is particularly afraid of the US, or each other, yet. 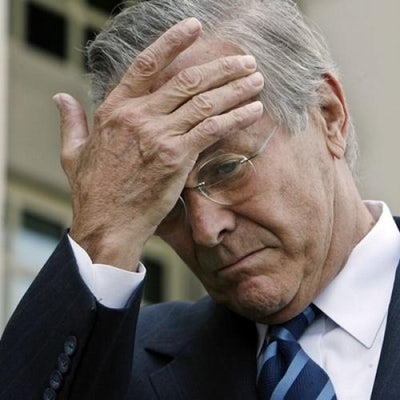 One thing that this makes me think is that the US ought to choose its Secretary of State based on actual experience with state-craft, not for being a good foot-soldier (Kerry) or grooming for a run at the presidency (Clinton) or being good at golf. Undoubtedly Talleyrand or Bismarck or Pitt could sort the situation out, but it would be endless, tiring, and unrewarding even for a diplomat of that caliber. Did you notice something? The US has never had a diplomat of that caliber.

Remember how the Kurds wound up occupying Kirkuk in the first place: the Iraqi army decamped without firing a shot when ISIS approached, and the Kurds came in and fought ISIS off.

There are no strykers full of US Marines that can be driven between the Kurds and Iraqis in Kirkuk, all the US has as leverage is air and artillery. Either the US deliberately arranged this with the Kurds via a back-channel, or the US has painted itself out of the situation. Way to “world power”, America.

To be fair, the Afghan military probably would be better than they are, and less demoralized, if the US could get out of the habit of occasionally bombing them in “friendly fire” incidents. We’ve killed as many of them as the Taliban have. (that’s hyperbole, but you know which they’re going to remember)

Tactical – “SHOULD MILITARY SUNGLASSES BE LEGALIZED?” » « You Want it Tactical?