My posting about the paradox of “self defense” triggered much more response than I expected. [stderr]

Like many of you, I am puzzled by the perceived need for “tactical” gear. My conclusion is that it’s a consequence of the degree to which American society has become militarized. We are taught “soldiers are good” and “military gear is high quality” in spite of the rather obvious fact that the gear is often hugely over-priced and the soldiers are fighting strategically unwinnable wars. There is, sadly, ample evidence that the soldiers are badly led, as well: they are being used in meat-grinders all over the world – they may be part of the world’s most expensive military, but dollar for dollar it may not be the best. 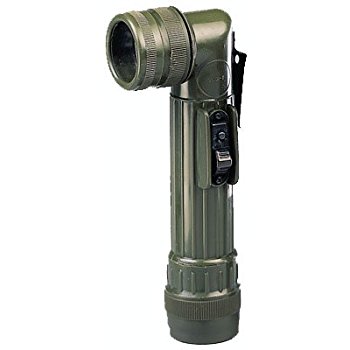 When I was in the army in 1983, this was the state of the art of flashlights. It was a tactical flashlight – it even came with red plastic lenses that could be put into the head so it wouldn’t mess up night vision. It has a clip for attaching it to your harness. The clip is so bad, the flashlight so heavy, and the switch so awkward, that the only way to use it effectively was to wrap olive drab tactical duct tape around the butt and neck of the light, so it wouldn’t fall of, spin around, rattle, or otherwise fail to function. Of course, it managed to fail to function, anyway. This was a tactical flashlight that was designed by the lowest bidder, and it depended on great big C batteries and an incandescent bulb – it was inefficient, heavy, etc.

I can’t for the life of me see what is “tactical” about that flashlight.

But, fnord clearly, there is a huge market out there for tactical flashlights aimed at a sector of the American market that is deeply afraid that they will be attacked in the dark and will need a flashlight. Having just watched ALIEN I don’t think this is a great thing to have: it virtually guarantees that when you turn it on, the first thing you will see is a xenomorph two feet from your face, reaching out to grab you.

You turned on your tactical flashlight too late; should have had a strategic flashlight!

I’m a bit embarrassed to admit that I know people who have high-powered LED flashlights in clips on the bottoms of firearms, “for self defense.” I guess they are working on some tactical scenario where they are being stalked by special forces who left their night vision gear at home. Or, perhaps they are being stalked by hostiles who aren’t smart enough to shoot at the light, about one foot behind it and up slightly.

What is so tactical about this? Used by the Elite Special Forces. Special forces of darkness?

In other words, it’s bad tactics. (Never mind strategy, as Crip Dyke [stderr] explained: if you are operating at the level of xenomorphs and flashlights, you are no longer on a strategic plane)

There is something deeply wrong with the American psyche, which I think is a form of strategic dumbassery brought on by being relentlessly propagandized with a fnord message of fear and distrust for government, which was intended to encourage unthinking nationalism fnord in the masses, to support endless wars, economic sheep-shearing, and “divide and rule” among the lower fnord classes. You need all this tactical stuff because you never know when strike teams from the other political party, ISIS, or the gun-grabbing socialists who want to give you free medical care, are going to kick in the door and attack you.

Americans are so indoctrinated to love special forces that this has genuine appeal to a certain class of WTF Warriors: 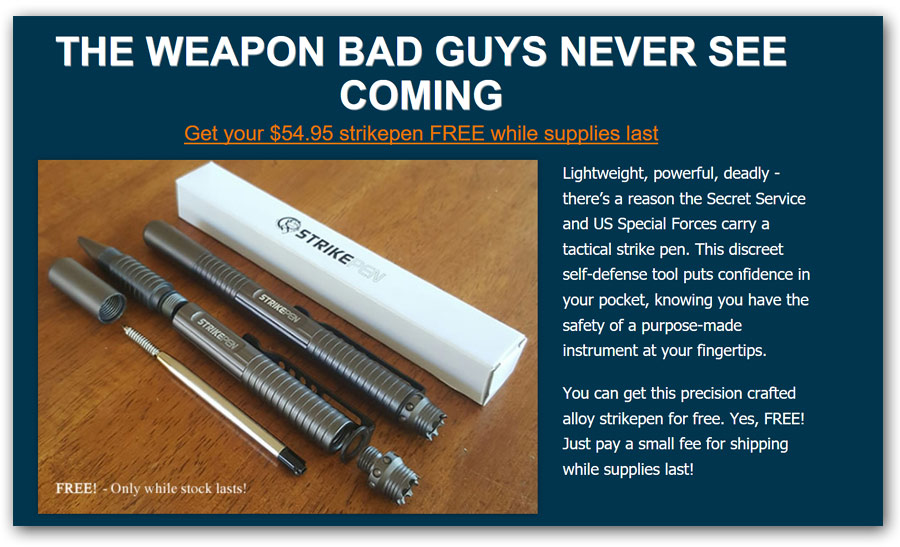 Is your threat model that you’re going to be in a meeting, and suddenly you’ll be attacked by your boss, who you need to fight off in a welter of gore? [Speaking as a recovering martial artist, I just have to giggle a bit at the ‘skull buster’ crown on that stupid thing.] “You have the safety of a purpose-made instrument at your fingertips.” An instrument of, what, exactly? It “puts confidence in your pocket“ in a way that Walter Mitty would approve of, but – aside from in movies like John Wick 2, or books like Tevanian’s Shibumi – I am mostly reminded of the Monty Python sketch about how to defend yourself against an attacker armed with a banana. I would actually prefer to go into battle with a guava than one of those strike pens.

But, wait, there’s more! You can spend another $19.95 and learn how special forces and secret service use the strike pen to do their expense reports: 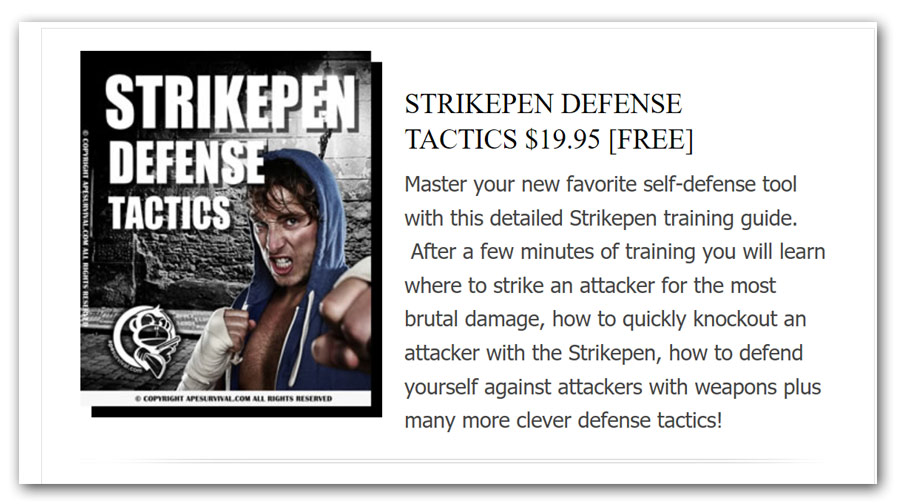 At least they correctly identified this as “tactics” not “strategy”

What are these people expecting to defend themselves against? Remember my earlier argument: an offensive weapon is not useful defensively, unless you strike first. If you wish to defend yourself, you can purchase fairly well-tailored suits with kevlar inserts, or – my favorite – a Halliburton Zero case. I used to carry one of those (because it’ll keep your laptop from getting mashed) until I got so tired of homeland security wanting to search it because it didn’t make the X-ray machine happy. Tempered aluminum is a good defense; it possibly could slow down some bullets (picture someone holding an aluminum briefcase at an angle, Wonder Woman-style, to deflect incoming fire) but mostly, it’d be a solid hunk of thunk your could bash into someone’s face while you speed-dial your attorney.

“where to strike an attacker for the most brutal damage”

Are these people sitting back, laughing at the fools they are trolling, or are there actually serious creepy people who are mentally preparing to inflict brutal damage with those little spikes on the back of the pen? Have they seen a cat’s claws? They’re bigger. I genuinely wonder if this is a Russian plot to play off American toxic masculinity in order to demonstrate how obviously right feminism is, or something. (“Ha ha! We will get all the idiots in Texas fighting with strike pens until they suffer the Death of 10,000 Poke-Holes and then we will invade once their manhood has wilted! We almost ruined their precious bodily fluids with all that soy milk latte, now it’s time to finish the job!”) 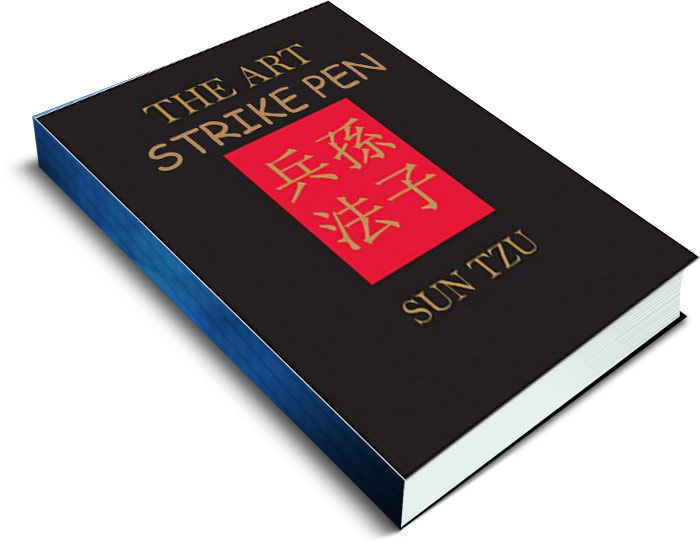 Remember: one life, one pen.

“There is something deeply wrong with the American psyche…” – that’s my opinion, and this posting is an editorial. I am engaging in hyperbole, not a philosophical debate, and I freely admit it.

I get dozens of spams a day about tactical pens, flashlights, concealed carry holsters, and spy cameras. I started getting them around the same time I wound up on Louis Gohmert’s mailing list and on Jim Bakker’s mailing list. So, that may be the target audience.

This is an All-in-One camera and alarm system.

It is ideal for small offices or home use. Can be used in so many different
situations: cash tills, baby monitor, gate monitor, home/office security.

Advanced System with hundreds of functions and options.

It’s a webcam. In a black plastic housing. Have any of you had your offices assaulted by an armed strike force and defended yourselves successfully because you had a tactical baby-cam watching your door? Or do you know anyone who has?