Eventually I will stop making fun of the “tactical” gear mindset. But for now, since I’m stuck in an airport, I’m going to continue to trawl through the justifications in hope of understanding. 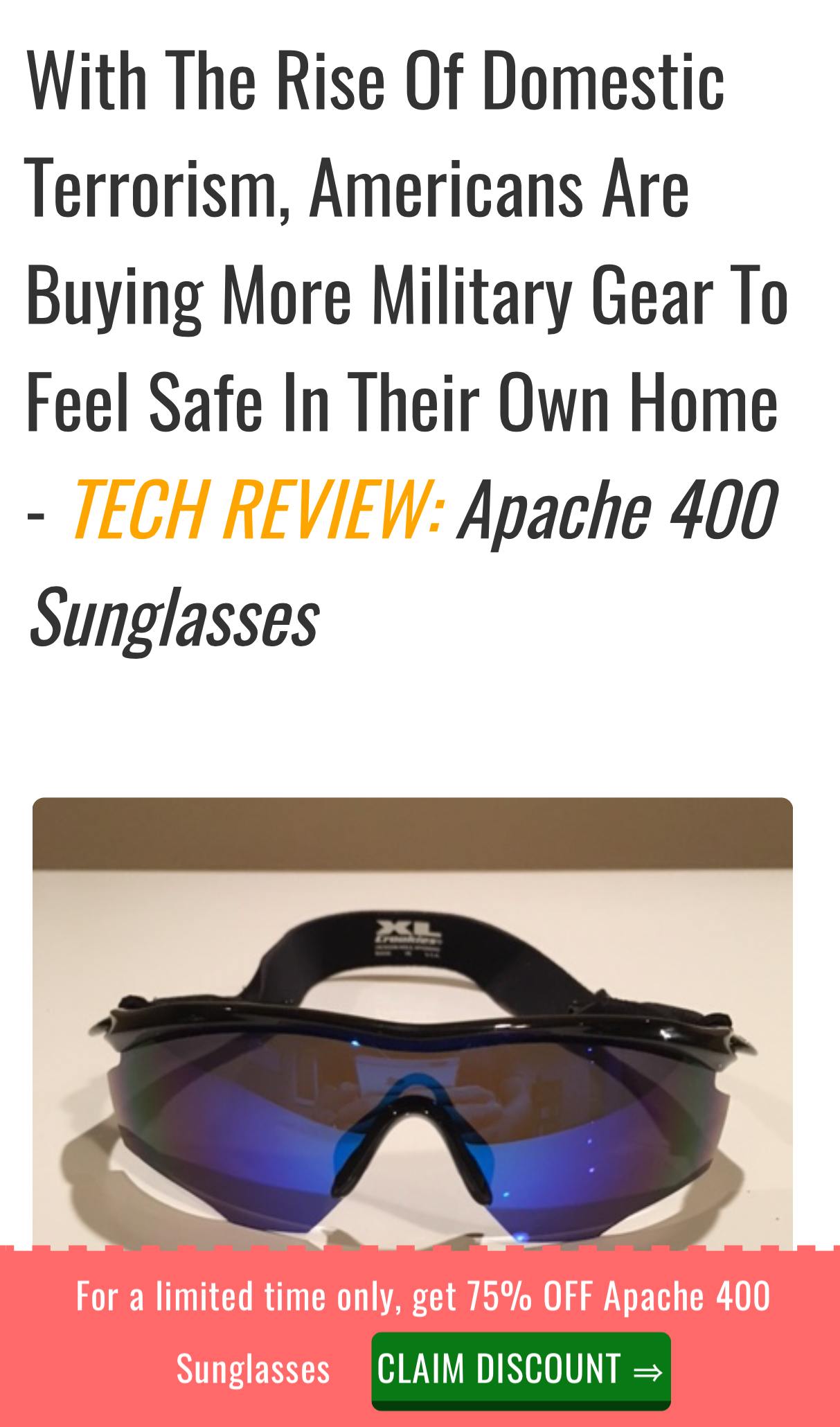 From my spam collection of the day

I’m stumped. I don’t see how wearing those sunglasses would make me feel safer from domestic or even foreign terrorism. In fact, I might expect to see such sunglasses on a cop – but I don’t think that’s the domestic terrorists they are talking about.

But wait, there’s a chance to learn, here – they explain it: 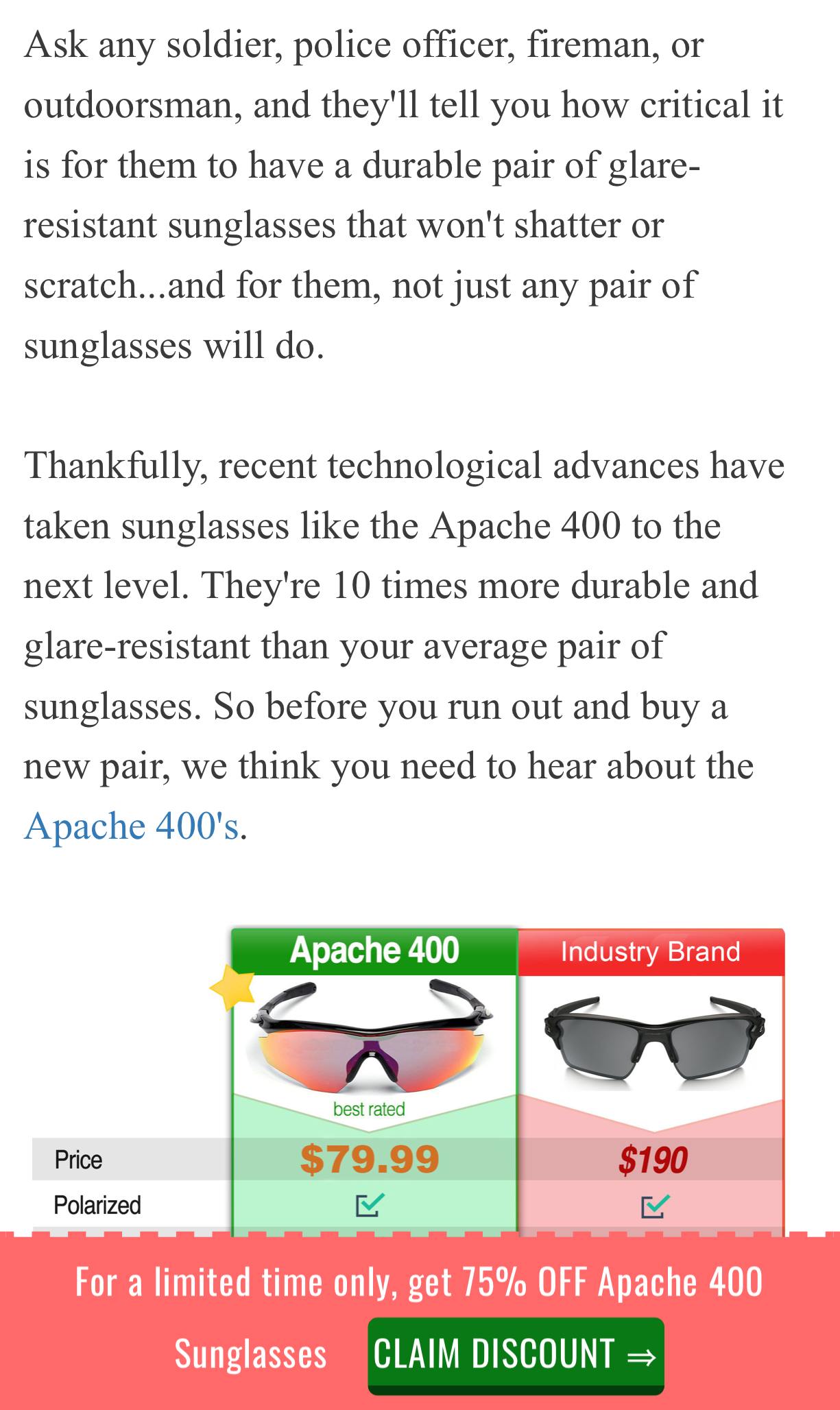 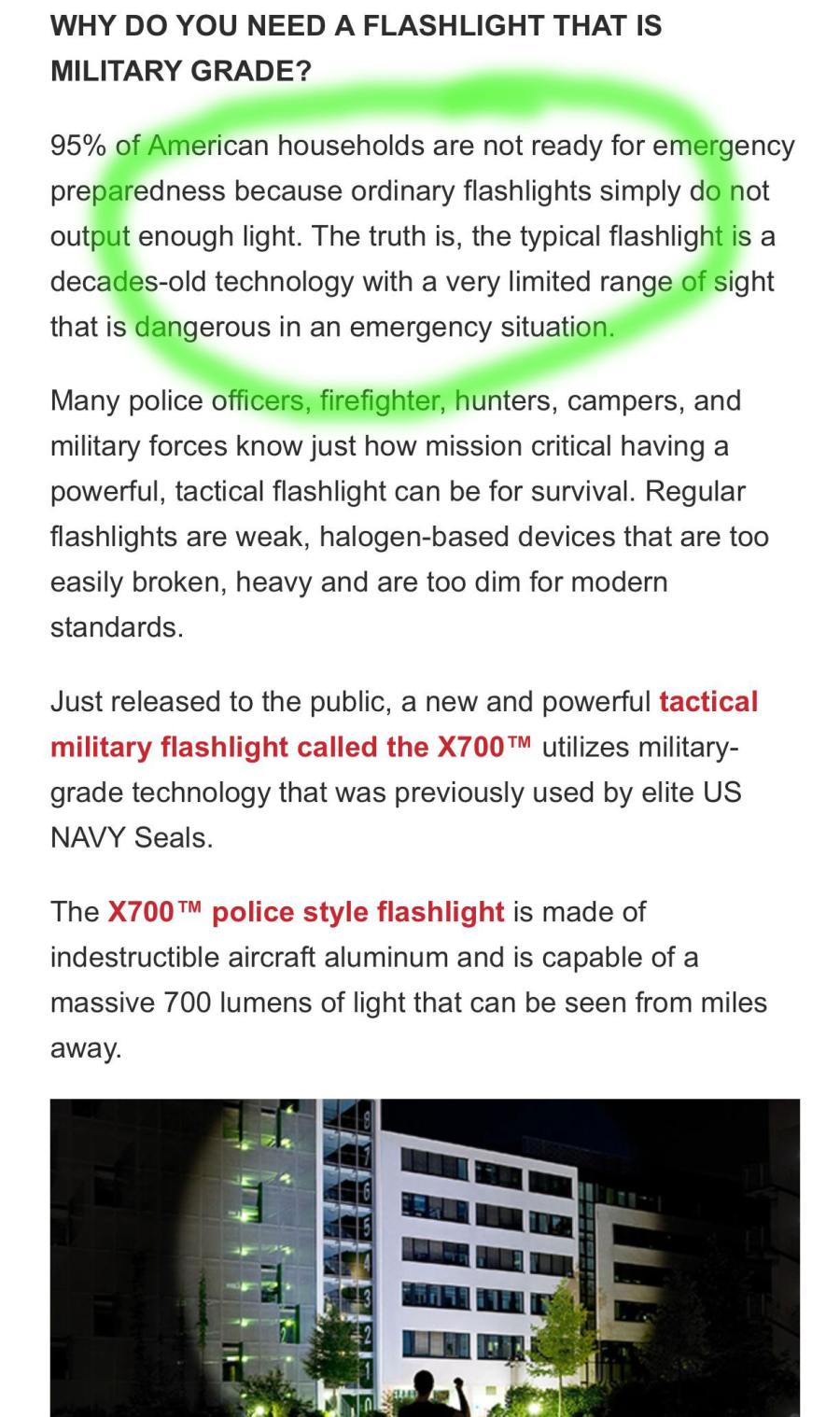 Puerto Rico was destroyed because they did not have good enough flashlights.

As I read this, I realize I am one of the privileged 5% that does have adequate light and solid polycarbonate glasses that will deflect an attack with a Tactical Strike Pen. 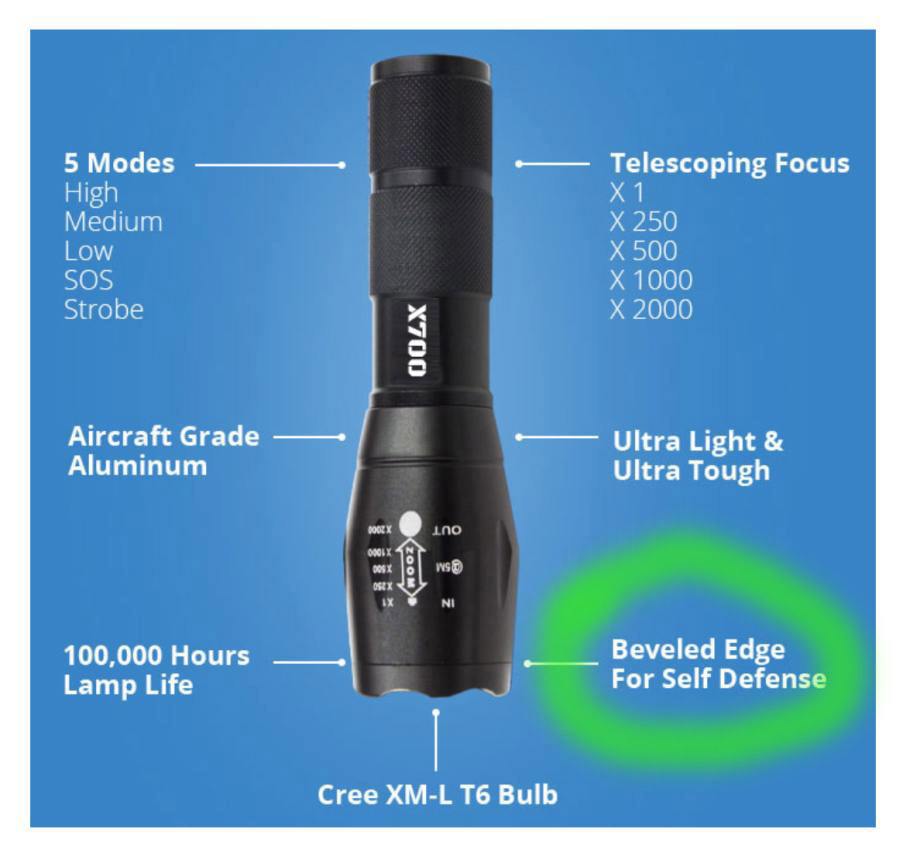 It has a beveled edge for self defense. The funny thing is, I’ve actually seen one of these flashlights; I use one in my wet plate darkroom – I de-soldered the white LED and replaced it with a red one, so I could use it as a safe-light. I thought it was just a cheap Chinese-made piece of junk, I did not realize I was handling a deadly weapon that I could use to defend myself if I was attacked in the darkroom.

Attack me in the darkroom and you’ll get a face-full of silver nitrate solution or glacial acetic acid. I’m not worried about it; there are relatively few darkroom invasion incidents in my area.

h/t Saad for the correct way to write Strike Pen.