The CIA regularly deals with nasty people. Probably, it’s got something to do with the fact that they are nasty people, too.

It must be nice to believe you’re a scion of the East Coast Elite, a fraternity brother in some Ivy League School, yet like a non-ironic Kingsman, you go forth to rub shoulders with creeps and thugs right out of a James Bond movie. Then, your tours of duty done, you parlay your former rank into a job at a think tank, defense contractor, or some department appointment at Harvard. Best of all, your incompetence and the trail of bodies you leave behind get classified until well after your death.

Here’s a fun one that was declassified. What a problem to have: [cia reading room] 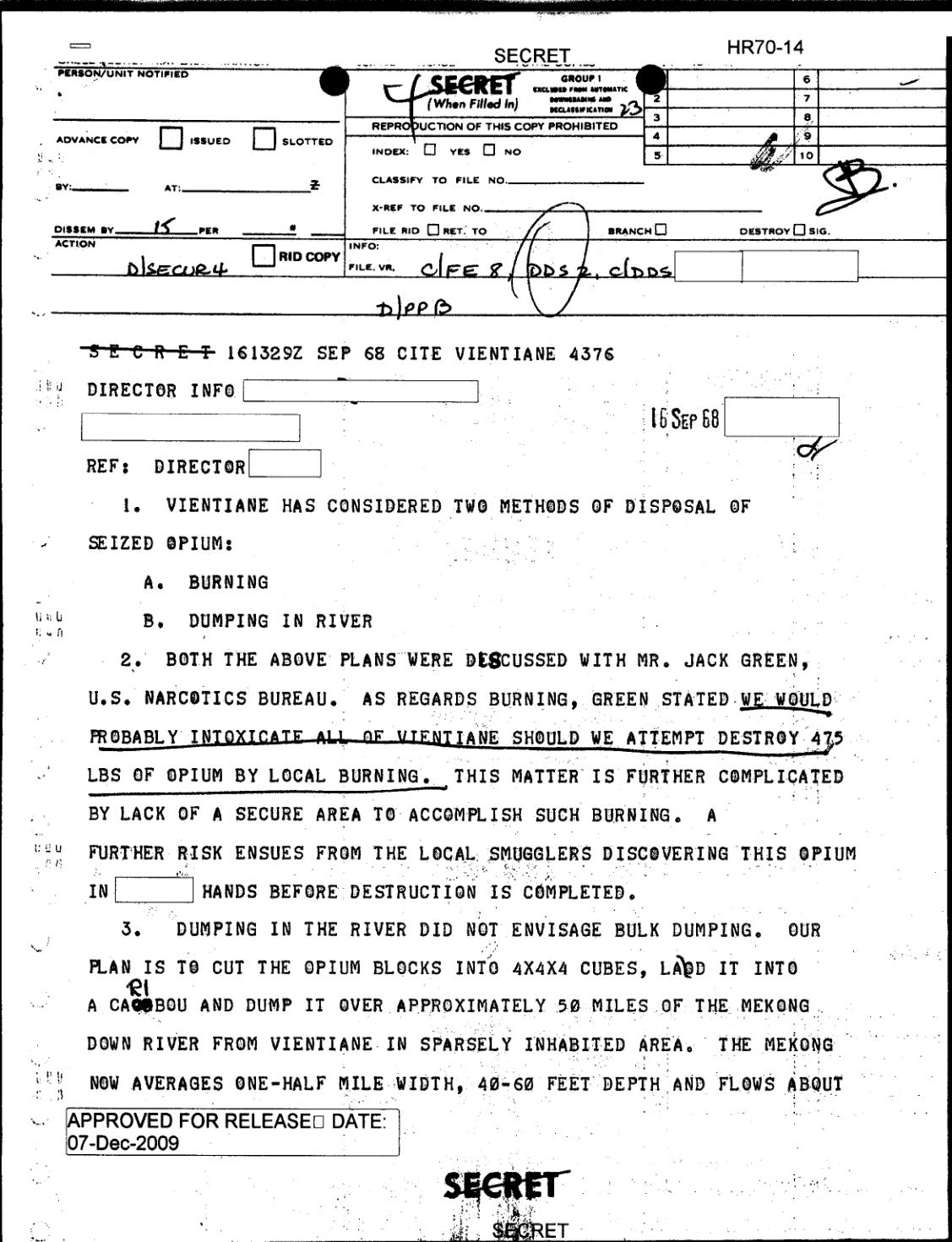 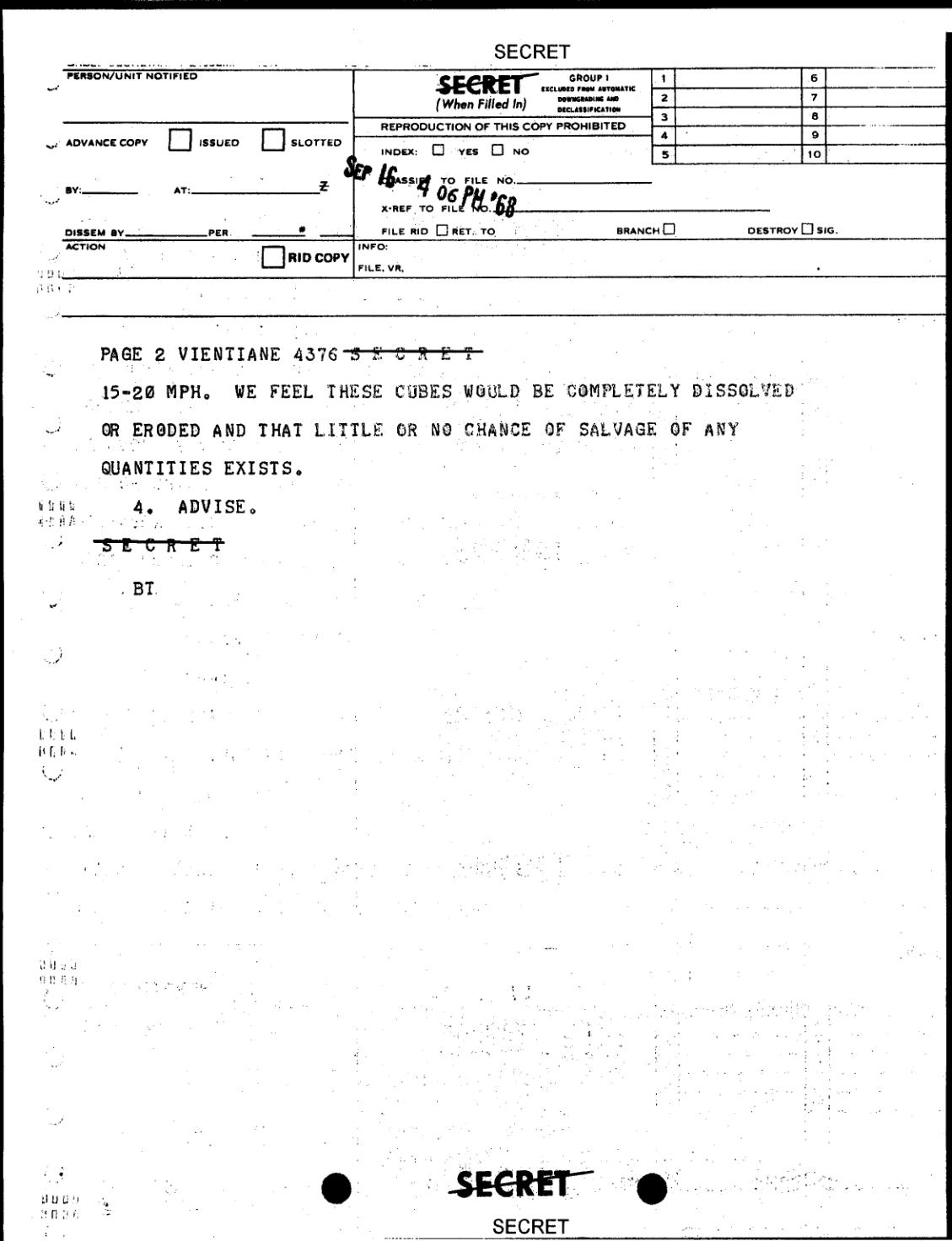 That was from 1968, of course – the opium was probably obtained as a part of some dirty deal for money in Vietnam or Cambodia.

The CIA was not (they say) involved in drug-running in the 1980s; they had nothing to do with the cocaine ‘epidemic’ as the Central American cartels (which were a result of political destabilization that the US Government preferred for the region) funded themselves by selling drugs – to the rich country north of them. The CIA has always claimed that it’s hands were clean – though (nudge, nudge, wink, wink) they did have to do business with some very nasty people.

They are very nasty people.

Vientiane is the capital of Laos.

Brilliant: Get Medieval on Them » « RIP Stanislav Petrov –