About 20 years ago I decided to collect 1st editions and hardbound versions of the books that have been memorable or important to me. That was how I learned a cool bibliophilic thing: most of us like things from our own time, and they’re not rare or antique books yet.

For example, there’s a signed 1st edition of Norton Juster’s The Phantom Tollbooth on Ebay, right now, for $50. This is how a bibliophile builds up a collection of cool stuff (and then they die and their collection winds up on ebay, or whatever) Anyhow, I have been slowly populating my Special Bookcase with the books that shaped me and remind me what matters. I’ve been lucky that I’m able to do it, so I do.

A few weeks ago I decided to learn more about Donald Hollowell, [stderr] and so I sought out a hardback copy of his wife’s book about him. I wanted a hardback copy so that it could go on the Special Bookcase, so off to Ebay I went. It arrived today: 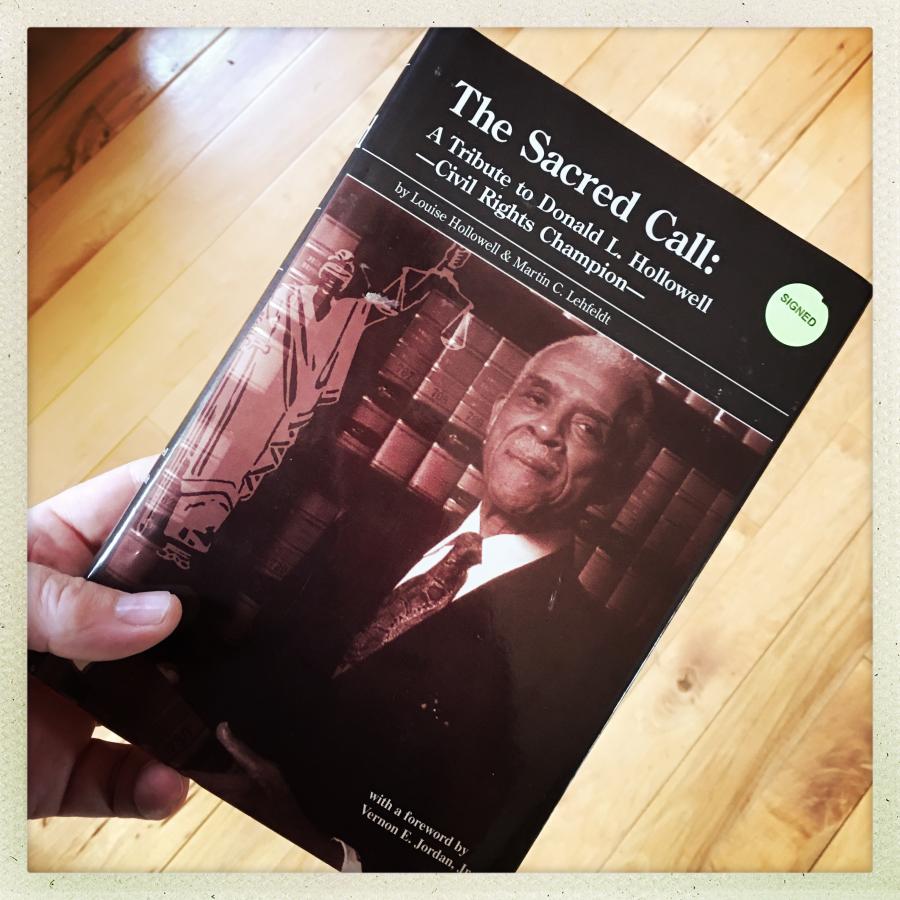 But what is this sticker on the front? “Signed”? By Louise Hollowell, I’d assume. 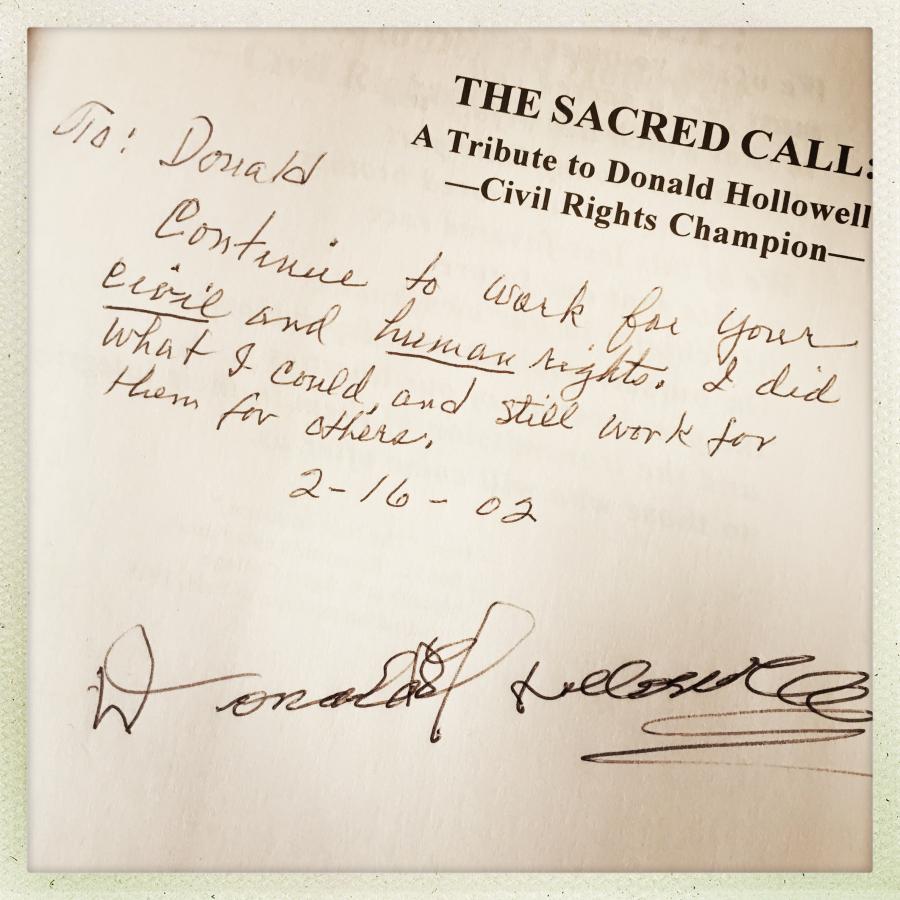 Continue to work for your civil and human rights. I did what I could, and still work for them for others.

Hollowell could write “I did what I could” and not doubt that it’s the truth. I sure as hell can’t say that. I’ve done a fair bit of “trying to not make things worse” but it’s a far cry from all that I could. Like a ghost from the past just handed me a huge load of gentle reproof, and a reminder of what a great load of shit we’re allowing to fester in Washington – I need to think more about what I can do.