This is from a 1947 film made by the War Department, to teach people how to detect and avoid fascism.

It’s a bit of “physician, heal thyself” when you get to the piece where a clueless demagogue is talking about how he’s an “AMERICAN AMERICAN” and is being gawked at by supportive police officers. 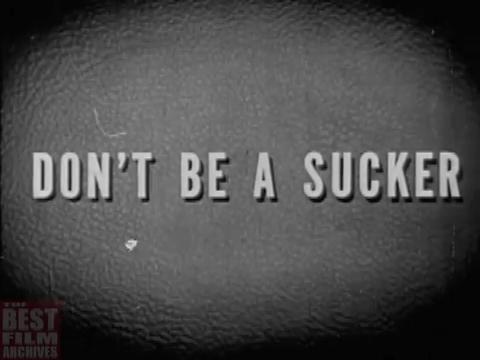 It’s billed as “anti-propaganda” because the idea is to get people to not fall for propagandistic rhetoric. That’s certainly an old problem that goes back to ancient times; Plato’s Socrates tries to put his sandal down on the rhetoricians whenever he gets a good chance. Phaedrus is a rhetorician who seems to believe that any argument can be made to sound truthful; Socrates is a philosopher, concerned only with truth. It’s a dialectic that Robert Pirsig renews in the meltdown of his main character, Phaedrus, who is trying to figure out (my reading) whether there is an absolute quality of living, or whether it’s all illusion. Phaedrus’ eventual breakdown is from an over-love of winning arguments at all costs, much like Ryonusuke Tsukue’s pursuit of an evil sword-style in Sword of Doom. This is a discussion that plays itself out endlessly.

That’s why I think it’s a shame that we still have to warn people not to believe propaganda. Obviously, we still do.

One consistent element of US political ideology is anti-intellectualism. The cops who are following the demagogues’ arguments are portrayed as (to put it generously) working class and not very bright. The gentleman who gets the last word in, “I’ve heard this kind of talk before but I never expected to hear it in America” seems to be an intellectual stereotype in his own right: he’s well-dressed, well-spoken, and (by implication) a Jew who fled Europe when the nazis came to power.

“Where did it start? It started right here. If those people had stood together, and protected eachother, they could have resisted the nazi threat. Together they would have been strong, but once they allowed themselves to be stricken apart, they were helpless.”

Yet, it is replete with all the techniques of propaganda. It includes fake “ending stories” about what happened to the various characters based on their decisions. It deals from the bottom of the deck, shamelessly.

The entire film is here.

I don’t think that the way to fight propaganda is with more propaganda. The best weapons against propaganda are laughter and philosophy. Those are two of the main weapons that are being deployed by resistance to Trump – mostly laughter – because, damn, he sure is silly.

Bring Me To Life… » « The War on Authenticity: Friends