If you’re planning on exploring Tabby’s Star in Elite, consider this your spoiler alert.

So, I decided to see what was going on out at Al Anz (apparently that’s the in-game name for the system otherwise called “Tabby’s Star”) – the first step is to navigate out there:

Then it’s jump, scoop, jump jump jump scoop jump for a couple hours of real-time. I chose the wrong ship; the first time I did the Al Anz run, I was in my mining-rigged anaconda (I had the idea I’d bring home some platinum from somewhere way out in the middle of noplace; be the first person to mine some new rings!)

In Elite, your plotting system can only plot 1000ly out, so you have to pull the trick I show in the video: you align your destination and course, then scroll forward through time and space until you find a reasonable waypoint. Then you jump there, and repeat. Explorers who are going to the galactic core get really, really, used to this. I’d post some navigation maps of what the neutron star fields in SKAUDE sector look like, except I am not willing to spend the 4-5 days of clock-time it takes to get there. 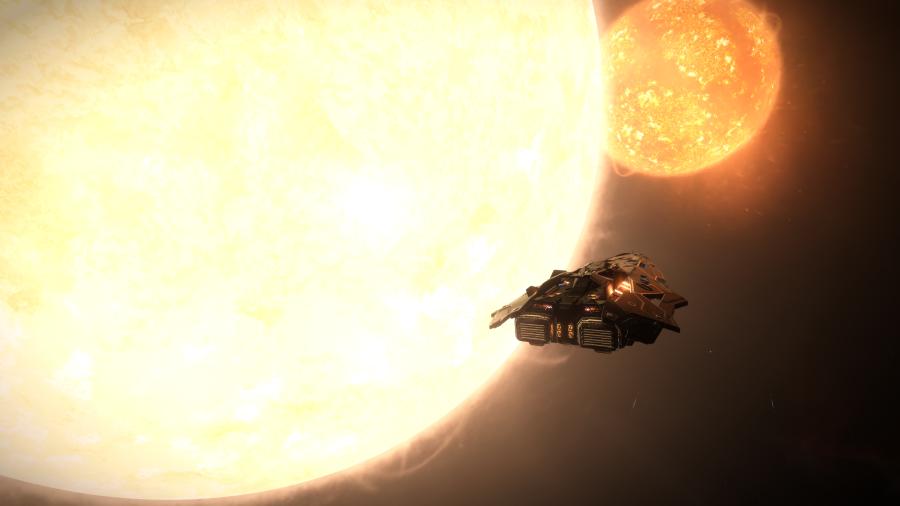 In the real universe, I suspect these stars would be close enough that there’d be a lot more fireworks. As it, is, it’s impressive.

Unfortunately, there is a large area of unscoopable T-Tauri stars around Al Anz, and my ship just didn’t have the jump range and fuel range to make it. So I had to turn around. I got most of the way home and was bounced by a non-player character pirate, who blew me out of the water. So, the whole trip was not only a waste of time, I came out empty-handed and had a cr/119 million insurance payment. That’s the way things happen.

But I am a resolute sort; I switched to my explorer-rigged ship, the M/V Longshot, which has a nearly 40 ly jump range, and it took me an hour to get to Al Anz (as opposed to nearly 6 hours in the Extended Dismissive Scorn).

I finally got there: 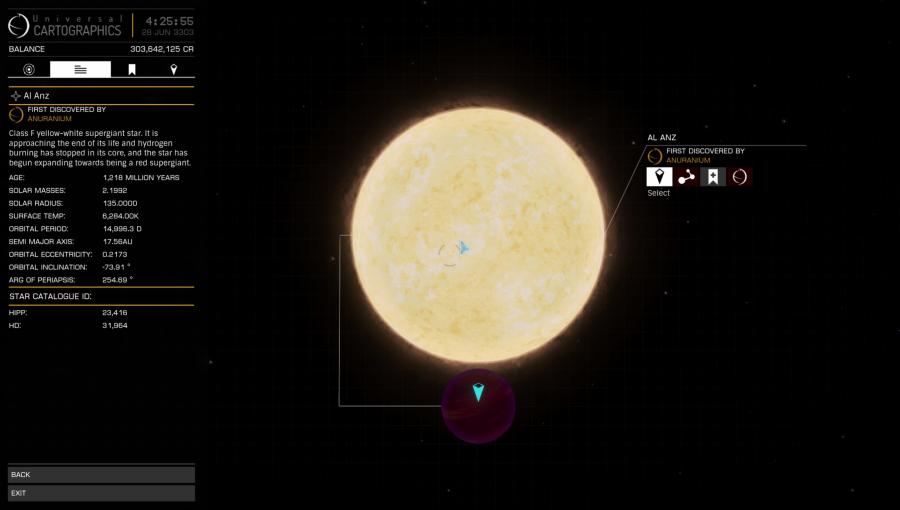 So, that’s Frontier’s answer to what’s going on at Tabby’s star. There’s a brown dwarf orbiting it.

I’m not an astrophysicist so I have no idea if that’s a plausible explanation, or not. What do you think?

Then, I took a break, brewed some tea, reverse-plotted a course, mashed the ‘jump’ button and listened to Longshot‘s giant engines spool up.

Anuranium, who the game credits as the first person to scan Al Anz and get back with the data, is the second person who joined the Fuel Rats, and the first Fuel Rat to accomplish a successful rescue. At Lavecon, we sat out on the porch in beautiful weather, enjoyed the view and a cool drink, and talked (of course) about the game.