Military high explosives are pretty stable, except for when they start to break down. Any of you who’ve read any Derek Lowe [lowe] are aware that most high explosives involve nitrogen and oxygen that want to change state and release lots of energy very fast: the more nitrogen and oxygen, the bigger the bang. It’s never “safe” to work with, though, even the more stable formulations – once the reaction starts, it’s going to finish.

During WWI the industrialized nations of the world militarized their entire economies into a war-footing, following the practice since the Napoleonic Wars: most of the population was involved in the war, somehow – either directly, or manufacturing war supplies, or as targets. One of the side-effects of the war was some temporary breakdown in gender/race/class norms: everyone bleeds the same color and more or less the same amount. Thus, we had rich cannon-fodder fighting next to poor, and black cannon-fodder next to (well, 350,000 of them hauling stuff) as white, and – in WWII – women snipers shooting male officers. [stderr] And a lot of women made the tanks, guns, and ammunition. 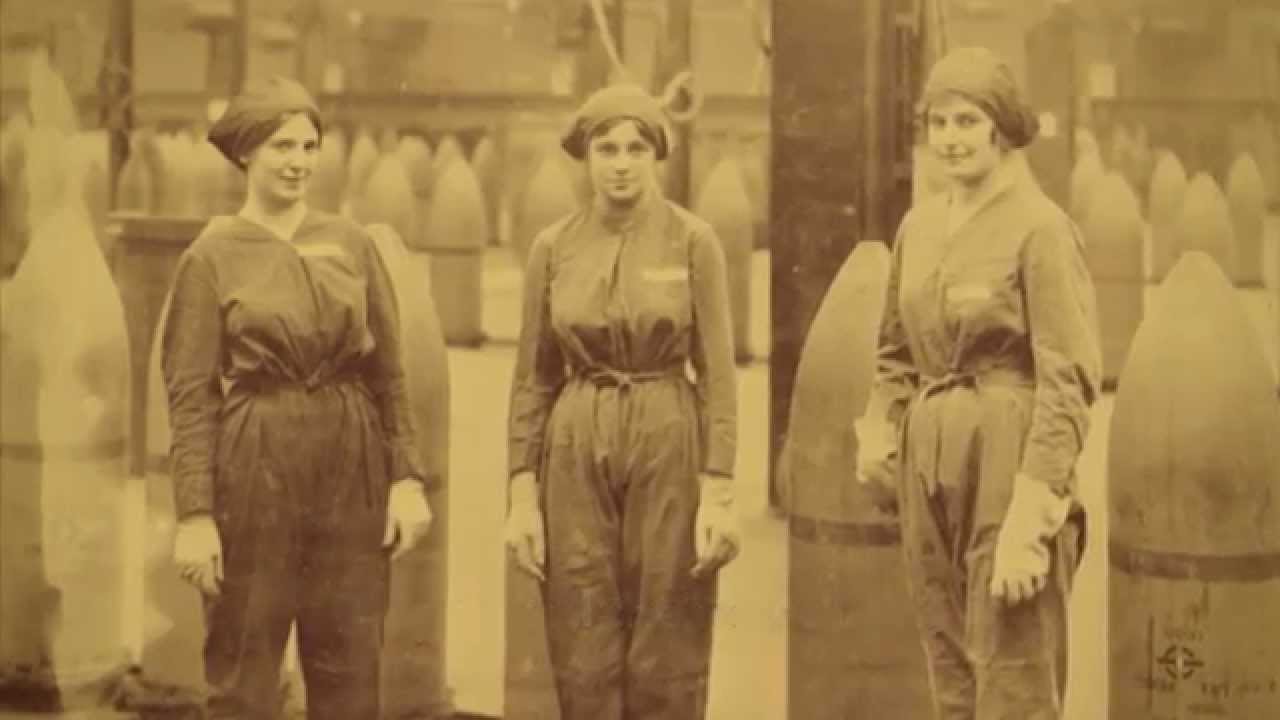 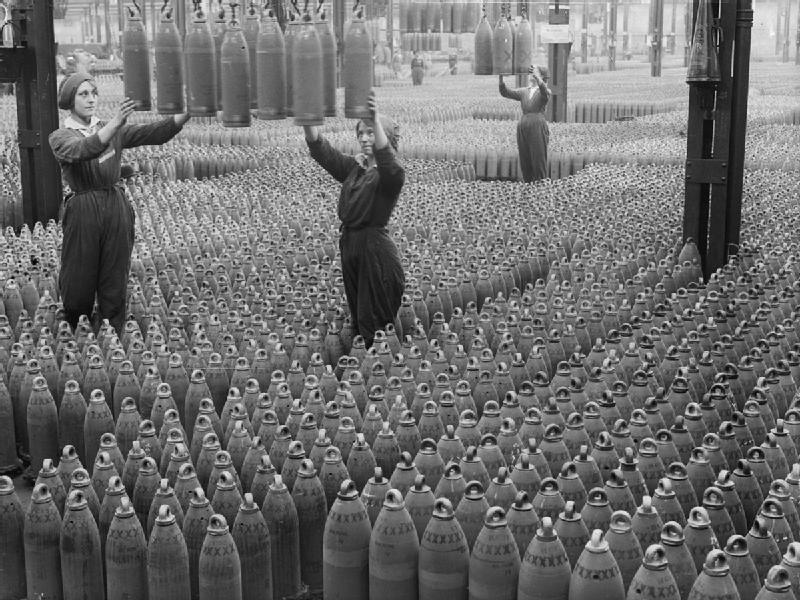 At the English arms-filling plant at Chilwell, women poured liquified TNT into the shells. It was dangerous work – there were heavy things moving about that would grind you into paste without even slowing down. In 1918, 8 tons of high explosive detonated, killing and injuring hundreds. Most of the dead were unidentifiable and were buried in a mass grave.

The factory resumed production the next day.

Sulfuric acid used in the process of manufacturing TNT would volatilize slightly – but considering the amount of TNT that was being slung around, there was a lot – and would stain the workers’ skin yellow.

They were called “Canary Girls.” 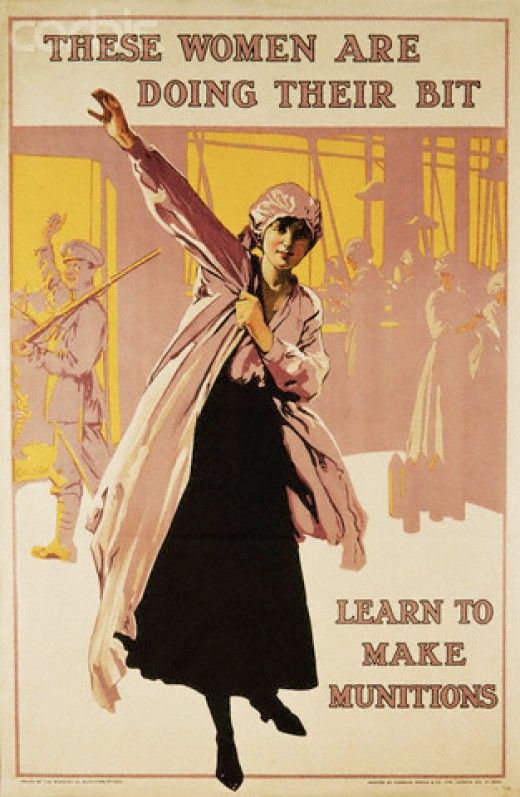 Some of them were pregnant, and had yellow-tinted babies. There were all sorts of health side-effects from working unprotected around the chemicals. It was a less obvious hazard than being crushed or blown up.

Organizing civil society for the production of violence necessarily involved women as well as men. This was proceeding in a variety of ways, but not necessarily evenly or unproblematically. It is easy enough to see how women were mobilized for war once hostilities had begun, but it is less easy to establish how this was happening in the decades before 1914. Here we can use the insights provided by recent historiography on women, which has shown the many subtle and indirect ways that gender fits into the process of militarization. Cynthia Enloe has shown how patriarchal ideologies use even the most pacific notions of womankind to serve the purposes of militarism. [Geoffrey Best writing in Gillis]

Women had been being ‘drafted’ into wars with increasing fervor throughout Europe, both as causus belli (“the rape of Belgium”) and promoters of toxic masculinity (“the white feather”) – having them working in the munitions-plants was the step before putting them in the trenches with sniper rifles, or in the air flying with the ‘Night Witches.’

After the world wars, the militarization of women continued apace, with a new generation of women working at the uranium refineries at Hanford and Oak Ridge.

They preferred blondes for the factories, because the yellowing didn’t show as much. As usual, the women were expected to be pretty and soft while handling all that nitro. 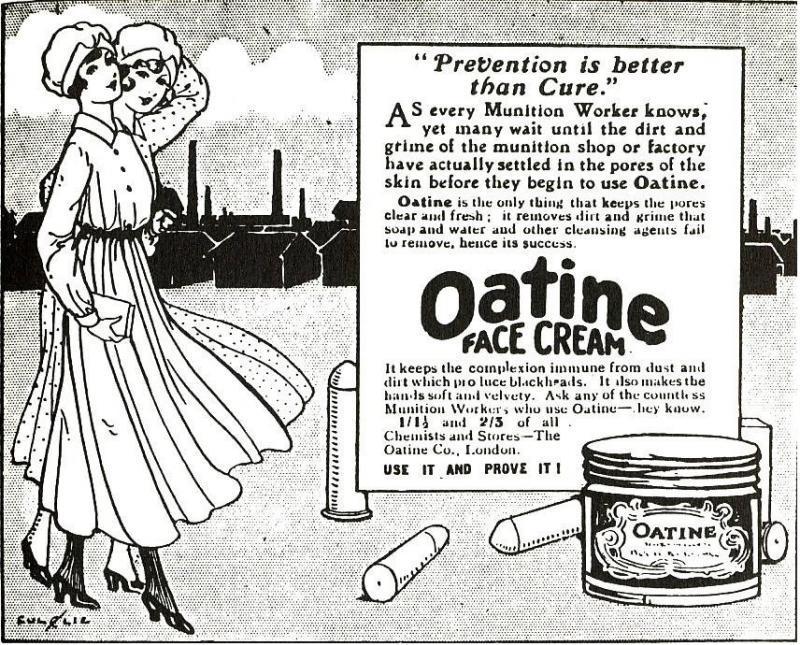 Hager’s The Alchemy of Air is on my recommended reading list. It’s about the Haber/Bosch process for fixing nitrogen out of the atmosphere, which was the source of most of the nitrates used in WWI and after.

Gillis’ book (cited above) is tough going and depressing. He charts the change from the 1800s, when societies were indoctrinated to support wars (“militarism”) to when societies were restructured around war economies (“militarization”). It’s an academic text written for historians, but if you’re interested in the topic, combine it with David Landes’ The Unbound Prometheus for a good analysis of the societal changes that turned Europe into a charnel-house. 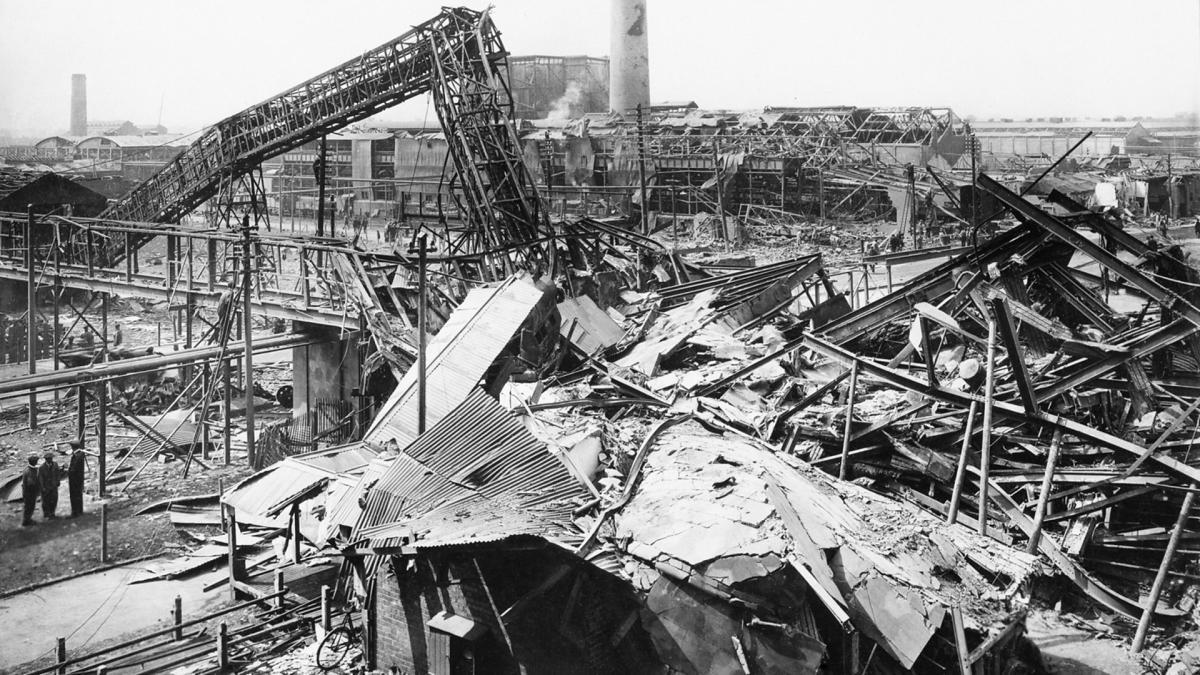 8 tons of high explosive makes a hell of a mess. Pouring TNT into shells was not just a theoretically dangerous job.

Health problems in children of the “Canary Girls”: [Daily Mail] 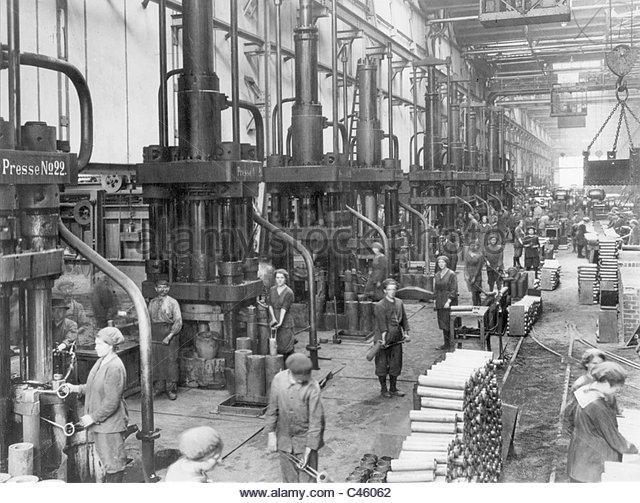 Of course, the German women were drafted, too – at a Krupp plant.