I unmolded the soaps last night. They came out pretty well! I wish I had added a bit of titanium dioxide to them to make them a little less dark but they’re fine. 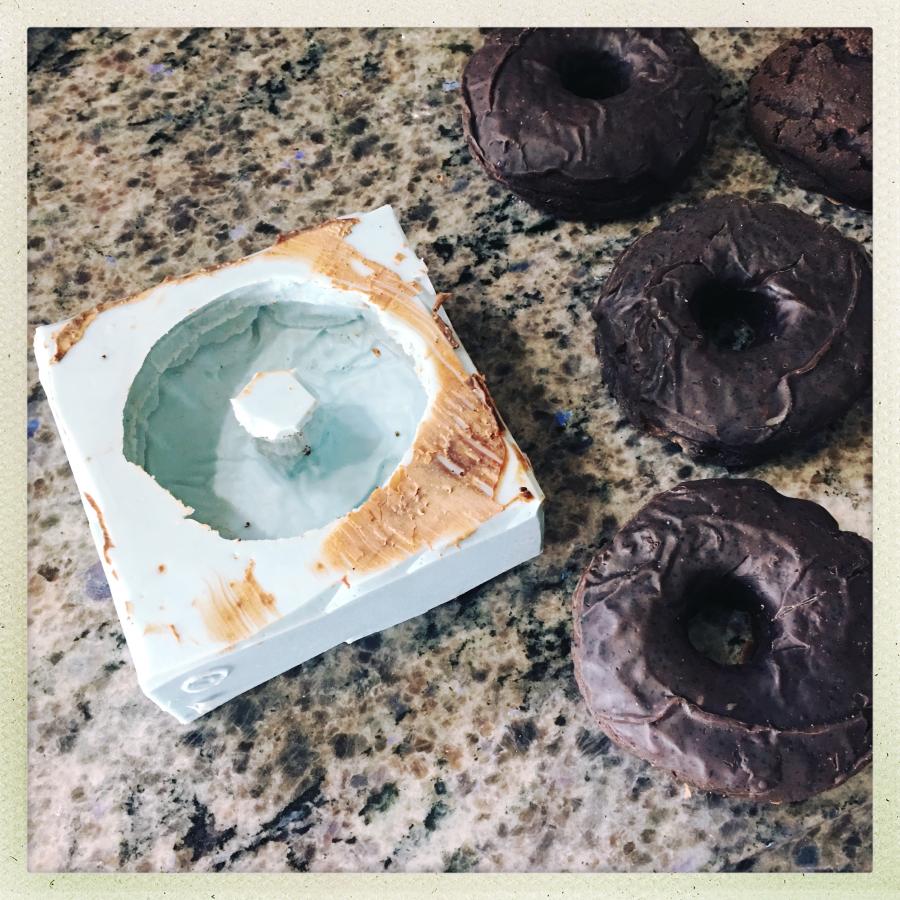 The donuts all look suspiciously alike! Because they’re all made from a single master mold.

If anyone wants a bronze donut or a pink plastic donut, or perhaps a nice stainless steel donut, let me know. Once you’ve got a mold you can churn these things out like nobody’s business. 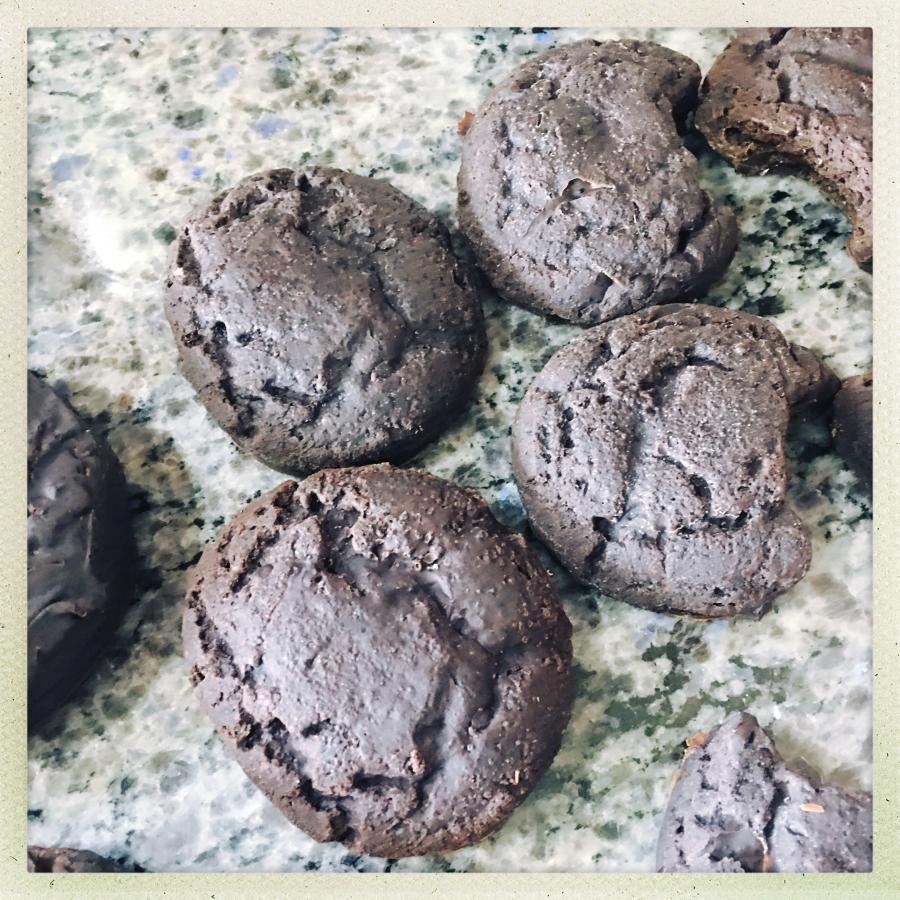 The soap cookie mold was a trick – silicone infiltrated all through the cracks in the cookies, so when I washed the cookies out of the mold, I had this weird spiderweb of silicone, mapping out the cookies’ original neural structure. Usually when you make a mold there’s a bunch of cleanup work to do, cutting away awkward bits with a scalpel. 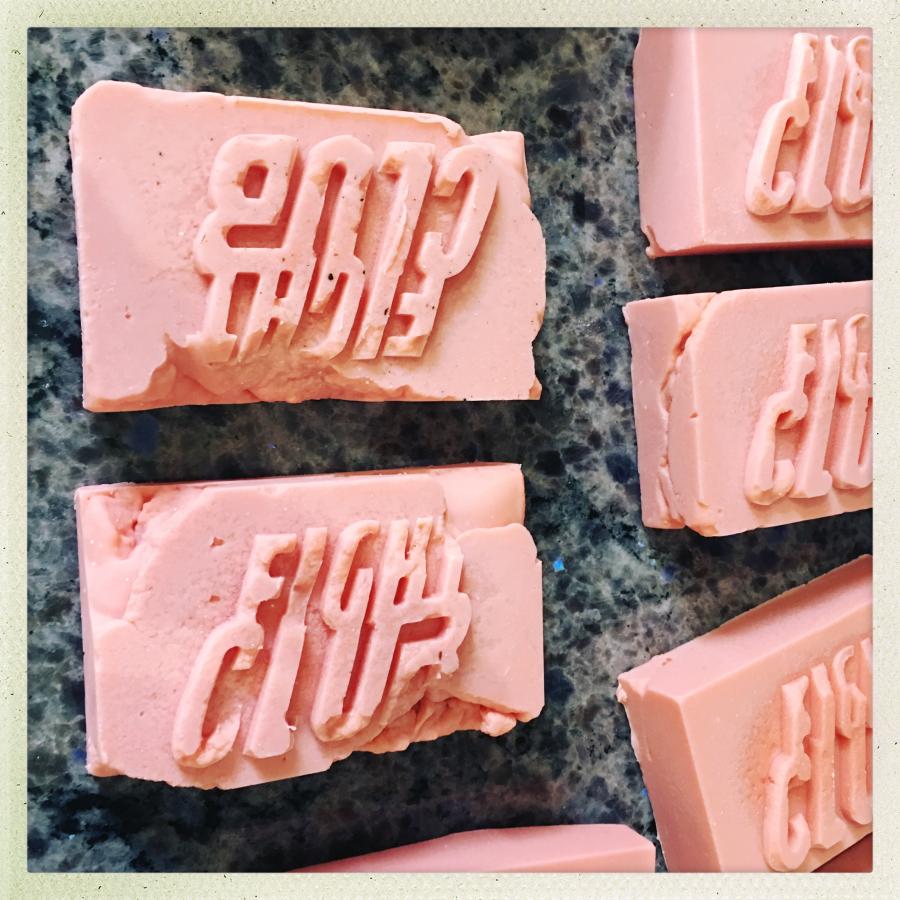 This is what happens if the soap starts to seize while you are still pouring it. It won’t take any detail in the mold and becomes like greasy cheese – you have to spatula it into the mold fast before it sets. It’s still perfectly usable soap but you lose all the details and it looks kind of weird. For Fight Club soap it looks kind of hardcore.

I have a couple donuts and some cookies and a few Book Club bars that aren’t spoken for if anyone wants ’em.

Before anyone asks: yes, I have thought of making logo soaps. One problem is that the current generation of logo designers like to use color. For example, the FtB logo’d make cool soap except it depends on color; I’d have to define it with fine lines and it probably wouldn’t come out. Given it costs me a bit to get the master CNC cut, and there’s all the silicone, I probably won’t bother.

I’ve also had no luck finding a smallish bust of Voltaire. Because I’d love to make Verbena Voltaire soap. I’ll just have to stick with my Lemon Lenin soap; I need to make another batch of those. (I also have a Lennon mold, so I could make Lemon Lennon Lenin sets)