This is cool stuff: (Via Atlas Obscura) dynamically creating fantastical maps of places that never existed. I remember creating maps when I was doing D&D worlds; it’s harder than you’d expect, if you’re trying to make something that looks semi-realistic.

Martin O’Leary’s developed a map maker and a place namer tool, that produces maps that look like the old maps in Tolkein’s Lord Of The Rings edition. 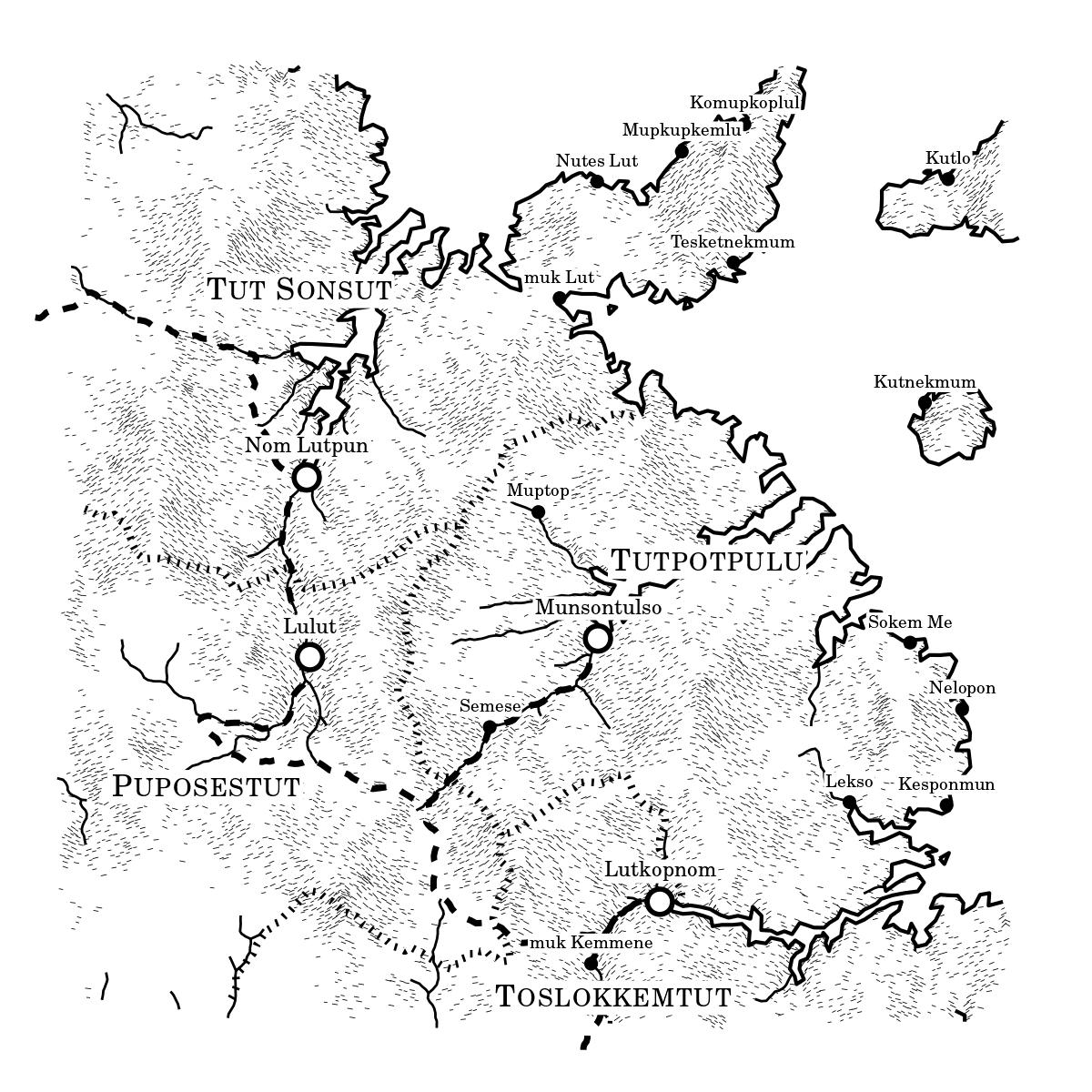 He has a robot that occasionally puts places on Twitter. [twit] So, if you want to imagine a trip to the southern coast of Onjekuj or Moseto Bay, now you can. 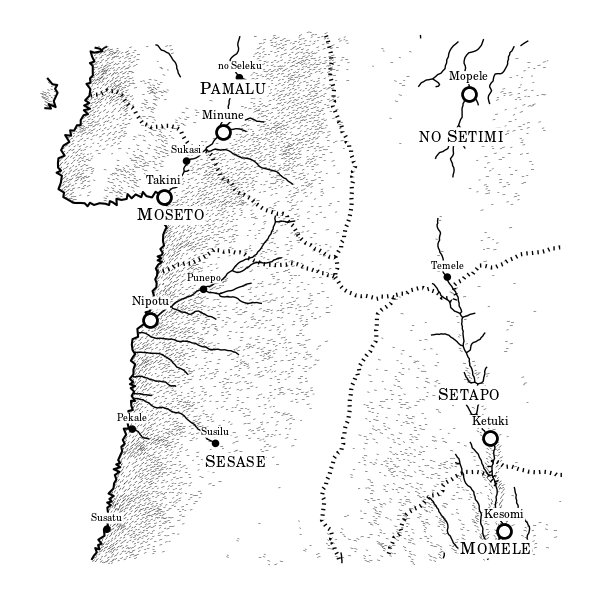 There’s some cool technical description of how the process works including a text mashup generator that writes chunks of fantasy novels:

A traveller, passing into the vast metropolis of Munsontulso, may find hairy teptemekket, the national animal of Tutpotpulu. Somewhat closer to the centre of the city, a traveller will begin to hear the clanging of the bastion clock. Eventually the bouquet of kekutpomnupun bushes fills the wind, and one has undoubtedly arrived.

Castalia House has published worse than that; maybe soon we’ll have a robot Chuck Tingle story generator. (Or maybe Chuck Tingle already is an AI) 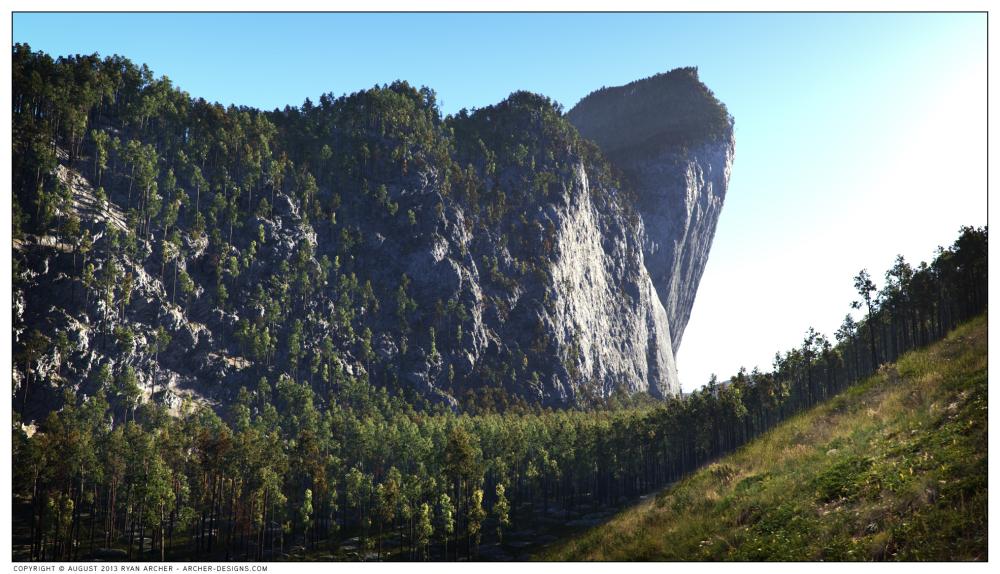 O’Leary is doing typical fractal terrain generation: you set elevation points and clusters, then simulate erosion, look at depth and put water levels, and otherwise get as detailed as you can/want to. Back in 2002 I spent some time in a class taught by Kent Musgrave, who was the fractal brains behind KPT Bryce and who went on to produce MojoWorld. I must say that Bryce was one of the most beautiful pieces of software I ever worked with (damn, I bet it’s fast on a modern system!) [wikipedia] My friend Sazz lived in Bryce-land, because he preferred it to Fargo, ND where actually resided. MojoWorld went on for a while and eventually defunctified – one of the things I liked about it was it procedurally generated realistic forests and grass. [wikipedia]  Terragen is still around, I think. [wikipedia] and nowadays the same techniques are being applied to make game landscapes such as Elite Dangerous’ planets, which are all procedurally generated recursive fractals.

I imagine that one could have a great time with a map generator like O’Leary’s and a fractal landscaper like Terragen. Then wire it up to an engine like the one that drove Populous, and you’re a god like Ray Kurzweil expects us all to be, real soon now. 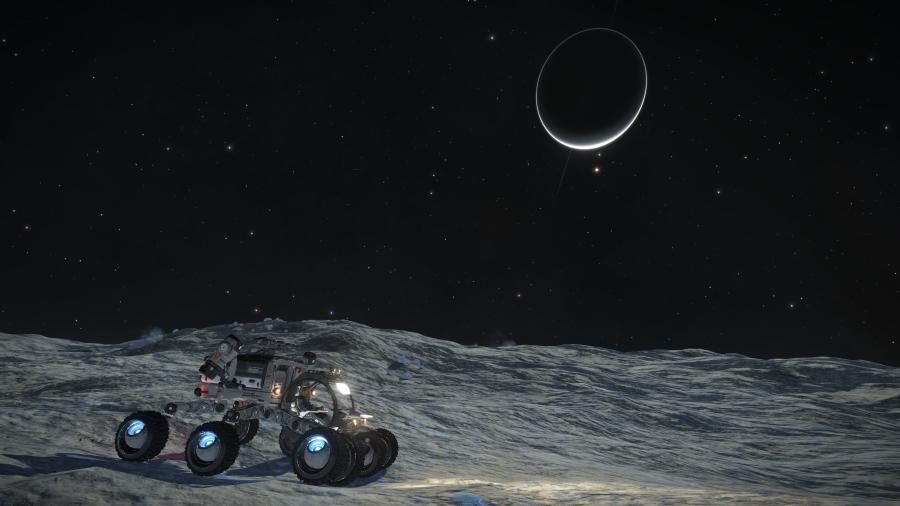 “Walking Back The Cat” » « The Rembrandt of Paybacks